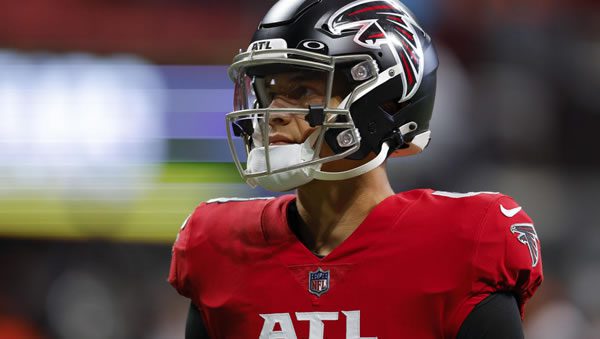 Point Spread: ATL +4/NO -4 (Taking a few minutes to read about reduced juice football betting will save you THOUSANDS of dollars over the years! And it’s FREE!)

Following a week 14 bye, the New Orleans Saints will return to action on Sunday in a NFC South divisional match-up against the Atlanta Falcons inside the Caesars Superdome. The Saints have dropped 4 of their last 5 games including that dramatic loss to Tampa Bay in week 13 in which the Saints blew a two score lead in the 4th quarter. Despite the recent struggles, the Saints will be 4 point favorites when they return to action on Sunday against the Atlanta Falcons and despite the fact that both organizations have just 9 wins combined on the season; both teams are technically still alive in the fight for the NFC South division.

The visiting Falcons are in an eerily similar situation as the Saints. Fresh off a week 14 bye, the Falcons have also lost four of their last five games outright. During the bye week, Head Coach Arthur Smith announced that QB Desmond Ridder would replace Marcus Mariota behind center this week. As many are aware, the Falcons have struggled to produce points this season, and Mariota has not offered much optimism, with 15 touchdowns and nine picks on the season. As a result, the Falcons will turn to their 3rd round rookie under center in hopes to give the offense a boost and perhaps gauge their quarterback situation for the future.

For anyone wondering, Ridder is a pretty big quarterback with an athletic frame. During his tenure at Cincinnati in college, Riddler developed into a mildly accurate quarterback, but it was his dual-threat ability that posed the biggest challenge for defenses. In many ways, Ridder has a very similar style compared to Mariota. The biggest difference is the rookie has never had any experience, and that is something that bettors must consider heavily for this weekend’s match-up against the Saints. Aside from the quarterback situation, rest assured that the Falcons will continue to deploy a heavy running attack which has become the nature of their offense. Therefore, the effectiveness of tailbacks Cordarrelle Patterson and Tyler Allgeier could be important in deciding how well the Falcons move the football.

While the Saints’ defense has been respectable, the offense has been a sight for sore eyes. QB Andy Dalton has been anything but impressive since taking over for Jameis Winston. Somehow RB Alvin Kamara has become a non-factor in the offense, and QB/TE Taysom Hill has even struggled with his utility style opportunities this season. The Saints currently rank 21st in the NFL, averaging just 20.4 points per game, and have combined for just 39 points in their last four losses. Needless to say, the Saints’ offense has produced minimal hope outside of talented rookie WR Chris Olave who has brought in 60 catches for 887 yards with three scores. To summarize things bluntly, both the Saints and the Falcons have performed similarly this season, with struggles on the offensive side of the football. From a match-up perspective, I don’t see anything that presents tremendous advantages for either team, and therefore expect we could see another ugly football game from an offensive standpoint.

While I think the “under” is worth consideration, I am going to lay the points with the Saints. New Orleans returns home following a bye and has the better talent at the skill positions in a game where scoring opportunities could be few and far between. Combine that with the fact Ridder will be taking his first professional snaps under center this week in a tough environment, and I think these circumstances favor the Saints!
Jay’s Pick: Take New Orleans -4. Bet your Week 15 NFL predictions for FREE by scoring a 100% real cash bonus on your first deposit up to $500 by entering bonus code PREDICTEM on the Special Offers page at the web’s oldest and most trusted sportsbook —> Everygame!