Beat Down in the Big D: Steelers vs. Dallas Bet 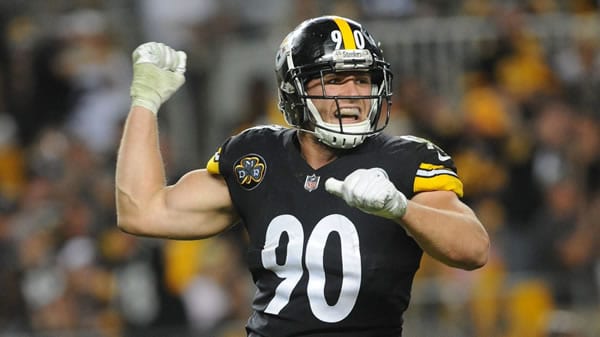 Point Spread: PIT -9.5/DAL +9.5 (Bovada - A sportsbook where your credit card WILL work for deposits! They’ll give you a 50% bonus and rebate ALL your bets win, lose or draw!)

If you have not realized it by now or been living under a rock, the Dallas Cowboys are in complete shambles. Even after a much better defensive effort last Sunday night, the Cowboys still only managed three field goals in a 23-9 loss to the Philadelphia Eagles. It has now been three games since a Cowboys player last visited the endzone going back to their 38-10 loss to Arizona in week 6. The Cowboys have combined for just 22 points in the three games since Dak Prescott went down with a season-ending injury against some of the NFC’s worst teams, and now Dallas will have the unfortunate luxury of facing the NFL’s best defense this Sunday when they meet the Pittsburgh Steelers inside AT&T Stadium.

The Pittsburgh Steelers kept their unbeaten streak alive in their toughest test of the season last week, resulting in a 28-24 victory over Lamar Jackson and the Baltimore Ravens. The Steelers defense rattled the former NFL MVP with an early pick-6 and were aggressive throughout the game, compiling four sacks on the elusive Jackson and forcing four turnovers to yield the victory. In reality, the Steelers offense has not been “great” in recent weeks, but the defense has made up for it with superior play. This week, the NFL’s best defense will get their easiest match-up of the season against a pitiful Cowboys offensive line and failing backup quarterback dilemma in what is a promising betting opportunity.

Cowboys 0-8 ATS on the season

On top of the Cowboys issues, they are the only team in the NFL that is still winless against the spread with an 0-8 mark on the season. For some reason, betting lines are still relatively cautious with this Cowboys team, likely because of the abundance of talent on the offensive side of the football. However, I don’t think bettors should fear the 9.5 point cushion this week. The Cowboys should get QB Andy Dalton back from a concussion this week. While Dalton is definitely better than QB Ben DiNucci that got the start against Philadelphia, he has not been good either. Dalton was awful in the loss to Arizona and backed it up with even more disappointing play in a 3 point offensive output against Washington. Needless to say, the Cowboys weapons on offense are only as good as their supporting cast, and that is the reason to confidently fade this group again on Sunday, which has been the most consistent betting trend of the 2020 season.

Bet on the Steelers defense in week 9

The main reason that I am so confident in this point spread is that the match-up is nearly perfect for Pittsburgh. The Cowboys only decent option on offense is running back Ezekiel Elliott. Even with all of the focus, Elliott still found room to run against Philadelphia last week to get the Dallas offense in scoring positions. However, the entire offense could not do much with the ball movement. This week Elliott will have the unfortunate match-up of going against the NFL’s better run defenses that is allowing just 94 yards per game on the ground. The Steelers love to bring pressure, and I imagine they will bring relentless pressure this Sunday without any respect for Dalton’s ability to make plays. I expect sacks and turnovers for the 4th week in a row against the best defense at producing both categories.

Additionally, I think the Steelers defense and the horrendous play of the Cowboys pass defense will help get the Steelers offense going as well. QB Ben Roethlisberger has been held to 250 passing yards or less in four of the last five games, which is unusual for the expected Hall of Fame quarterback. WR Juju Smith-Schuster has not been nearly as involved in the passing attack as most people expected, and the entire passing offense is under-performing. Luckily, Roethlisberger and company will get an opportunity to get back on track in this week’s match-up. WR Chase Claypool is a speed mismatch for everyone in the Dallas secondary, and there should be plenty of opportunities down the field to capitalize on. If the Steelers defense gets a few turnovers, they may not need to stretch the field, but the opportunity will still be available regardless of game script.

Did you know… 5Dimes has left the market, but you can still bet on games at -105 odds! Get your reduced juice back at BetAnySports! Wagering on games at discounted odds saves you thousands of dollars over the years and trumps ANY signup bonus you can get! Click here to start betting smarter!