Bet the Home Side: Texans vs. Bears Week 3 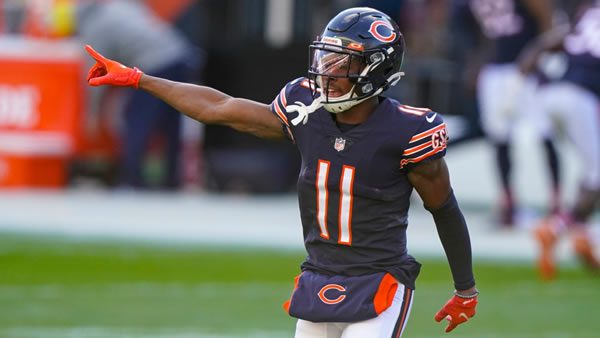 The Houston Texans come into Soldier Field on Sunday to take on the Chicago Bears. Neither team had a good time of it in week two, each absorbing losses. The Texans actually hung in there nicely for the most part against the Broncos on Sunday, eventually falling, 16-9. Following a tie with Indy and now having covered a pair of spreads to open the season, one can say the Texans have been a little better than advertised. We’ll see if they can keep this up against a Bears team coming off a rough 27-10 road loss to Green Bay. Now back where they beat San Francisco in week one, maybe they can find better success this week in what seems like a winnable spot.

It’s hard to get an early gauge on Houston. Yes, they’ve covered twice, and that’s the bottom line. A tie against Indy was a nice start, but the Colts look a bit rough. And so does Denver, where the Texans went on the road and hung in there nicely. Back on the road this week, they face what seems like a team in their wheelhouse in the Bears, but it’s a tough spot—another road game, this time against an NFC North team. But through two weeks, they’ve managed to at least show they’re not out of their element against teams that might not be there yet.

The Bears’ win against the Niners was a nice start to the season, with the weather making it an up-in-the-air affair that might not show much about either team. And not that they were expected to roll at Lambeau on Sunday, but one score on the day was awful. With the Bears down 24-7 at the half, you’d at least think Justin Fields would be dispensed to connect with Darnell Mooney, but Mooney was targeted twice on the day, and Fields ended up with a woeful 11 pass attempts, 70 yards, and a pick. And despite all that, they had a handful of drives struck down by bad breaks where you could almost envision a path where they would have been right in this game. The final verdict is we have too dicey teams where we might know less than we think.

With the Texans, it’s not easy to cross conferences and take to the road with this level of firepower. Davis Mills at quarterback is an equation that seldom delivers. With a featured piece like Brandin Cooks, you’re going to get 3-4 big games a season and a bunch of middling ones. You’re left to bank on the sporadic contributions of Rex Burkhead, rookie Dameon Pierce, or a receiver crew that is really low on difference-makers. But they aren’t always like that. Once in a while, and sometimes when you don’t see it coming, they’ll jump up on you a little bit. Most surprising this season is the lack of success the opposing offense has enjoyed against Houston. Indy was supposed to put a bunch of points on them and couldn’t surpass 20 in almost five quarters’ worth of football. And Denver at home was sitting at 6 points going into the fourth quarter. While they did add a few scores late in the game to sew up the tough win, Houston’s defense was keeping them in the game.

Chicago hasn’t been able to get anything aerial going through two games. Fields could start to connect with Mooney and others, but there are going to be days where it’s anemic. They at least have some juice on the ground, with David Montgomery doing most of the work and capable of carrying this offense in spots. Khalil Herbert is a solid contributor, and Fields can at least show some upside with his legs in spots. This is something they can wield on a Houston defense that has shown to be less than steadfast against the run, even if their line does seem improved. But Chicago has been even worse through two weeks in that area, and this could be a spot where someone like Pierce starts to show his wares.

More picks: Get our Week 3 Raiders at Titans Best Bet

Element that Can’t Be Overlooked

Not that it’s a great sign for the site of a game to be the main asset for a team, but the Texans will be out of their element. A very substantial chunk of this Houston roster has never been to Soldier Field, and it’s not hard seeing the Bears making this a rough, low-scoring game where they emerge at the end against an out-of-sorts Texans squad. It won’t be a fraction as bad as it was in week one against the 49ers, but the weather could still surface on Sunday. And when dealing with two teams with issues on defense of which depths we’re not quite clear, opting for superior or somewhat dependable offensive production could be key, and that nod goes to the Chicago run-game, albeit not by a ton.

Lay the Small Number on the Home Favorite

In the end, we’ll be looking at two sub-.500 teams, but there are levels even within that realm, and where these teams rest on that fulcrum remains to be seen. A -2.5-point quote at Soldier Field in this spot almost suggests the Texans are the Bears’ equal or even a tick better. And sure, the Texans have shown a spark, and maybe there’s some extra mojo with head coach Lovie Smith returning to Soldier Field. They’ve apparently responded well to Smith, and that shouldn’t stop here. If anything, it could surface even more. I’m just not sure that offensively they have the horses to pull it off in this spot. I’ll take the Bears.

Loot’s Prediction to Cover the Point Spread: I’m betting on the Chicago Bears minus 2.5 points. Question: Is your bookie still socking you -110 odds when you place your football bets? If so, you should SERIOUSLY consider making a switch to BetAnySports, because you can bet games at -105 there! Take a second to pencil out how much you would have saved over the course of the last year had you been betting at -105 instead of -110! It’s MASSIVE! Click here to start saving big bucks today!