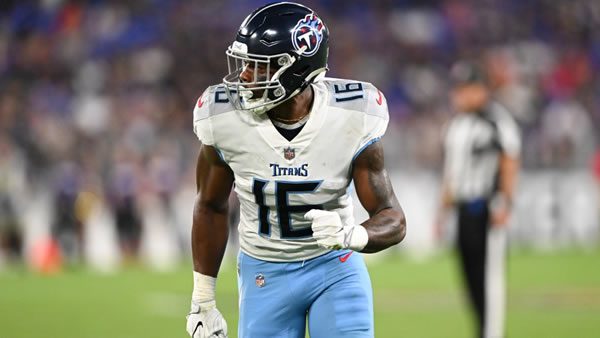 The Las Vegas Raiders come to Nashville on Sunday for an AFC showdown with the Tennessee Titans. It’s been a rough start for both teams, a pair of squads who entered the season with some high hopes. Both teams made the playoffs last season and have started by dropping their first two games, with a combined four non-covers. The Raiders blew a 20-0 lead at home against Arizona on Sunday before losing in OT, 29-23, on a fumble recovery returned for a TD. They now pick up and come into Nashville to face a Titans squad coming off the short week following a 41-7 smashing at the hands of Buffalo on MNF. Who can get their season on the right track this week?

Even if you thought the Titans would come down to earth this season a bit and that the changes the Raiders made wouldn’t make them a ton better, it’s still jarring to see some of these results. The Raiders losing at SoFi in week one to the Chargers didn’t make anyone bat an eyelash, but this past Sunday suggested a team that has a lot to work on. And both of these teams need answers, particularly on defense, where opponents have had too easy a time going on spurts. It might even be worse for the Titans, sponging an upset at home to the Giants in week one before being a sparring partner on MNF for the Bills.

Considering the state of each team, it stands to reason that offense will win the day on Sunday. And that doesn’t mean that either team’s offense is in fine working order because it’s not. We see Derek Carr putting together some decent drives, while most of them just sort of die. Davante Adams is a definite asset, but he also shifted the balance of the offense, and they’re still trying to find their footing entering week three. The Titans have some of the same issues. Their star back Derrick Henry hasn’t gotten loose yet, and a revamped receiver package for Tannehill hasn’t really gelled yet.

Of course, every game is big in this league. But when two fancied teams open the way these teams have, the urgency could be ramped up a bit. Whatever side you take, know ahead of time that the team you’re going against will really be gunning for a win. The Titans benefit from this being at home, but the last time they were here, they lost the Giants. So the Raiders could certainly do one better than that. Still, the Raiders will be out of their time zone for this 1 PM eastern time game, facing a desperate Titans squad on a really tricky road trip.

Which Defense Can Step Up?

Neither team has really distinguished themselves on the defensive side of the ball, save for a few nice individual plays here and there. The Titans opened by having Saquon Barkley run wild on them before yielding a full offensive circus to the Bills on MNF. It really seems they’ve hit a wall. And even when they were doing good, this loomed as an exploitable part of the team—a defense that overly relies on big plays while not really being particularly stout. There haven’t been many positive sequences from this bunch the first two games, and it has forced the offense to come out of character and rely on a young passing crew that wasn’t ready to hit the ground running.

The Raiders might have more immediate hope in this area, being that it at least hasn’t been a total collapse. They have put together some good quarters this season. Granted, the supposed enhanced pass-rush hasn’t really developed. And the defense hasn’t been playing in consort with the offense. In other words, when the offense isn’t putting together big drives and pumping out scores, the defense doesn’t uphold its end of the deal. There have been very few clutch sequences from this group through two games.

More Week 3 Picks: Get the money with Loot’s Week 3 Ravens at Pats Bet

Which Team’s Engine Will Finally Turn Over on Sunday?

With what we’ve seen from this Tennessee defense, the Raiders could be in good shape with their more-proven weaponry. The Titans have a major weapon in Derrick Henry, but the Raiders wield a real difference-maker in Adams. But the Raiders, with Waller, Renfrow (questionable), and Jacobs, have a more-compelling supporting cast, barring the Tennessee rookie receivers suddenly rise up. But it’s still a lot for Carr to use on a defense that has shown itself to be quite porous. But then the mind goes to what Henry can do to a Vegas defense that has little consistency. And if the Raiders manage to curb Henry, what would stop Tannehill from connecting with this young receiving talent? The Raiders’ secondary through two weeks, has been making precious few good plays and cannot sustain anything they do well for too long.

This is a tough spot for the Raiders. It’s a difficult road game out of their wheelhouse against a desperate 0-2 Titans team coming off a one-seed in the AFC last season. It’s just that between the two teams, there have been more flashes of the Raiders being who they want to be. They haven’t made it hold up, and no one can say they look good through two weeks, but they seem slightly more in a position to put together a big game than a Titans squad that is already on the rocks after two weeks and coming off the short week following a humiliating hammering on MNF. I think the Raiders hang in there and get out of Nissan Stadium with the win and cover on Sunday.

Loot’s Prediction to Cover the Point Spread: I’m betting on the Las Vegas Raiders minus 2.5 points. Bet your Week 3 NFL predictions for FREE by taking advantage of a 100% real cash bonus up to $500 when you use bonus code PREDICTEM on the special offers page at the oldest and most trusted sportsbook on the web: Everygame!