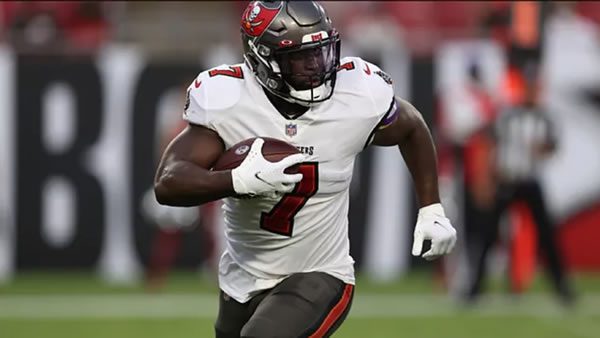 The misery that is the NFC South could be decided on Sunday when the Carolina Panthers travel to Tampa for a date with the Tampa Bay Buccaneers at Raymond James Stadium. The Buccaneers have held the lead in the NFC South for the majority of the season despite the fact that not one single team from the division has a .500 record or better. However, the Carolina Panthers have made a shocking late-season rally, behind interim coach Steve Wilks, by producing wins in 4 of the last six games. At 6-9 SU, the Panthers are now just a single game behind the Buccaneers in the NFC South.

Due to the fact Carolina beat Tampa Bay (21-3) back in week 7, the Panthers would have the advantage in a tie breaker scenario if they can get another win over the Bucs on Sunday. Therefore, this Sunday’s showdown between the Panthers and Buccaneers will have major division implications by either producing another chance for QB Tom Brady in the postseason or perhaps capping off one of the biggest turnarounds in recent memory in the NFL from the Carolina Panthers. Either scenario produces intriguing storylines, and that makes Sunday’s week 17 showdown one of the biggest of the weekend!

If you kept up with the Buccaneers at all this season, then you are probably aware that the 2022 season has not lived up to the lofty expectations that NFL fans have of QB Tom Brady. From a stats perspective, Brady has thrown for 4,178 yards with 21 touchdowns and nine picks. However, those stats likely do not tell the entire story. Brady has not been nearly as sharp this season, and the entire Buccaneers’ offense has been less efficient as a group. On the year, the Bucs have averaged just 17 points per game which is among the bottom five teams in the NFL. The only good news that I can share for Tampa Bay is that the offense is healthy, and the defense has played well. However, I would strongly reiterate the fact this offense has been out of sink, and Brady is trending in the wrong direction with two interceptions in each of the last three games.

Obviously, Brady’s experience, weapons with receivers Mike Evans and Chris Godwin, combined with a strong defense, will still give the Buccaneers chances to win football games even in the postseason. However, I still don’t think anyone would be encouraged by Tampa’s trajectory in recent weeks. For this Sunday’s home stand against Carolina, the Bucs defense holds the biggest advantage from a match-up perspective. Despite the fact Coach Steve Wilks has done a phenomenal job since the firing of former Head Coach Matt Rhule and then losing star RB Christian McCaffrey to the 49ers, the Panthers are still limited with QB Sam Darnold at the helm. To Darnold’s credit, he did play well in last week’s 37-23 win over Detroit, but that was largely because running backs D’Onta Foreman and Chubba Hubbard ran wild, combining for 290 yards on the ground in a breakout performance for the Panthers running attack. The match-up will be completely different this week against one of the better run defenses in the NFC in Tampa Bay. Therefore, Darnold will need to have a bigger impact if Carolina does not get the huge effort on the ground for the 2nd week in a row.

I really would like to see Carolina cap off this miraculous turnaround. However, I don’t believe the match-up favors the Panthers, especially on the road where Carolina’s road/home splits have been pretty terrible. I don’t like either pick in this game with high confidence because of both teams’ inconsistent tendencies. However, in the most important game of the year, give me Brady and the overall better team!

Jay’s Pick: Take Tampa Bay -3. Question! Do you like to save money? Do you find it ridiculous to waste money? Then why are you still laying -110 odds at your bookie when you could be laying only -105 odds? It doesn’t make any sense to overpay! Make your dollars stretch farther in 2023! Bet smart by signing up for a betting account at BetAnySports!