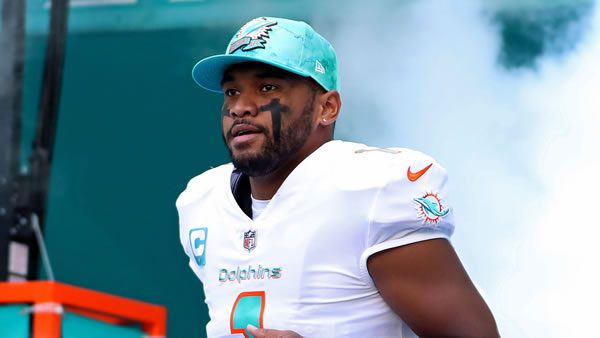 Despite having one of the most entertaining and productive offenses in the NFL this season, the Miami Dolphins are in serious jeopardy of missing the playoffs. Just a few weeks ago, the Dolphins sported one of the best records in the NFL at 8-3 SU. However, the Dolphins have now dropped four straight games, with the most disappointing loss coming in last week’s 26-20 defeat to the Green Bay Packers. As a result, Miami is in desperate need of turning things around to keep their playoff hopes alive, and that makes this Sunday’s divisional showdown with the New England Patriots at Gillette Stadium one of the more intriguing games of the weekend!

The New England Patriots have also been struggling in recent weeks with losses in 4 of the last five games, most of which have been very close losses. Like the Dolphins, the Patriots are still alive for the final AFC Wildcard spot, but they absolutely must win this weekend’s match-up against the Dolphins to keep those postseason hopes alive. Perhaps the biggest thing that the Patriots have going for them this week is the fact that Miami is likely to be without QB Tua Tagovailoa who suffered a concussion in last week’s loss against the Packers. As many are aware, Tagovailoa suffered a scary concussion earlier this season which sidelined the star for multiple games. As a result, the Dolphins are preparing to move forward with QB Teddy Bridgewater on Sunday.

In Bridgewater’s two full games this season, he posted modest results with a 52.4 quarterback rating resulting in 522 yards with three touchdowns and three interceptions. Needless to say, Miami’s high-profile passing attack will not be at full strength this Sunday despite the fact WR Tyreek Hill and WR Jaylen Waddle remain huge threats in the receiving game. Traditionally, Patriots Head Coach Bill Belichick has put the major focus on stopping opponents WR1, and I expect that to be the game plan this week. In the week one opener between the Dolphins and Patriots, Hill produced an 8-94-0 stat line on 12 targets in the Dolphins’ 20-7 victory. Therefore, I’m expecting the Patriots’ defense to give Hill plenty of attention this week as the number 1 opposing threat.

For New England, the chances of winning rely on the ability to do better on the offensive side of the football. The Patriots’ defense has been solid throughout the year, but turnovers by QB Mac Jones coinciding with a subpar offense have been the unit’s, Achilles Heel. There is optimism that the Patriots will get RB Damien Harris back this week. Harris has been sidelined for weeks with a thigh injury, and his return would give the Patriots their 1-2 punch with RB Rhamondre Stevenson. With that said, I would still point out that the Dolphins have been rock solid against the run allowing just 106 yards per game on the ground. The Dolphins’ defense is much more vulnerable through the passing game, and that is why I believe the Patriots’ chances will rely heavily on the performance of QB Mac Jones.

The Patriots have hit the “under” in every one of their AFC East divisional match-ups this season. Due to the circumstances around this game and the advantage each defense will possess from a match-up perspective; I think the “under” will be the play again this week as well.
Jay’s Pick: Take the under 42. Question! Do you like to save money? Do you find it ridiculous to waste money? Then why are you still laying -110 odds at your bookie when you could be laying only -105 odds? It doesn’t make any sense to overpay! Make your dollars stretch farther in 2023! Bet smart by signing up for a betting account at BetAnySports!