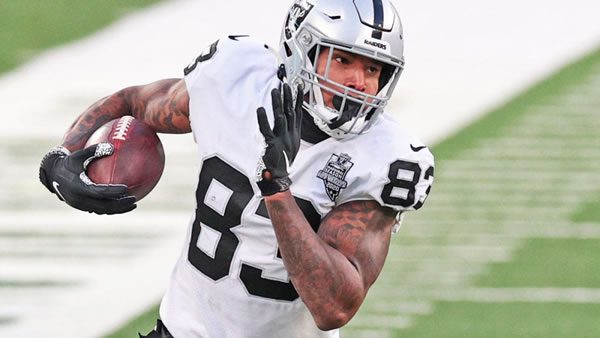 Game 272 of the NFL 2021 season takes place on Sunday Night in Sin City between the Los Angeles Chargers and the Las Vegas Raiders. The winner earns the last AFC playoff spot, and BETANYSPORTS (Home of -105 betting odds) has made the visiting Chargers 3 point favorites. The play is to buy a ticket on the home dog Raiders. Here is the handicap.

Las Vegas Is The Tougher Team

The Raiders have been through a lot this year. They endured the Jon Gruden fiasco, including figuring out their offense without him, then had to deal with the Henry Ruggs driving issue, on top of issues every team has dealt with, such as Covid. The Raiders have been underdogs in 10 of their 16 games and have outright won 6 of those games, including their last three contests. With everything going on this year, they have found ways to win games and been on the edge of the playoffs all year. Derek Carr leads the toughness, as he has not missed a game this year and taken every snap except for some designed Wildcat plays for Marcus Mariota. Carr is completing just under 70% of his passes and has a chance to get over 5000 yards with a big night Sunday. Josh Jacobs has been setting the table over the last two weeks with 192 yards and his 8th touchdown of the year. The Raiders will look to “ground and pound” the ball against the Chargers this week to keep the chains moving and count on Carr to make some big plays with the game on the line.

The Chargers are one of the easier defenses to run on. They are 30th in the league in total rushing yards allowed, and teams can run at will against them when they want. In the last five weeks, they have given up 147 rushing yards to the Broncos, 135 to the Giants, and 189 to the Texans. When these teams met in week 4, the Chargers raced out to a 21 point lead that kept the Raiders from getting their running game going but look for Vegas to be more dedicated to the run this week. The Chargers are better against the pass but still just middle of the pack. Even with stud pass rusher Joey Bosa, they are only 22nd in QB sacks, so Carr will have time – which makes him a much better passer. I look for the Raiders to have offensive success, controlling the clock and scoring at least in the 20s.

The Chargers Are Inconsistent

Justin Herbert and the Charger offense play some games to make us think they are one of the 3 or 4 best offenses in the NFL, but some games, they just have problems. They have turned the ball over ten times in the last six games, including three against the Texans two weeks ago that they just didn’t show up. Justin Herbert – who has also taken every snap for his squad – is the poster child for the inconsistency, tossing six picks in the last six games. The Chargers go as Herbert goes. At least they have this year. When Herbert is sharp, the Chargers are efficient and generally have come out on top but have fallen when Herbert struggles. Herbert has not been as good in the second half of the year, and I don’t think he gives us his best game this week. This is basically a playoff game, so the speed of the game and the pressure are notched up.

The Raiders pass defense comes in playing well, allowing only 142 passing yards per game over their last three contests – but Herbert will be the best QB they have faced in the last month. The Raiders are tied with Chargers with only 32 sacks on the year, so the key to the game could be who gets the most pressure. I like Vegas defensive coordinator Gus Bradley to be able to scheme up some packages to give his defense a chance. They have only given up 16 points per game in their last three, and their run defense has been very strong against 3 of the best rushing teams in the league.

More Picks: ZMan says to watch for this before betting this game >>> Bengals vs. Browns >>>

I don’t understand why the Chargers are 3 point road favorites in this one. In the week four game in Los Angeles, the Chargers were 3 point favorites at home – so shouldn’t Vegas be 1 point favorites at home. LA gets a lot of love based on Herbert’s highlight reel throws, and Coach Brandon Staley’s going for it on 4th downs. But both of these teams lost seven games, and they have basically played the same schedule. Home field is not what it used to be, but I expect Allegiant Field to be rocking on Sunday night when the Raiders take the field. This will be the most raucous crowd Herbert has played in front of, which will turn up the heat on him. This game should be a pick-em.

Take The Points With The Raiders

The play-in game 272 is to take the three points with the Raiders. Vegas has had their backs against the wall the last three weeks, playing as underdogs in must-win situations, and have outright won all three. Look for more magic in Vegas on Sunday Night. Bet your Charger/Raiders pick and ALL your week 18 NFL predictions for free by taking adantage of a 100% real cash bonus on your first deposit of $100 to $300 at MyBookie Sportsbook! (Must use bonus code PREDICT100 when registering for a betting account).