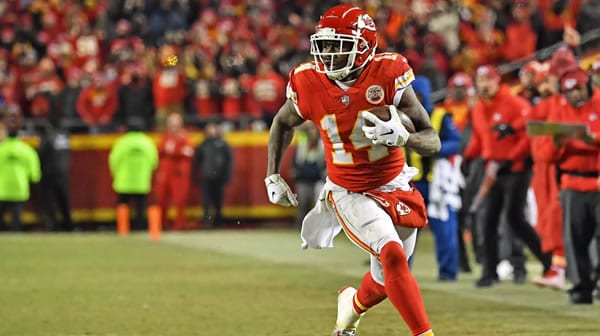 The NFL offers up a possible Super Bowl preview this week as the defending champion Chiefs visit New Orleans to take on the Saints Sunday afternoon at the Superdome. Kansas City just clinched another AFC West title and now shoots to secure the No. 1 seed in the upcoming AFC playoffs. The Saints, meanwhile, just gave up the No. 1 seed in the NFC, at least for the moment, and will probably play another game without quarterback Drew Brees. KC is lined as a field goal favorite on the road for this one; who’s our choice for our free NFL betting pick?

Week 15 NFL betting odds opened Kansas City as a three-point favorite for this game, with an over/under of 51. Early betting action then edged that total up to 51.5.

Kansas City carries an eight-game winning streak into Sunday, after beating Miami last week 33-27. The Chiefs spotted the Dolphins the first 10 points of the game but scored twice to take a 14-10 lead into halftime. KC then scored three touchdowns in the first eight minutes of the second half to take control, and held on from there for the victory.

Unfortunately for Chiefs financial backers KC gave up 17 fourth-quarter points, the last three on a Miami field goal with 16 seconds left, to cough up the cover at -7.5.

Kansas City out-gained the Dolphins 448-367 despite running 16 fewer offensive plays. The Chiefs also managed to overcome four turnovers, thanks to several big offensive plays, a punt return for a score and a sack for a safety.

KC has now out-gained each of its last four opponents by an average of 105 yards per.

Apparently, the oddmakers are not your friend when you like Kansas City.

At 12-1 overall the Chiefs are already champions of the AFC West again, and they now lead Pittsburgh by one game in the battle for the No. 1 seed in the AFC.

New Orleans, meanwhile, just had a nine-game winning streak snapped by a 24-21 loss at Philadelphia last week. The Saints, playing as eight-point favorites without Brees against an Eagles team starting a rookie at quarterback, gave up the first three scores of the game to trail 17-0 into halftime. New Orleans rallied to within 17-14 in the third quarter 24-21 with a minute and a half to go but couldn’t get the ball back and suffered its first defeat since Week 3 against Green Bay.

The Saints got out-gained by Philadelphia 413-358, although 82 of the yards the New Orleans defense allowed came on one play. But the Saints also missed a make-able field goal, gave up a 15-yard touchdown pass on a fourth down, had a ball intercepted off a receiver’s hands, allowed an 82-yard touchdown run and failed on a crucial 4th-and-2 inside Eagles territory in the fourth quarter, leading to Philly’s game-clinching score.

In other words, a lot of things went wrong for New Orleans last week.

At 10-3 overall the Saints lead the NFC South by two games over second-place Tampa Bay but they also now trail Green Bay by a tie-breaker in the battle for the No. 1 seed in the NFC.

These two teams have played five common opponents this season; New Orleans is 5-1 SU, 3-3 ATS against the Chargers, Raiders, Broncos, Panthers and Buccaneers, while Kansas City is 5-1 SU, 2-4 ATS vs. that slate of foes.

Unders are 7-6 in Chiefs games this season, which are averaging 53 total points.

Overs are 8-5 in Saints games this season, which are averaging 49 points.

Kansas City owns the better offense but New Orleans owns the better defense, and we love betting the better defense in match-ups like this. Also, the Saints have had success without Brees over the last couple of seasons, so they’re no strangers to playing without him. Also, we expect a bounce-back performance from New Orleans this week, after last week’s debacle in Philly. We’ll take the Saints here. Give yourself an early Christmas gift! -105 odds! STOP laying -110! You-are-wasting-your-money! Start betting for a cheaper price at BetAnySports! Reduced vigorish is the gift that keeps on giving!