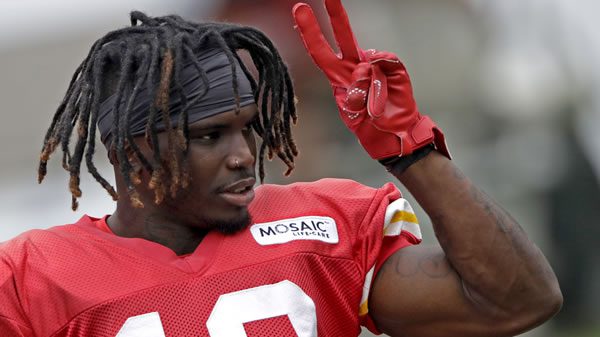 It took QB Patrick Mahomes just 13 seconds to cement his legacy in last week”s AFC Divisional Round match-up against the Buffalo Bills. In just 3 plays, Mahomes led the Chiefs down the field to set-up a game tying field goal and then took just 8 plays to lead the Chiefs to a game winning touchdown in overtime. Overall, Kansas City flexed the same offensive firepower that has represented the AFC in the last two Super Bowls. On Sunday, the Chiefs will have an opportunity to earn another Super Bowl ticket when they host the Cincinnati Bengals at Arrowhead Stadium in the AFC Championship Game.

When the Chiefs return to Arrowhead Stadium on Sunday, they will be 7 point favorites over the visiting Cincinnati Bengals who are looking for their first Super Bowl ticket since 1989. The Bengals path to the AFC Title Game has been highlighted by a dominant 6 weeks of football which have produced 5 wins in the last 6 games. Last week, Cincinnati pulled out a nail biter by knocking off the #1 seed in Tennessee in a 19-16 finale. The Bengals offense had a relatively quiet performance and gave up 9 sacks against a tough Titans defense. However, QB Joe Burrow was still able to hit 28 of 37 passing for 348 yards to produce just enough offense to pull out the victory. Aside from the somewhat mundane performance against Tennessee, Cincinnati”s offense has been one of the most productive units in the league and Burrow has shown elite potential which makes Sunday”s showdown for the AFC Title a tale of two of the best young quarterbacks in the league.

In many ways, this is a showdown that many NFL fans have been wanting to see though many doubted that Burrow would excel to the level he is playing at in such a short time. While Kansas City”s dynamic offense is well known with WR Tyreek Hill, TE Travis Kelce, and the brilliant play-caller in Head Coach Andy Reid, Cincinnati may have the most underrated offense in the NFL. Burrow”s numbers have been downright stellar, completing 70% passing for 4,611 yards with 34 touchdowns and 14 picks during the regular season. Aside from Burrow, the Bengals have arguably the most talented receiving corps in the league with rookie WR Jamar Chase, WR Tee Higgins, and WR Tyler Boyd. Specifically, Chase has been outright incredible with 81 receptions totaling nearly 1,700 yards and 13 touchdowns on the season. Needless to say, this will be a rare match-up where the offense opposing Kansas City has just as much firepower as the Chiefs.

From a match-up perspective, many “experts” are going to point out that the Bengals offensive line will be a liability in this match-up. While I would not disagree with that statement, I would also expect extreme focus on the OL”s performance this week following the 9 sack disaster against Tennessee and to be honest; a few of those sacks were on Burrow for not getting rid of the football. If the offensive line can just avoid another disastrous performance, the Bengals can take aim at a Chiefs pass defense that has given up 251 yards per game on the season which is the 6th worst average in the league. As a result, I really like the Bengals to make some noise in this game and keep the pressure on Kansas City. While some may consider the 54 point betting total lofty, the Chiefs have produced two 40+ point games in the playoffs and are averaging 37 points over the last 6 games. If the Bengals do their part like I expect, I believe the 54 point total has a high likelihood of being breached.

Jay’s Pick: Over 54. Bet your NFL playoffs picks for FREE by taking advantage of a 100% REAL CASH bonus on your first deposit of $100 to $300 at MyBookie Sportsbook. Must enter bonus code PREDICT100 to get the special bonus credited!