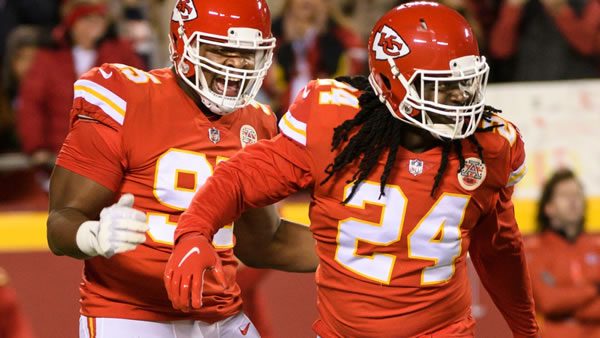 The Cincinnati Bengals head to Kansas City on Sunday to battle the Chiefs for a right to represent the AFC in Super Bowl 56. This is a rematch of a Week 17 game that saw the Bengals upset the Chiefs 34-31 as 4 point home underdogs. BETANYSPORTS.EU is making the Chiefs 7 point favorites and has set the game total at 54½. Let’s take the 7 points with Joe Burrow and count on the Bengals to keep this game close and cover the number. Here is the handicap.

Cincy Can Keep Up

Burrow and the Bengals have elevated their game in 2022, culminating with their week 17 win against the Chiefs that locked up the AFC North Championship. Cincy’s receiving weapons – led by Rookie Ja’Marr Chase is arguably a top 2 or 3 group in the league and were impossible for the Chiefs to match up with earlier this month. Chase lit up the KC secondary for 266 yards and three touchdowns, making Tee Higgens, Tyler Boyd, and C.J. Uzomah merely role players in that game. But that group combined for 190 catches on the season and 16 touchdowns. Burrow was 6th in the league in passing yards, and the Bengals led the league averaging 8.7 yards per pass attempt. Joe Mixon has established himself as a top-shelf running back and will be able to move the ball on the ground this week, along with helping out in the passing game. The Bengals only punted three times in week 17 on their way to 34 points, so they have proven they have the horses on offense. The big concern with Cincy is their offensive line. They were overpowered last week by the Titans, with Burrow going down nine times. Cincy suffered 55 sacks on the year, including four times in Week 17, and it’s safe to say they won’t have it figured out by Sunday. Burrow will be getting beat up again, but that hasn’t slowed him down yet.

KC’s defense has improved as the year has progressed, but they are still a liability. They were 24th in the league in opponent’s yards per pass attempt and 29th in sacks. Star Safety Tyrann Mathieu left the Buffalo contest, and his availability is unknown, which could be a huge blow if he can’t go. Josh Allen threw for 329 yards last week in Arrowhead, including finding open receivers every time the game was on the line – often due to breakdowns in the secondary while only being sacked twice. They should be able to get more pressure on Burrow but will not take him down nine times as the Titans did. I think the Bengals move the ball and score enough this week to keep the game close.

Mahomes is undoubtedly the best player in the league, and Andy Reid is probably the best offensive coach in the league. They proved last week that they are never out of a game, but they have also proven they don’t bury opponents that have good offenses. They led the Bengals 28-17 in week 17 late in the 3rd quarter but only were able to put up three more points. KC led 26-21 last week with the ball in the 4th quarter but couldn’t score and put the game away. The Chiefs have ran away and covered against teams that can’t score, like the Steelers, Raiders, and Broncos. They did cover the short spread last week and in week 15 against the Chargers, but the number was less than a touchdown, and both games went to OT. There is no doubt Mahomes is going to move the offense and score probably in the 30s against the Bengals, but the offense can’t cover up for the weakness of the defense when they have to win by more than a touchdown.

Cincy’s defense is a middle-of-the-pack unit that had some success against the Chiefs earlier in the month. Cincy will again employee the ‘bend but don’t break’ strategy. They were able to limit Mahomes to 259 passing yards, with only 65 of them going to Tyreek Hill and Travis Kelce. It will be tough to keep those guys at 65 yards this week, but Cincy has enough talent to get some stops when they need them. Cincy took the ball away three times last week against the Titans and will look to steal some possession this week also. KC is going to score this week, but they are not going to run away.

Seven Points Is Too Many

On January 2, when these teams met, KC was 4 point favorites on the road, so the 7 point line at Arrowhead might make sense. But the Bengals really proved they shouldn’t have been such big underdogs in that game, as they did last week in Nashville. Cincy has covered their last five games (again throwing out week 18), and they were underdogs in 3 of those games. With such a big line, there is always an opportunity to get the back door, especially against a Chief defense that will play real soft if the lead by more than 8 points late in the game. KC’s miracle win last week will bring in the public money and help pad the number for Cincinnati. I would have expected this line to be no higher than 6, and it will probably trend that way as the week wears on.

I fully expect the Chiefs to win and make it to their 3rd straight big game, but I definitely think the Bengals keep this game close. KC’s defense can’t stop the Bengals attack, so back Burrow and company at Arrowhead.