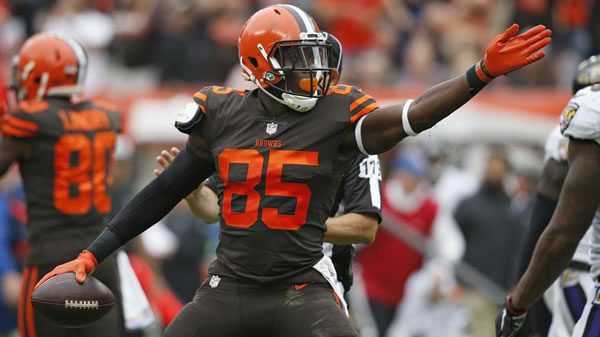 The Bengals seem to be turning things on at the right time, and now they come up against the one team that they just can’t seem to solve. Cincinnati is 8-2 SU and 9-1 ATS over its past ten games, and the one game where the Bengals failed to cover came against the team up Interstate 71, the Cleveland Browns. For whatever reason, the Browns seem to save their best games for the Bengals, as Cleveland has now won eight of nine against Cincinnati and hasn’t lost to the Bengals since the trip to southwestern Ohio in 2019.

But this Cleveland team has really struggled away from northeast Ohio, as they’ve now failed to win in four of their past five trips away from Cuyahoga County. Granted, Cleveland has played a rather tough road schedule in getting Buffalo, Miami, and Baltimore away from home. But, there’s also a loss to Atlanta in there, and it took a trip to Houston to finally get the Browns a win away from home. Cleveland has little chance of sneaking into the playoff race, but the Browns have won two straight and would love to ruin things for their Ohio rivals. Can Cleveland keep this streak going?

How the Public is Betting the Cleveland/Cincinnati Game

The public and the sharps are in full agreement on how this one’s going to go. The line has shifted two points in the Bengals’ favor, jumping from -4.5 to -6.5, while 73% of tickets have come in on the Bengals. The total has dipped from 49.5 to 47.5.

With Deshaun Watson back on the field, Cleveland’s offense changes. That presents a real headache for Cincinnati because the Bengals had real problems stopping the Browns when Jacoby Brissett was running the show. The last time the teams met, Cleveland rolled up 440 yards of offense and led 25-0 at the end of three quarters, as Cincinnati proved equally ineffective at stopping either the run or the pass.

The question is, do the Browns choose to ride with Chubb or give Watson greater responsibility in the offense? Cleveland has little chance to make a run into the playoffs, as the Browns would probably have to run the table and hope for some chaos in the AFC East. At some point, they will give Watson a larger role in the offense, but this might not be the game in which to do it. Cleveland has home games with Baltimore and New Orleans coming up, and that might be the ideal time to work Watson into the offense, given that the Browns have had plenty of success against the Bengals without turning to Watson. In either case, expect Chubb to keep pounding away at the Cincinnati defense from start to finish.

It’s pretty clear at this point what Cincinnati is going to do. The Bengals are going to attempt to put up big numbers through the air with Joe Burrow, and if you can stop them, more power to you. Cincinnati has gone 8-4 to this point, and it’s not a coincidence that the Bengals are 7-1 when Burrow throws for at least 250 yards and 1-3 when he doesn’t.

Against the Browns, he came close, but he needed 35 passing attempts to get there and only averaged 6.6 yards per passing attempt. That’s another stat to know about the Bengals’ passing attack: when Burrow completes his passes for at least seven yards per catch, the Bengals are undefeated. When he manages 6.9 or fewer, Cincinnati is 0-4. The potential loss of Mixon might hurt, but Cincinnati is so pass-dependent that Mixon being at less than 100% might not matter here.

Eventually, Cincinnati is going to figure this out, but the general move in this matchup is to just take the over and the underdog. The underdog has covered in six straight matchups, and the over has cashed six consecutive times in Cincinnati. For all of the Browns’ success in recent years against the Bengals, it’s only recently that they’ve started to cover the number. Cleveland has gone 4-12 ATS in its last 16 matchups against Cincinnati, as they’ve been favored more often than not up until last year.

The weather shouldn’t present too many problems here. Temperatures will sit at around 50 degrees with little chance of rain and sustained winds of eight miles per hour toward the northwest.

For whatever reason, Cleveland keeps finding a way to pull this out against Cincinnati. The Bengals should be the more talented team. They should end up winning fairly comfortably. But this seems like a “something weird happens” game and Cleveland manages a backdoor cover in this matchup.

It’s not the easiest play to make, but I will take the Browns and the points. Need more help beating your bookie? Check out what the Predictem Pros are playing in Week 14!