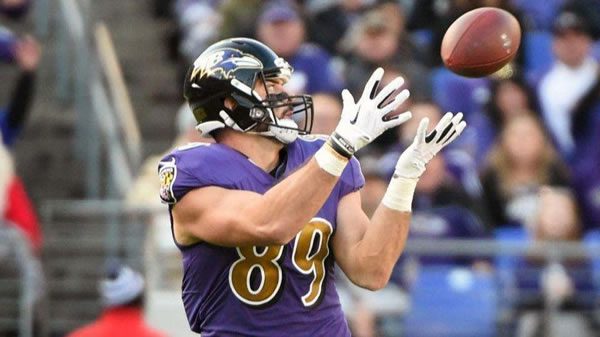 To say this season hasn’t worked out for the Broncos is a little like saying the Titanic had a small leak. 2022 has proven disastrous for Denver, as the Broncos have just three wins and now face the very real possibility of handing Seattle a top-five draft pick. Only Houston’s total ineptitude has kept the Broncos short of giving the Seahawks the No. 1 choice, as Denver’s offense has barely accomplished anything this season. The Broncos rank dead last in points per game with 14.3. They haven’t won a game on American soil since Sept. 25 (their one win over the past eight weeks came over Jacksonville in London) and have failed to score more than 16 points in six of their past seven games. And this might get worse before it gets better, as the Broncos are now openly fighting amongst themselves as Russell Wilson continues to flounder.

Baltimore was seemingly sitting pretty after a four-game winning streak that included its second divisional win of the season, but the Ravens squandered that momentum by losing to Jacksonville. Baltimore now finds itself in a tight spot moving forward, as Cincinnati is coming on strong and could be in a prime position to catch the Ravens and claim the division. In this game, Baltimore’s in a strong spot because the Ravens’ biggest strength on offense matches up with the Broncos’ biggest weakness, as the Ravens want to keep the ball on the ground as much as possible.

How the Public is Betting the Denver/Baltimore Game

The public and the sharps agreed on this one, as the spread has increased from -7.5 to -8.5, with 68% of the tickets coming in on the Ravens. The total is unchanged.

The one good thing you can say about Denver’s passing offense is that the yardage is improving. But Denver’s yards haven’t been worth much because the Broncos keep stalling out when they get down to the opponent’s half of the field. Russell Wilson hasn’t been making good decisions with the football and is completing only about 58% percent of his passes, which just isn’t good enough. The Broncos are far too reliant on their defense and have turned into an offense that plays as if the defense is always going to bail them out.

The Broncos have virtually no run threat, as Melvin Gordon and Latavius Murray rarely get into a flow in their games, and letting Russ cook has proven disastrous all season long. The Broncos aren’t turning the ball over; they’re just not getting the job done when they get close to the end zone. There’s a reason that the under has cashed in 10 of Denver’s 11 games this season, and it’s because the Broncos rarely cash in and rarely allow opponents to cash in. Throw in a 0-5 ATS mark on the road this season, and it’s easy to see where the problems are with Denver.

The way the Ravens run the ball should work out well for them in this game, as Denver usually stops teams from throwing the football. That’s not where Lamar Jackson likes to go as his first option, so there should be plenty of space available for him to pick up yardage, assuming he plays.

If Tyler Huntley has to play, this flips because Huntley doesn’t bring the same kind of elusive ability that Jackson does. Huntley can run the ball when he has to, but he’s not the same kind of runner as Jackson, so Gus Edwards might feature more prominently in the attack if Jackson can’t go. But unless the ball is going to Mark Andrews, the Ravens really tend to shy away from throwing the ball. Baltimore knows what its strength is, and that strength is chewing up yardage and keeping the clock moving.

Denver has really struggled when playing in Maryland. The Broncos are 1-6 ATS in the past seven trips to Baltimore, and they’re 4-10 overall in 14 matchups with the Ravens. Denver really hasn’t done much of anything in December or against AFC opponents, failing to cover in five of six in December and covering in just four of their past 18 against conference opponents.

The weather shouldn’t play too much of a role in this matchup. It’s going to be a chilly day in Baltimore, with temperatures at 46 degrees, with the wind at five miles per hour to the east, but both of these teams are used to those conditions.

I don’t really want to trust either side here. Denver has proven to be a mess all season, and Baltimore has a bad habit of letting teams hang around with them. The Ravens are 1-6-1 ATS on the season when giving three points or more, and the Ravens have played out eight games that have been decided by five points or less.

Baltimore just doesn’t blow teams out. Denver’s defense is good enough to keep them in the game, so I’ll reluctantly take Denver and the points. Bet your Pro Football Predictions for FREE this week by scoring a 100% real cash bonus up to $500 when you enter bonus promo code PREDICTEM on the Special Offers page at the web’s oldest and most trusted sportsbook: Everygame!