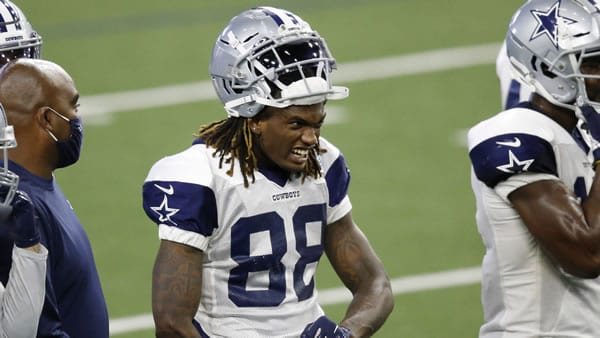 The Dallas Cowboys appear poised to make a late-season charge at the NFC East crown. While the Eagles currently hold the top spot with the best record (10-1 SU) in the NFL, the Cowboys are just two games behind with a very favorable schedule over the next several weeks. More importantly, the Cowboys are playing at a very high level which has been seen in back-to-back weeks with dominating wins over the Vikings and Giants. This Sunday, Dallas will get a chance to keep their momentum going when they host the Indianapolis Colts at AT&T Stadium as heavy 11-point favorites.

While the Cowboys appear to have all the momentum in the world, the exact opposite can be stated for the Indianapolis Colts. After firing Head Coach Frank Reich, interim coach Jeff Saturday is just 1-2 SU in his three games as the head man in charge. In reality, the Colts are still struggling with the same issues witnessed under the Reich regime, which has been absolutely pathetic performances on the offensive side of the football. The Colts rank 2nd to last in the NFL, averaging just 15.8 points per game, and have not shown any signs of improvement. In fact, the Colts had one of their worst performances in games last Monday when they fell to the struggling Pittsburgh Steelers in a 24-17 defeat on Monday Night Football. Now that same struggling offense will be faced with the task of keeping pace with one of the more prominent offenses in the NFL via the Dallas Cowboys.

The Colts’ struggles on offense can be attributed solely to the play of QB Matt Ryan. Ryan has been among the worst quarterbacks in football this year and while the statistics may not say as much, rest assured Ryan has struggled to hit any completions beyond his 1st option within 10 yards of the line of scrimmage. If the first option is not open or pressure gets to Ryan, he has been in full panic mode. Keep in mind, this is the same reason the Colts benched Ryan prior to Reich’s exit, but interim coach Jeff Saturday went back to Ryan as the starter. However, nothing has changed throughout the course of the season, and that is extremely concerning against a Dallas defense that leads the NFL in pressure rate and sacks.

While Indianapolis will rely on the ground game and RB Jonathan Taylor, the question becomes can the Colts produce enough scoring opportunities to keep pace with a Cowboys offense that is averaging nearly 34 points per game over their past five games? With that said, I would warn bettors that Dallas will likely see some regression this week in the scoring department. Despite the Colts’ concerns on offense, the Indianapolis defense has played well, especially against the run, where the Cowboys like to attack with their two-headed monster in running backs, Tony Pollard and Ezekiel Elliott. If the Colts can limit the Cowboys’ success on the ground and defend the screen passes to those running backs in the flats, QB Dak Prescott will be needed more than desired. By the way, Prescott has tossed two interceptions in 2 of his last three games and has not exactly been flawless by any stretch of the imagination in recent weeks.

I really think this game will be closer than most expect. I believe both defenses have the upper hand in this match-up which will lead to far fewer scoring opportunities. While I have concerns that the Cowboys’ defense could shut Ryan down and potentially force turnovers, I like the Colts to keep this one close based on the match-up!
Jay’s Pick: Take Indianapolis +11