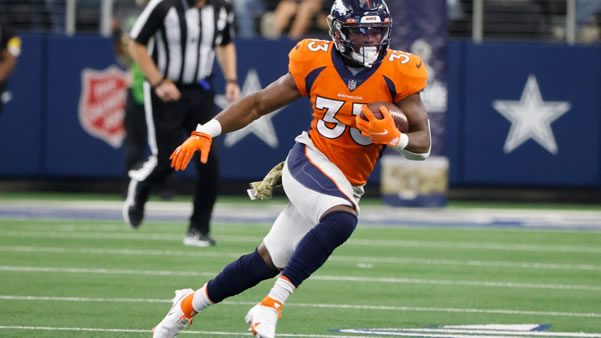 The AFC West has been the league’s most competitive division in 2021, and we have an excellent match-up in week 13 as the Denver Broncos visit the Chiefs in Kansas City. BETANYSPORTS.EU (Home of -105 odds instead of -110) has set the Chiefs as 10 point favorites, and the game total at 47. Let’s take the points and count on the Broncos to keep the game within the number. Here is the handicap.

Coming into 2021, the narrative on the Chief offense was it couldn’t be stopped. The narrative after week 9 was the Chief offense had lost it, and this wasn’t their year. After a few better performances, we are back to the ‘unstoppable’ narrative. The truth is somewhere in the middle. KC had a breakout performance against the Raiders in Week 10 but followed that up by not reaching 20 points against the Cowboys. Mahomes is finally starting to take what the defenses are giving him, and Andy Reid is finding ways to get Tyreek Hill the ball in space. Clyde Edwards-Helaire returned against Dallas and stabilized the running game, going for 63 yards on 12 carries and scoring a touchdown. Reid still has not been able to find another player to take pressure off of Hill and Kelce in the passing game. Defenses know they can play deep and know if they take away the bomb to Hill, they have a chance. Mahomes threw his 11th interception of the season, and the Chief offense lost their 11th fumble of the year against the Cowboys, so KC is far from automatic. Mahomes and company is only 16th in the league at scoring touchdowns in the red zone, so the Broncos know they have a chance if they don’t give up the big play.

Vic Fangio will have his Bronco defense ready for the Chiefs. The Broncos ranks 3rd in the league in points allowed. Their focus is and will be this week to stop the pass by confusing the offense. They average 2½ sacks per game, so they will be able to get some pressure on Mahomes and will prioritize locking down Hill and keeping him under control. Denver will not get overly concerned with Edwards-Helaire or the running game, as they know Reid has no interest in running it down their throats. Denver will instead focus on disrupting Mahomes to get him and one of his receivers on different pages and force a turnover. Look for Denver to have success at taking away Hill and keeping Kelce in front of the defense. This will make one of KC’s other weapons play a bigger role, which will play into Denver’s strength.

Denver’s Offense Has a Lot of Weapons

Denver’s offense is the exact opposite of Kansas City’s. Denver has two solid running backs, four solid receivers, and a mediocre quarterback. Denver’s running back combo of Javonte Williams and Melvin Gordon are averaging over 100 yards per game and 4.7 yards per carry. Last week against the Chargers, they racked up 209 yards from scrimmage. If KC sells out to stop the run, QB Teddy Bridgewater can work to receivers Jerry Jeudy, Tim Patrick, and Courtland Sutton. The trio are all high-level route runners and all capable of making big plays. Bridgewater has had some good moments this year, but he still limits the ceiling of his receivers. Denver will play a patient offense this week, trying to grind out long drives on the ground, mixing in play-action passes to one of the receivers or tight end Noah Fant. Denver averages 20 points per game, and there is no reason to think they can’t get there this week.
KC’s defense has been playing better as the offense has faltered. They have only allowed 12 points per game over the past four games and allowed less than 300 yards per game over the same span of games -which includes games against the Raiders and Cowboys. The Chiefs run defense has tightened up over that time, holding Dallas’ vaunted rushing attack to 82 yards in week 11. KC will focus on stopping the run, then D Coordinator Steve Spagnuolo will dial up blitzes to get after Bridgewater. KC only has 19 sacks on the year, but star Defensive Tackle Chris Jones has been heating up lately, so protecting Bridgwater may be the biggest key in Denver keeping this game close.

The Chiefs have been favored in every game this year but only covered four spreads. They have been favored by seven or more four times and only covered once – a Week 4 contest against the Eagles that they scored 42 in. KC is always ripe to give up a back door cover if they do find themselves with a double-digit lead. The game total of 47 implies the game will be in the 20s, making it tougher to cover a 10 point spread. Andy Reid has the reputation to be a covering machine coming out of the bye, but with this being double digits, it somewhat negates that trend. Reid’s concern will be getting a win, not winning by double digits. Bridgewater also balances out that trend as he covers more than 65% as an underdog. The Chiefs haven’t lost to Denver in 5 years, but I think Denver keeps this game close and stays within the number.

Denver to cover the double-digit spread is the play at Arrowhead this week. Bet your KC/Den pick and ALL your football/basketball bets each day at -105 instead of -110 odds! Find this killer offer at BetAnySports Spotsbook!