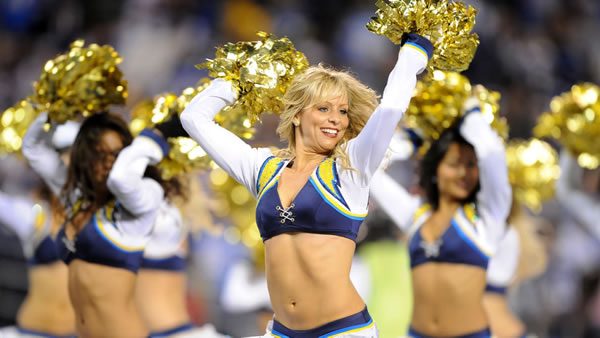 Point Spread: DEN +6/LAC -6 (BetNow - They offer the biggest and best sportsbook bonus on the web! “Deposit $100 to $1000 and get a dollar for dollar match!” This is a REAL CASH bonus; not a cheeseball match play!)

The Denver Broncos come to SoFi Stadium to take on the Los Angeles Chargers on Sunday in a key AFC West matchup. Both teams sponged losses last week, throwing their postseason hopes into a bit of a tizzy. The Broncos are now 7-8 and with zero margin for error and probably need some help too after an ugly 17-13 loss to the Raiders on Sunday. It was even worse for the Chargers, in a high-stakes cushy spot against the Texans and coming up short, 41-29. Who can right the ship this week?

Clues from the First Game?

A potential Broncos’ backer this week could derive comfort from a week 12 win for Denver over the Chargers at Mile High, 28-13; that was one of a handful of cases for the Bolts this season where they did not see what they do well surface. Justin Herbert threw two picks to Patrick Surtain, who returned one for a TD. They couldn’t run the ball, and any aerial success they had was blunted by the Broncos’ big-play potential in their secondary. Denver used both Bridgewater and Drew Lock, who combined for 155 yards. They got some good runs from Javonte Williams and former Chargers’ back Melvin Gordon, but it’s a bit troubling that they managed such a conclusive win with not a ton going right on the offensive side of the ball.

The Problem with the Chargers

In their first game with Denver and even in this game, there are ample reasons to project Chargers’ success. Last week was another in a growing list of examples. The case makes itself. You’ll think, of course, Herbert will work well with his multitude of weapons. The run game will explode. The defense will rush the passer, and the difference-making secondary will make plays. And sometimes they do, enough to an extent that at one point this season, the thought was that the Chargers are a team to beat in the AFC. Now they’re a highly-imperfect team that will be fighting for a wild-card slot.

The Chargers are a team that plays with perhaps the widest range in a league that is particularly all over the place this season. When right, they can go against any team with a realistic chance to win. At their worst, they’re getting slapped around by teams like the Texans. It would be one thing if that were an aberration, but their 7-8 ATS record attests to a team that is hard to put the finger on this season, with a slew of underwhelming performances. And as of late, it’s more bad than good, with a 4-6 mark in their last ten after a promising 4-1 start.

Injuries have played a role, affecting the continuity on the Chargers’ offense. It might have started getting to the defense, as well. With ballers across all areas of the defense, we’ve seen problematic returns as of late, giving up a combined 75 points in their last two games—the 41-spot to Houston being the most-troubling. But even in allowing 37 to Pittsburgh, 28 to this Denver team, and 21 to the Giants shows a recent run of a “D” that might be sagging a bit as they get toward the finish line.

More Picks: Get the money with Loot’s Lions at Seahawks Best Bet >>>

Can the Broncos Do Anything About It?

Still playing well defensively, it’s just too much of a grind on offense for the Broncos. We see the 28-point output against the Chargers and a 38-point outburst against the Lions. Surrounding that is a litany of offensive futility, including 23 points total in their last two games, a ghastly total for a team trying to make a push. Crappy quarterback play doesn’t let this team be what they could be. You can picture a completely different team if they could just drop a good QB in there. As it is, you’re looking at the very real possibility of major problems when backing this offense in any manner.

At root, you have a Chargers team that isn’t as good as they should be against a Denver team that can play over its head on a fairly regular basis. To even be in this spot with QBs who are often putting up Pop Warner numbers says a lot about the team. It gives them a certain appeal or, at the very least, a trepidation in going against them when it makes all the sense in the world. With the talent and bright young coaching on the Chargers’ sideline, it’s easy to make the case that urgency will resonate this week in a major way at home. Whether you want to defer to the pronounced quarterback advantage, the offensive artillery edge, or just the far greater potential of the Chargers as a whole, one doesn’t have to search that hard to make a case. For the Broncos, it’s not as easy to identify reasons. Then you look and see the Broncos are 7-8, and the Chargers are 8-7—no major difference overall. And the Broncos beat them by two TDs last time. So how better off are the Chargers even with all those edges on paper?

Back-to-back road spots in conference for the Broncos as they might be running out of fresh ideas might not leave them in the best spot this week. Fact is, I do expect some late-season urgency to resonate more clearly for the Bolts, though that not happening last week is a major item of concern. The Broncos’ understated effectiveness can play well off a Chargers’ team that hasn’t quite arrived yet. The timing might be the key with this Chargers’ team, and if I had to guess, it just seems like this would be a week where they deliver. I see some better play this week, with the Chargers getting their offense fired up for the win and cover at home.

Loot’s Prediction to Cover the Point Spread: I’m betting on the Los Angeles Chargers minus 6 points. Note: Anything that you ever benefited from or got good at was likely the result of becoming educated about said topic. Do yourself a favor and learn about reduced juice sports betting. When it comes to football betting, it’s importance is second only to picking winners!