Dog of the Week: Bengals vs. Eagles Spread Bet 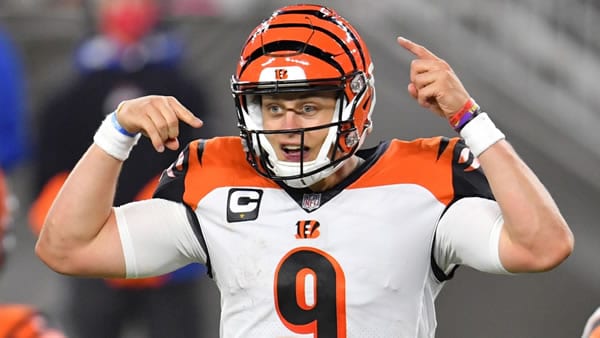 Two 0-2 teams with differing takes on what’s happened so far this season meet when the disappointing Eagles host the Bengals for an NFL inter-conference match-up Sunday afternoon in Philly. The Eagles were supposed to contend for another division title this season, but they’re not looking too good at the moment. On the other hand, Cincinnati was supposed to struggle with a rookie starting at quarterback, but the Bengals appear competitive. How are we playing this game with our free NFL pick?

Week 3’s NFL betting odds opened Philadelphia as a six-point favorite over Cincinnati, with an over/under of right around 46. Early betting action then edged that total to 46.5.

Bettors who believe the Bengals might win this game outright could get upwards of +200 on the NFL money line.

Cincinnati is 0-2 with its new young quarterback at the helm, after falling at Cleveland last Thursday 35-30. The Bengals drove the game’s opening possession 41 yards in 15 plays, running seven and a half minutes off the clock, to a field goal and an early lead. But Cincy then gave up the next 14 points of the game and never quite recovered. Cincinnati trailed the Browns 21-13 at the half, pulled to within 28-23 with five minutes left but just couldn’t get a defensive stop when needed, on its way to the defeat.

However, the Bengals drove to an “oh, by the way” touchdown with 43 seconds left for a back-door cover as six-point dogs.

On the night, Cincinnati got out-gained by the Browns 434-353, even though the Bengals ran 30 more offensive plays and won the time of possession by a 34:26 split. But Cincy also got out-rushed 215-68 and allowed Cleveland to convert 5/8 on third downs. On top of that, the only Bengals turnover of the game gave the Browns the ball at the Cincinnati 1-yard line, resulting in an easy seven Cleveland points.

The Bengals opened this season with that 16-13 loss at home to San Diego. Cincinnati led that game 13-6 through three quarters, fell behind by a field goal, then had a chance to force overtime, only to have kicker Randy Bullock shank a short field-goal attempt with two seconds left.

Meanwhile, Philadelphia is 0-2 on the season, after losing at home to the Rams last Sunday 37-19. The Eagles fumbled the ball away on the game’s opening possession, then proceeded to allowed Los Angeles to score touchdowns on its first three possessions. Philly rallied for a couple of scores to only trail 21-16 at halftime, then had a chance to take the lead early in the third quarter, only to have quarterback Carson Wentz throw an interception in the end zone. The Eagles later pulled to within 24-19 early in the fourth quarter but gave up drives of 75 and 64 yards for Rams TD’s and couldn’t answer, on their way toward defeat.

The Eagles lost outright Sunday as two-point favorites, and that game played over a total of 46 with 10 minutes to spare.

Philadelphia opened this season with that 27-17 loss at Washington. The Eagles scored the first 17 points of that game, then got out-scored 27-0 from there. Washington then lost badly out at Arizona last week 30-15, so that Week 1 defeat for Philly looks even worse now.

These teams last met back in 2016, a 32-14 Bengals home victory. Andy Dalton quarterbacked Cincinnati that day against Wentz, a rookie at that time, for Philadelphia.

Philly lost to an iffy Washington team, then got out-played by the Rams. At the moment, there is a legitimate reason for concern about the Eagles. Meanwhile, Cincy might be 0-2, but it looks like Burrow can play. So there seems good but tempered reason for optimism about the Bengals. We’ll take Cincinnati and the points in this spot. Make your Week 3 NFL bets FREE by taking advantage of a 100% real cash bonus on your first deposit of $100 to $300 at MyBookie!