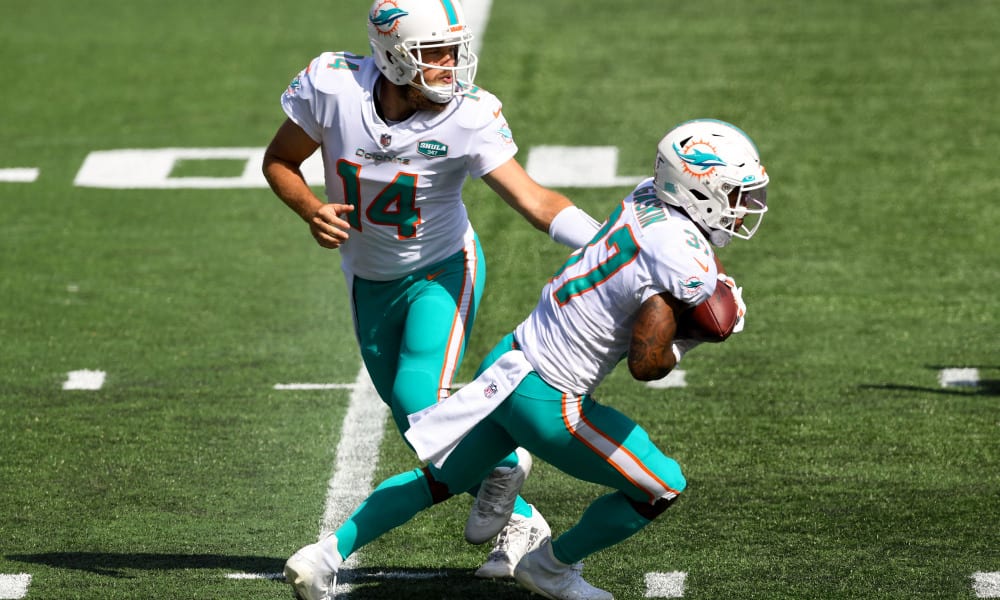 The Miami Dolphins come to the west coast for a Sunday afternoon showdown with the San Francisco 49ers. Both teams are trying to get something going, the Dolphins rebuilding, and the 49ers dealing with a horrific string of injuries that have rendered the defending NFC champion a shadow of what they were last season. And a 25-20 home-loss on Sunday night to the winless Eagles attests to their current status. Miami came off their first win of the season, before falling to Seattle at home on Sunday, 31-23. Who can get the job done this Sunday?

First the good news, since there is so much less of that. They could be getting a few guys back, as they’ll see where Jimmy Garoppolo and Richard Sherman are once practice starts. Other potential returns include Raheem Mostert, Dre Greenlaw, and Akhello Witherspoon. But the injuries are almost too many to name. Just know that over half of their projected starters won’t be on the field this week. And out of their ten best players, seven are either out or questionable. And despite a bizarrely-easy schedule to start the season for a conference champion, we are starting to see the fraying at the edges.

Getting Garoppolo back could go a long way, and with Deebo Samuel back in the mix, the emergence of rookie receiver Brandon Aiyuk, the presence of George Kittle, the return of Mostert, and the re-reemergence of Jerick McKinnon, this offense could still do damage. But if Garoppolo can’t go, it’s not clear what the QB rotation is after Nick Mullens faltered on Sunday night, with CJ Beathard taking over. But they need the offense to reclaim some of its fire with their defense in a state of disarray, with their whole line and secondary decimated. And for the offense to take off this week, you’re going to need a few guys whose statuses are iffy to play well.

One would have thought that last week at home, against a sideways Philly squad, the Niners would have been able to keep winning after beating the Giants and the Jets, but in losing to the Eagles, it was really starting to show. They would appear to get a break here against a Dolphins team that is still working many things out. Pretty fearsome against Jacksonville on Thursday Night Football a few weeks ago and remotely-scrappy against a good Seahawks team last week, they’re maybe not the pushovers the 49ers need to thrive at this point. Still, if the San Francisco offense can’t thrive at home against this Miami defense, it would indeed be a damning indictment.

What to Expect from Miami

Word just came down that it will be Ryan Fitzpatrick starting at QB for the Dolphins on Sunday, with cries to put in first-round rookie Tua Tagovailoa being heard after Fitzpatrick’s two-pick performance against the Seahawks. Still, he was over 300 yards once again, and when he’s on, he’s a veteran who can pick apart defenses, especially ones who are missing almost all their top dogs. With some different backs to work with in the backfield, with a receiving package that is up-and-coming, the offense can do damage. But Fitzpatrick is a feast-or-famine type, where he either carries the offense on his back or sabotages the entire team effort.

The Miami defense is hard to break down sometimes. There are spots where they are pretty clutch, making big timely plays. But during stretches of games, they are imminently-exploitable. Xavien Howard has two picks, but the secondary remains leaky. The pass-rush is negligible for the large part, and there aren’t any real difference-makers who are bankable. San Fran still has enough weapons on the field to seize upon a dysfunctional defense, and Miami’s “D” does look rough in spots. Still, allowing an average of 24 points this season hasn’t really seen them in completely awful form.

More Picks: JAX at HOU Against the Spread Prediction >>>

Crowd or not, it’s never that easy when a rebuilding team like the ‘Fins go out of their conference for a long cross-country trip. The power of expectations rears its head here, as the Niners are a team that needs to fight through all these injuries while trying to stay within striking distance. One positive byproduct of having been a team stricken by injuries over the years is that San Fran can really flex their “next man up” mentality with a lot of reserves with experience. It just didn’t really resonate on Sunday in a spot where more was expected.

The 49ers need to see their defense find a way to perform better late. Especially when giving points against the bottom half of the league, those late-game foibles can really throw a bet into a tailspin. But I think the big issue in this spot is the Miami defense. Flummoxed by a rigid Philly defense last week, the 49ers will face less resistance this week. And if Jimmy Garoppolo is ready to go, this offense should be able to do damage.

Miami isn’t very good at 1-3, but they’ve been competitive. San Francisco has issues team-wide, and with the run-game struggling and banged-up playing behind an offensive line that has taken a step back, they are without their bite. And their defense is not that equipped to deal with a running quarterback, and I have a feeling we might see Tua this week at some point for Miami. I just see the 49ers struggling with so many massive contributors out of action or iffy, and if they win, it will be more of a grind than a smooth cruise. I like Miami to cover the spread this week.

Loot’s Prediction to Cover the Point Spread: I’m betting on the Miami Dolphins plus 9 points. Bet your Week 5 NFL picks FREE by cashing in on a 100% real cash bonus up to $300 at MyBookie Sportsbook!