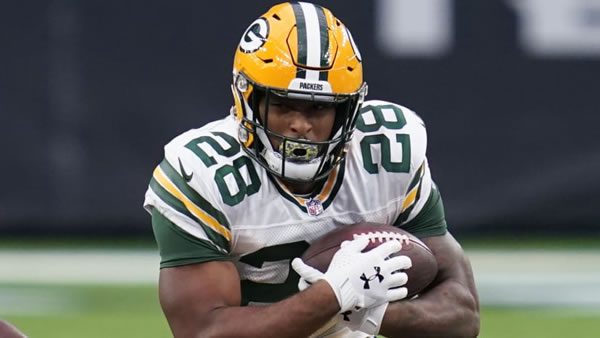 For just the 2nd time since his rookie season, QB Aaron Rodgers and the Green Bay Packers have lost four straight games. The most recent loss stems from last week’s bizarre Sunday Night Football loss to the Buffalo Bills. Despite being down 24-7 at the half and even 27-10 in the 4th quarter, Packers Head Coach Matt LaFleur made an overly committed decision to run the football with tailbacks Aaron Jones and AJ Dillon. While the pair did have success on the ground, especially Jones, who tallied 143 rushing yards, the Packers had minimal scoring opportunities and displayed a sign of betrayal by not putting the ball on the arm of Aaron Rodgers. Now, the Packers will try to end their 4-game losing streak without a clear path forward on the offensive side of the football.

On Sunday, the Packers’ offense will try to solve the run/pass dilemma during a road trip to battle the Detroit Lions, who are just 1-6 SU on the season. The Lions dropped their 5th straight defeat to the Miami Dolphins last week. After being held to just 6 points combined in blowout losses to the Patriots and Cowboys, Detroit’sDetroit’s offense got back on track. QB Jared Goff had a much better performance than witnessed in recent weeks, and RB Jamaal Williams dazzled for two touchdowns despite the return of DeAndre Swift. However, the Lions’ defense could not hold off the dangerous air raid from the trio of QB Tua Tagovailoa, WR Tyreek Hill, and WR Jaylen Waddle, which resulted in a mere 31-27 loss. Still, Detroit put together a quality performance and will head into this Sunday’s showdown against Green Bay as just 3-point underdogs with a good opportunity to end the five-game losing streak.

Im not going to pretend to know Matt LaFluers’ game plan this week, as there are some obvious internal conflicts going on within the Green Bay offense. However, I would expect a bigger attempt to get behind QB Aaron Rodgers this week in a good position at a bounce-back performance. The reason I say that is because Detroit has been pretty awful against the pass this season and has given up 266 yards per game through the air. Following last Sunday’s meltdown against the Dolphins, the Lions fired their cornerbacks coach, which is an obvious sign of how bad Detroit’s pass-defense has been in recent games.

Still, I question who is going to step up and be the “guy” in the Packers’ receiving game. WR Romeo Doubs has flashed that potential, but he just is not there yet. With WR Allen Lazard also banged up, I’m not sure if the Packers’ offense has an answer to that question for the short or long term. Will that lead to another concentrated running game from coach LaFleur? It definitely could, but I think, either way, we should not expect any huge or sudden cataclysmic momentum shifts for this Packers offense.

The Lions’ offense is more dangerous than the 1-6 SU record suggests. QB Jared Goff started the year with exceptional results, and while some of that early season magic has slowed; the Lions are healthy for the first time in weeks. As a result, I think the Lions are the more dangerous team at the moment. If Green Bays’ offense continues to struggle this Sunday in any way, I think the Lions will take this game outright!

Jays Pick: Take Detroit +3. Bet your Week 9 football predictions for FREE by scoring a 100% real cash bonus up to $500 when you use bonus code PREDICTEM on the “Special Offers” page at the oldest bookie on the web —> Everygame Sportsbook! (In business since 1983!)