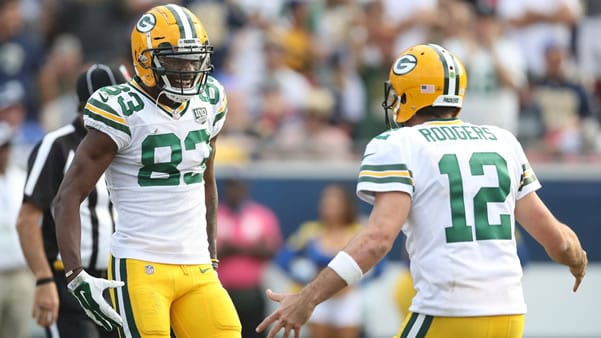 Where: Lucas Oil Stadium - Indianapolis, IN

We all look forward to the familiarity-bred contempt of NFL rivalries, but fresh matchups are also fun to watch, and we get a good one this weekend when the Green Bay Packers and Indianapolis Colts square off. These teams last met during the 2016 season and have faced off just three times since 2008. Aaron Rodgers and Philip Rivers have been around for a while now, but this will be only the fourth time they have shared the field. Both teams have looked good through most of the season and are firmly in the playoff picture, but there is plenty to be gained in this cross-conference tilt as Green Bay looks to hold on to home-field advantage and Indy trying to stay atop the AFC South. The loser this weekend sets themselves up for some extra work down the home stretch.

Green Bay hasn’t been the underdog often, but they have performed well in that spot, winning five of the last seven against the spread when they get points. A lackluster ATS loss against the Jags last week sent their record to 2-6 ATS in their last eight games played in the month of November, but Green Bay is 8-3 ATS in their previous eleven against a team with a winning record. Indy is 5-2 against the spread in their last seven games and has posted a 13-5 ATS mark when facing a team at .500 or better. The Under has a compelling case this week, hitting in five of the last seven when Green Bay plays a team with a winning record and 16-of-21 such games for Indianapolis. The Under is also 4-1 in the past five Colts home games. In early week betting, Green Bay is seeing about 61% of bets on their side with 64% of the public money on the Over.

The Packers looked to be the class of the NFL through the first month, posting a 4-0 mark while averaging 38 points per game, but things have been a bit uneven since. High profile losses to Tampa and Minnesota exposed the defense, and a shaky home win against Jacksonville have called Green Bay’s title hopes into question and set them up as the narrow underdog here. The offense is still averaging 30.8 points per game, good for third in the league, and Aaron Rodgers pilots the sixth-best air attack. Rodgers leads the league in QB rating and should get Allen Lazard back as he is listed as probable after missing six games with an abdominal injury. Green Bay has lacked consistency at the #2 WR spot, and Lazard looked to be the best option with a 13-254-2 line in three games before the injury. Davante Adams leads the team in catches, yards, and touchdowns, but Rodgers has spread the ball around well, with eight different receivers in the scoring column already. The offense is going to need a quality effort as Indy is top-5 across the board in yards allowed categories and giving up just 19.7 points per game. Green Bay’s defense isn’t exactly bad, but the big plays haven’t been there outside of Za’Darius Smith and his team-high eight sacks. Safeties Adrian Amos and Darnell Savage lead the team in tackles, and it is never really a good sign when your secondary is doing that kind of heavy lifting in the tackles department. I know there is more passing today than ever in the NFL, and many teams have been playing from behind against Green Bay, but the activity level of those safeties does point to some substandard work by the Packers’ interior defense. CB Kevin King remains out with a quad injury, and CB Jaire Alexander is questionable with a concussion.

Greater Than the Sum of the Parts

There is a lack of standout individual performers on the Indy roster, making their win-loss record all the more impressive and truly indicative of a complete team. Philip Rivers has a pedestrian 11-to-7 TD-to-INT ratio but is completing nearly 70% of his attempts and has the Colts ranked 10th in passing offense. Jonathan Taylor has had some ups and downs in his rookie season but leads the team with four rushing touchdowns and has chipped in with 22 receptions. Jordan Wilkins and Nyheim Hines have carved out roles with Hines leading the team in receptions, and that RB trio has accounted for 1,300 yards and eleven scores. Zach Pascal leads the team with 330 receiving yards and could be in line for a bigger day with mounting injuries in the Green Bay secondary. Rivers could be without tight ends Jack Doyle and Mo Allie-Cox, who is second on the team in receiving yards as both are questionable. T.Y. Hilton (26-291) has been very quiet this season but could be tasked with running the underneath routes if the TE group is short-staffed. The defense has been remarkable and enters the week allowing fewer than 200 passing yards and 100 rushing yards per game. They excel at the takeaway with eleven interceptions, and four defenders have more than one pick. Opposing QBs have averaged a league-worst 78.9 QB rating against the Colts. Safety Julian Blackmon is a notable name on the injury list as he battles a knee issue.

Green Bay Steals One in Indy

I doubt that Green Bay will have two sketchy efforts in a row, and that is bad news for Indianapolis. The Colts are a special defense, but Rodgers is a special QB, and he has proven he can shoulder the load if Indy can limit Aaron Jones and the run game. I think Lazard returning is a big key for Green Bay as it takes some pressure off of Davante Adams and gives emerging TE Robert Tonyan some more room to work the middle. The only weak spot on Indy’s defense appears to be third-down stops and are 17th there while Green Bay is converting 48% of their 3rd downs on offense. That has been instrumental in GB leading the league in time of possession, and the Packers O-Line has kept Rodgers upright, allowing just eleven sacks so far. Indy is 28th in yards per rush on offense, and that is an absolute gift for the middle of a Green Bay defense that has been struggling against strong run teams. The Vikings beat the Packers with Dalvin Cook leading the way, but I’m skeptical of Indy matching what Minnesota put up that day. Rivers could be without a couple of safety-blanket targets and could be in line for another pick or two if he has to put up volume attempts in a comeback bid. I think this is really close, and I would actually be very interested in taking the Colts in a first half wager as I believe they will start fast and frustrate Green Bay with the short passing game. The tide turns in the second half in my mind as Rodgers gets on track and has GB on the right side of a 27-23 decision.

Ted Walker’s Pick to Cover the Spread: Green Bay. Bet your Week 11 NFL picks for FREE by taking advantage of a 100% real cash bonus on your first deposit of $100 to $1000 at BetNow!