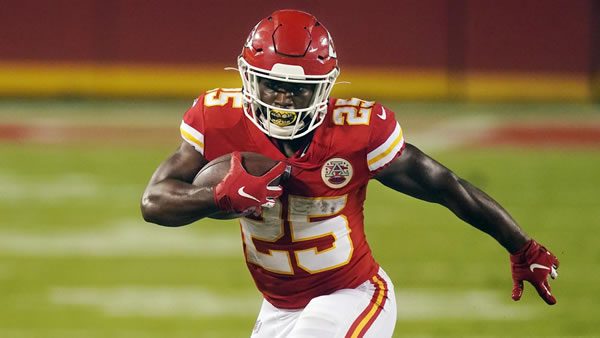 The two top seeds in the NFL last season would have made for an intriguing regular season matchup, but as neither team is taking this game seriously, there’s probably not going to be a lot of excitement to be found in this one. The Packers are still debating whether to play their starters at all in this contest, as they traditionally do not bother to play anyone of value in the preseason. However, Kansas City is far more willing to play its starters for longer periods of time in the preseason, which has the Packers’ defenders asking the coaching staff if they can get some action against Patrick Mahomes.
Because of that, you might want to wait to make a bet on this one to see what the Packers are going to do. If Green Bay opts to play its starters, the Packers might have a better shot to cover this spread. If the Packers sit their best players, this is likely to be a comfortable result for the Chiefs.

How the Public is Betting the Packers/Chiefs Game

The game hasn’t been on the board long enough for the public to have any effect on it.

This is going to be tough to figure out, as the Packers are lobbying the coaching staff to let the starters take the field against a Chiefs team that will let starters take the field. Aaron Rodgers hasn’t played a snap in the preseason and probably won’t play much more than a quarter if he is allowed to see the field, as he doesn’t need the experience and doesn’t have a lot of miles left in his arm anyway.

That means it’s likely to be the Jordan Love show once again for the Packers, which has had mixed reviews at best. The Packers did a decent job against the Saints, but that had more to do with the defense rather than anything that the offense did. The ground game did do a decent job in averaging 5.2 yards per carry, but Love didn’t do all that much with the ball when he took to the air. Odds are, even if Rodgers plays, Green Bay will run the ball more often than not.

The Chiefs are the opposite of the Packers, as they’ve done the job well with the pass but haven’t done much of anything on the ground. Kansas City didn’t even top three yards per carry against Washington last week, but the Chiefs’ passing game was solid behind both Mahomes and the Kansas City reserves quarterbacks.
The Chiefs will spread the ball around to all of their targets, but they’re likely not going to be too conservative with Mahomes in the game. Andy Reid likes getting all of his players some action in the preseason, so expect the Chiefs to at least be somewhat aggressive with the ball when they have the starters in. After that, there isn’t going to be a lot of offense coming; the Chiefs gave away a first-half lead against the Bears and will likely struggle again once the starters leave.

There isn’t much information to glean here, as both teams have come out with one win and one loss to date. The Packers historically haven’t taken preseason seriously compared to the Chiefs, which does make a first-half bet on the Chiefs an attractive proposition if you can get the right number.

This could be a relatively enjoyable evening in Kansas City, as the temperature is set to drop to a mild 69 degrees in the evening. As long as the heat of the day is out of the way by the time the teams actually take the field, the weather shouldn’t play any kind of a role.

I have to lean toward Kansas City to get the job done here. I don’t know what Green Bay is planning to do, but I do know that the Packers probably won’t keep the starters in for all that long. Kansas City might not either, but the Chiefs have shown themselves more willing to take chances with their players in the preseason. That’s enough for me to lean in that direction. Give me Kansas City.