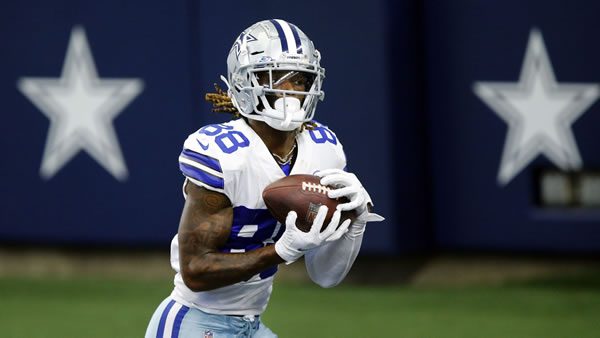 Fresh off another dominating victory, the Dallas Cowboys will have the opportunity to keep their momentum going this Sunday when they host the hapless Houston Texans inside AT&T Stadium. At 9-3 SU, the Cowboys have been one of the hottest teams in the NFL in recent weeks, which culminated in a few ugly box scores in the 40-3 blowout over Minnesota and again in last week’s 54-19 dismantling of the Indianapolis Colts on Sunday Night Football. While the Cowboys have definitely earned the reputation as one of the best in the NFC, realistically, Dallas is narrowing-in on the #5 seed for the NFC playoffs unless the Philadelphia Eagles suffer an upset.

For this Sunday’s Week 14 showdown, the Cowboys will host the 1-10-1 SU Houston Texans, who are coming off a beatdown at the hands of the Cleveland Browns in a 27-14 defeat. While I understand that a 27-14 outcome does not classify as a “beatdown,” I would remind everyone that Cleveland did not score an offensive touchdown in that game. Instead, the Browns’ defense and special teams recorded three touchdowns in the affair, many of which were gifts from Texans QB Kyle Allen, who hit just 20 of 39 passing for 201 yards with a score and two interceptions. With no end to Houston’s troubles foreseeable, the Texans will be one of the largest underdogs of the entire 2022 season when they visit Dallas as 17-point underdogs.

I try to be very reserved, in my personal opinion, when I handicap match-ups because the NFL can be volatile from week to week. However, I don’t see any way that Houston keeps this game close from a personal view or a handicapping match-up perspective. The Texans have been absolutely pathetic on the offensive side of the football. RB Dameon Pierce has become an afterthought following a solid start to the year, and the offense has only managed a few garbage time points in most recent games. In fact, the Texans have failed to score more than 17 points in 6 straight games, and that trend is likely to continue against a ferocious Cowboys defense that thrives on forcing pressure on mistakes to opposing offenses.

On the other side of the ball, the Cowboys’ two-headed power rushing attack draws a dream match-up against a Houston defense, relinquishing 170 yards per game on the ground as the worst run defense in the NFL. Needless to say, this is another smash spot for RB Tony Pollard and a potential eruption spot for bruiser Ezekiel Elliott. Of course, QB Dak Prescott may get in on the fun this week as well. After playing pretty well against Indianapolis, the Cowboys receiving corps with CeeDee Lamb, Michael Gallup, and TE Dalton Schultz draws a favorable match-up against an inferior Texans’ secondary. As a result, I expect the Cowboys’ offense to move the football at will.

The Cowboys are laying a ton of points in this match-up which is worrisome if they get caught sleeping. However, I am taking the Dallas defense to force enough turnovers and/or short-field situations to help keep the Cowboys’ momentum surging. Despite the large line, I consider this another confident pick!

Jay’s Pick: Take Dallas -17. Bet your Week 14 NFL football predictions for FREE by scoring a 100% real cash bonus up to $300 when you use bonus code PREDICT100 at MyBookie Sportsbook!