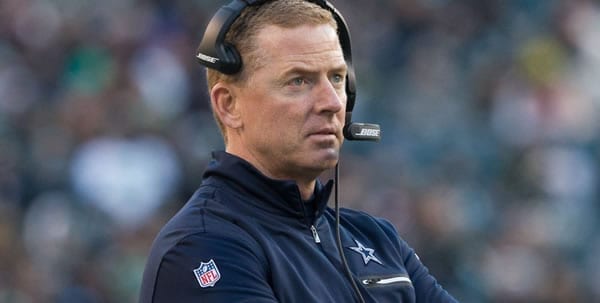 It’s a Lone Star State showdown, of sorts, when the Cowboys and Texans meet for a Week 3 NFL exhibition season bout Saturday night at JerryWorld. This game is lined as a pick’em, and with good reason, considering the teams played an overtime game last season. Which way are we going here with our free NFL pick?

Week 3’s NFL exhibition betting odds opened Dallas at around -1.5 over Houston, with an over/under of 40.5 points. Early betting action then moved this game to a pick ’em.

Houston opened its 2019 exhibition season with a 28-26 loss at Green Bay two weeks ago, then beat Detroit at home last Saturday 30-23. The Texans out-played the Packers, winning total yardage by a margin of 412-237, but lost the turnover battle 4-1, resulting in a negative 14-points differential. Houston then out-gained the Lions 410-388, running the ball for 168 yards and won the time of possession by a 35/25 split.

Starting quarterback DeShaun Watson sat out the game against Green Bay, then played one series against Detroit, hitting on 5/7 throws for 60 yards and a touchdown. In his place back-up, Joe Webb is 39/65 passing for 472 yards and two touchdowns, but also three interceptions, taking almost all the other snaps, with fellow back-up AJ McCarron sidelined with a thumb injury.

Watson figures to play at least a quarter Saturday night, maybe a half, before giving way to Webb and possibly rookie Jordan Ta’amu.

Dallas, meanwhile, opened its exhibition season with a 17-9 loss at San Francisco two weeks ago, then beat the Rams in LA last Saturday 14-10. The Cowboys scored the first six points of the game against the 49ers and led 9-7 through three quarters but lost the fourth quarter 10-0. Dallas then led the Rams early 7-0, later trailed 10-7 but scored to re-take the lead in the third quarter and held on from there.

Starting QB Dak Prescott played the first series of both games so far, combining to go 9/9 passing for 87 yards. Back-ups Cooper Rush and Mike White are a combined 42/75 passing for 342 yards, with one touchdown and one pick.

The same thing goes for Dallas on the QB situation for Saturday night; we expect Prescott to play a good part of the first half, then turn things over to the back-ups.

These teams just met last season, a 19-16 Texans overtime victory. Houston out-gained Dallas that day 462-292 but three times settled for very short field goals. Also, while Prescott and Watson played that day, as did Dallas running back Ezekiel Elliot, that game played under a total of 46.

Dallas’ loss to the 49ers two weeks ago played under a total of 37, and the win over the Rams last week played under 38.

Through the first two weeks of this NFL exhibition season, unders are 17-15.

Houston’s run the ball for 306 yards through its first two exhibition games, while Dallas, without Elliot, has just 149 yards on the ground. And there’s a good chance, with back-ups playing the second half, that’s where this game will be decided. Plus, it appears Coach O’Brien takes these exhibition games a bit more seriously than does Coach Garrett, as far as actually winning the game goes. We’ll take the Texans for our free NFL pick here.