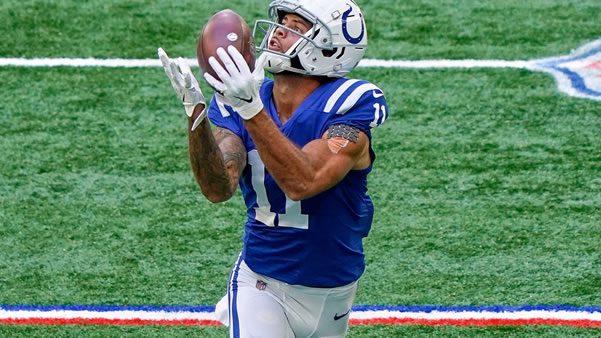 (Find the best teaser odds >>> Did you know that Wagerweb offers teasers where you can move the line up to 20 points? This goes for NBA as well!)

On Christmas, Roger Goodell has a present for us, a primetime matchup between the Indianapolis Colts and the Arizona Cardinals in Phoenix. Betanysports.eu is making the Cardinals three-point favorites and setting the game O/U total at 49.5. This game is between two teams going in opposite directions, and the play is to take the Colts and the points. Here is the handicap.

Indy Is Putting It All Together

After starting the season 0-3 and then sitting at 3-5 halfway through the year, Frank Reich’s squad has won five of their last six and are now making a playoff drive. Reich brings the best running game and probably the best offensive line in the league to the desert this week. Jonathan Taylor is running away with the rushing title, averaging 5.6 yards per carry and over 100 yards per game. Everything the Colts do on Christmas will funnel through Taylor, as it did last week when he carried the ball 29 times for 170 against the Patriots. Taylor has been over 100 yards in the five wins during the Colts hot streak and will look for number 6 this week. Good offensive lines travel, and Taylor runs behind a great line. The line will open holes for Taylor and protect QB Carson Wentz in the passing game. Wentz will look to rebound from one of the worst quarterback performances of the year when he completed only 5 of 12 attempts against the Pats for only 57 yards and had an ugly pick late in the game. Wentz had been adequately managing games over the second half of the season, but his receivers couldn’t get any separation from New England’s suffocating secondary. Michael Pittman Jr. is Wentz’s favorite target, with T.Y. Hilton working his way into playing shape after being on the shelf the first half of the year. The receiving crew should have an easier time of it this week, and Wentz should be able to contribute more to the offense.

Arizona brings a strong defense into the contest, but they have given up 30 each of the last two weeks. It’s not so bad to give up 30 to the Rams and Matthew Stafford, but last week Jared Goff threw for three touchdowns leading the Lions to put up 30. Goff completed 80% of his passes for 8.3 yards per attempt to practice squad receivers. The Cardinals are top 5 in the league sacking the quarterback and top 10 in takeaways, so they will look to force Wentz into more bad decisions, but Arizona’s weakness against the run is their concern this week. The Cardinals rank 31st, allowing 4.7 yards per carry, but they have been able to hide this deficiency most of the year by getting early leads. This week look for the Colts to copy their New England gameplan and get the running game going early and get the Cards on their heels. Indy’s offensive line should be able to make holes for Taylor and give Wentz time in the play-action game. The Colts have scored 30 or more in seven of their last nine and should be able to get there again on Christmas.

Kyler Murray was in the MVP discussion through the first seven weeks of the season when the Cardinals were undefeated, but after an injury and a December slump, Murray is looking to get his mojo back. Arizona has fallen behind in each of their last two games, forcing them to be one-dimensional and Murray to attempt 90 passes in those contests. The increased passing load has led to three interceptions, six sacks, and only one touchdown. All-Pro wide receiver DeAndre Hopkins is out for the season, and though his stats weren’t great, he commands double teams and is the go-to guy on the money downs and in the red zone. The Cardinals have had some success running the ball, but primarily when they have jumped out to leads, and the running game could be leaned on to close out games. They average only 4.0 yards per carry, with Chase Edmonds and James Conner providing a “thunder and lightning” approach. Conner has been very good in short yardage, but this is a team that wants to pass and will only run to complement the pass.

Indy’s defense has been very opportunistic and playing better as the season goes on. They allow 5.6 yards per play which is in the bottom ten in the league, but they have 31 takeaways that lead the league. Their front four will get pressure on Murray, and linebacker Darius Leonard will patrol the middle of the field to keep Murray from taking off and make sure the Cards rushing attack doesn’t get going. Indy will play generally play a zone that will rally to the ball and prevent big plays. They have held 4 of their previous five opponents under 20 points, but the competition hasn’t been as stiff as Arizona will be. I don’t expect Arizona to light up the scoreboard against the Colts defense. Indy will make them sustain 10 – 12 play drives to score, which Arizona has struggled to do.

Indy Is the Hot Team

The Colts have not only won five of their last six, but they have also covered the number in those five wins. On the flip side, Arizona has lost three of their last five and were favored in each of those games they lost. Coming into the season, Arizona had a season win total of 9, but their fast start made everyone think they were an elite team. With three weeks left in the regular season, it could be that in the words of their former coach Dennis Green – “They are who we thought they were”. This offense is not as good without Hopkins, and Kliff Kingsbury may be in the process of turning into a pumpkin. We could look for Arizona to bounce back off of a bad loss in Detroit, but we should have gotten the bounce-back game last week. We could also say that the Colts may be in for a letdown after a big win against the Patriots, but they are fighting for their playoff life and may even be able to slip in as division champs. We should get another strong effort from the Colts.e

Take the Points With Indianapolis

The play on Christmas night is to buy a Colts +3 ticket in the desert. Indy will stay hot while the Cards continue to stumble as the season winds down. Note: Do yourself a favor! Go into 2022 armed with the best opportunity to win long term at sports betting! Take advantage of reduced juice! It’s FREE and saves you THOUSANDS of dollars over the long haul! Be smart! Be wise! Don’t overpay for odds!