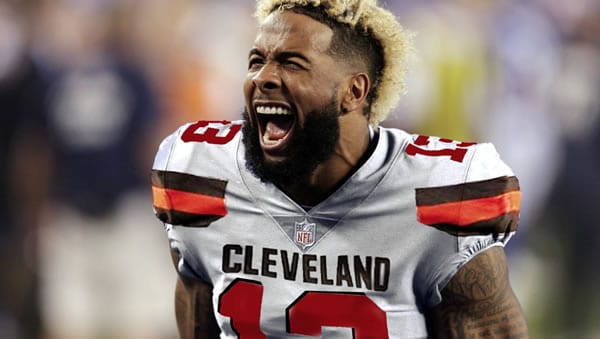 The Indianapolis Colts take on the Cleveland Browns on Sunday in AFC Week 5 action. Both teams have a similar direction this season, starting with alarming season-opening losses before righting the ship with three straight wins to enter this game at 3-1. Indy is coming off a productive Sunday, going into Soldier Field and registering a 19-11 win over the unbeaten Bears. It wasn’t electric, but the “D” once again helped pave the way to a successful day. Cleveland was more-memorable on Sunday, scoring a wild 49-38 road-win over the Dallas Cowboys. They’ve seen their offense kick into high gear the last few weeks and hope to see more of that this week in what is a tough test against the Colts.

Why the Colts are a Problem

Their offense isn’t going to be electric every week. But after a rough debut, Philip Rivers has steadied this unit. With Hyheim Hines and rookie Jonathan Taylor, they can run the ball. But between Marlon Mack and a gaggle of young receivers like Parris Campbell and Michael Pittman, Jr. being out, along with the deterioration of TY Hilton’s production, Rivers doesn’t have a ton with which to work. But that line is tip-top, and Rivers has always worked well with ball-catching tight ends, which Indy has with Jack Doyle, Mo Alie-Cox, and Trey Burton. Cleveland’s defensive liabilities have been camouflaged the last several weeks in light of their offensive firepower being on full display, but they are giving up an average of 31.5 points a game, with their secondary struggling to stop much of anything. And that could be bad news against a guy in Rivers who can still air it out with the best of them.

It will be interesting to see how Cleveland’s newfound offensive firepower translates against this level of defense. Cleveland has been in full-flight, with Baker Mayfield playing better and more-economically. They ran for over 300 yards against Dallas with four different runners doing damage, with Odell Beckham reemerging as a major offensive showpiece. But let’s face it, sticking it to the defenses of Cincinnati, Washington, and Dallas only counts for so much. It’s nice that they found their rhythm and different contributors are making themselves heard, but it gets harder this week.

Before touting the Indy defense, it’s only fair to say that the Jaguars, Vikings, Jets, and Bears aren’t the fiercest quartet of NFL offenses, but in allowing an average of 14 points this season, they’ve certainly looked the part. In the last three, they’ve only allowed 29 points, with a shutdown secondary that is making plays, bolstered by a front that is stuffing the run and putting heat on opposing quarterbacks. That front-seven figures to test Cleveland’s offensive line. Justin Houston is really getting after it, and with Xavier Rhodes and TJ Carrie (questionable) with two picks already, they’re really making life hard on quarterbacks.

Matchup Problems for Each

Cleveland faces the challenge of facing a deep defensive cast that can wreak a lot of havoc and has a lot of momentum and confidence. They’re catching Indy in the back end of back-to-back road games, but I wouldn’t expect a lot of comedown from the Colts this week. Rivers doesn’t have the deepest cast of aerial threats, but he can still move this offense. Some youngsters can step up. At this point, one wonders if the Browns can sustain this winning clip with a defense, and in particular, a secondary, that is really struggling. The only thing they’ve really been doing all that well is stopping the run, and with Sheldon Richardson and Larry Ogunjobi banged-up, one wonders if that part of their game will hold up against Indy.

Whereas Indianapolis is a bit threadbare in the offensive playmaking department, the Browns have a wealth of options, and most of them delivering lately has taken their team to another level. Nick Chubb will be out, which hurts, but they’re getting TE David Njoku back. With that Cleveland O-line, a wealth of options in the run and passing game, and more resourcefulness from Mayfield, Indy’s defense will really be up against it.

Indy has been slipping more under-the-radar. Cleveland has been a more-fashionable team in recent years, with high-impact signings and a lot of high draft picks. They’ve been showcased more by the networks. And their recent three-game win streak has been far more exciting than what the Colts have been doing. While Indy is steadfastly winning games, Cleveland is putting up a ton of points with a lot of fireworks. Balance and defense doesn’t get headlines as a high-flying offense does. The dichotomy in star-power with the Cleveland and Indy offenses is vast indeed. Other than the aging Philip Rivers and TY Hilton, there aren’t many guys on the Indy offense who can boast of much NFL success, while Cleveland’s offense is packed with guys who have been featured heavily on highlight reels in recent years. It creates an image in people’s minds. But that might not play out on the field, especially if Cleveland, in fact, has been made to look a little better than they really are by the weak opposition they’ve faced.

Cleveland seems to have finally latched onto something in what some might consider an overdue fruition of potential. And I don’t want to plunder down a potentially-costly road of questioning Cleveland’s surge, writing it off as a byproduct of their opposition. And the value for this pick is surprisingly good for the Browns. But I tend to favor the viewpoint that things get a lot more uphill, even at home, against this stout Indy defense. If Rivers can make some plays without giving the ball away, I see the Colts nosing the Browns at the wire.

Loot’s Prediction to Cover the Point Spread: I’m betting on the Indianapolis Colts minus 1.5 points. Note: In case you hadn’t heard, 5Dimes left the USA market, HOWEVER, you can still bet on games at -105 odds! Same platform, same wagering options, same odds: BetAnySports.