Jets vs. Seahawks Against the Spread Pick 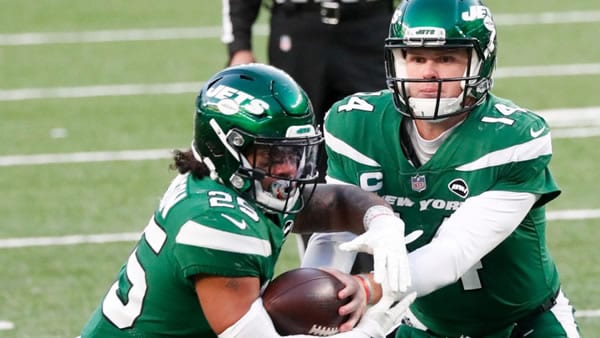 The New York Jets come to the newly-named Lumen Field to take on the Seattle Seahawks on Sunday. Neither team can be happy with what happened last week. Seattle was in many ways dominated by the New York Giants in a 17-12 loss that was ugly across many areas. They are back at home, awaiting a team that had an even worse time of it on Sunday. The Jets, poised to win their first game of the year, saw the Raiders complete a long TD pass as time ran out to win the game. After that, it might not be that easy to turn around and take this long road-trip out of conference. But with the Seahawks having covered just one spread in their last five games, who knows?

The Two Sides of the Jets

In all frankness, it’s mostly been bad. After all, 0-12 is as bad a start as they’ve ever had, and there have been some bad Jets teams. Then again, all four games they covered have occurred in the last six weeks, as they at least started performing better on that front. And last time they came out west a few weeks back, they covered the spread at the Chargers. So even in their current state, they’ve been moderately-scrappy. And against the Seattle, we saw last week, scrappy might just be enough to cover the big number.

It’s just not known where the Jets turn from here. We hear of more rancor in the locker-room following yet another coaching gaffe on Sunday when blockhead coordinator Gregg Williams and now ex-coordinator opted for the all-out blitz as the Raiders set up their last-ditch big pass-play attempt. You could see all the air come out of the Jets, and you wonder if they will even be able to summon the level of competitiveness they have leading up to this point. It’s bad enough to be befallen by injuries, bad personnel moves, and all the other earmarks of a failing organization. But they are led by guys who don’t deserve to be there, who are now directly undermining the team in key late-game spots. It’s not all that easy to forecast a high-spirited Jets squad surfacing in Seattle this week.

In all fairness, the Seahawks had won two in a row prior to last week. Since a 5-0 start, however, a 3-4 stretch has showcased more of their liabilities than their assets. They have really been suffering against the spread, and a Seattle team we saw laying the offense on heavy and winning shootouts has looked more like the old Seattle teams that try to grind out wins. With 84 points in the last four games, we’ve seen a subdued Russell Wilson, an aerial game that isn’t delivering, and a lot less big plays.

It’s somewhat of a curious situation. Earlier in the season, when the Seahawks were cruising along, the criticism was that while powerful, the Seattle offense was a bit too aerial and one-dimensional without the ground game they used to showcase. And the main piece of critique was a defense that was almost as bad as their offense was good, performing at near-historically bad levels and utterly inept against the pass. Well, now they have Chris Carson back to kick the run-game up a notch. A defense that couldn’t tell up from down has actually been playing pretty well. So why does this all coincide with the Seahawks getting worse and worse results and not covering spreads? It’s a little bizarre.

So you start to wonder what we actually have here. They’ve done enough good stuff this season, and at 8-4 at the top of the division alongside the Rams, they should rightfully be referred to as a contender. But then, for the better part of two months, they haven’t looked that good. You notice that the bulk of their good early-season work came against teams that were a bit sideways. Is this just a bit of a slump, and they’re going to snap out of it? Or are we looking at a team that peaked early and is who they are now?

If the Seahawks were to revert to earlier form, why not here? Coming off a loss at home last week, the Seahawks could be a little more on-point than they otherwise would have been in this low-urgency spot against an imminently-beatable opponent. But with a little extra edge, how will that play against a Jets’ team that comes slump-shouldered into town at 0-12, with yet more turmoil, coming off a loss that was as brutal as it gets?

The Seahawks will be facing a Jets’ offense that really has a lot of trouble. They were able to capitalize off some Raiders’ mistakes and get some big plays, but it’s unlikely that the limitations of the Seattle defense will be brought to light here, even if Jets’ QB Sam Darnold has played well in spots since returning. In fact, look for a little of Seattle’s newfound pass-rush to surface against an abysmal Jets’ line. And again, what better spot for Russell Wilson to reignite his high-octane aerial offense?

It’s not easy for those who have taken Seattle in recent weeks only to see them miss covering the spread by a mile. I see this as being a different dimension in the sense that I suspect a shabby Jets’ team to surface on Sunday—even a lesser version than what they normally bring to the table. In that case, I think some of the Seahawks’ problems go away, at least for the time being. Chris Carson hasn’t looked the same since returning, but he could be big here. Wilson should be able to connect with his targets and create a nice margin en route to a win and cover at home.

Loot’s Prediction to Cover the Point Spread: I’m betting on the Seattle Seahawks minus 13.5 points. Bet your Week 14 NFL picks FREE by taking advantage of a 100% real cash bonus on your first deposit of $100 to $1000 at BetNow Sportsbook!