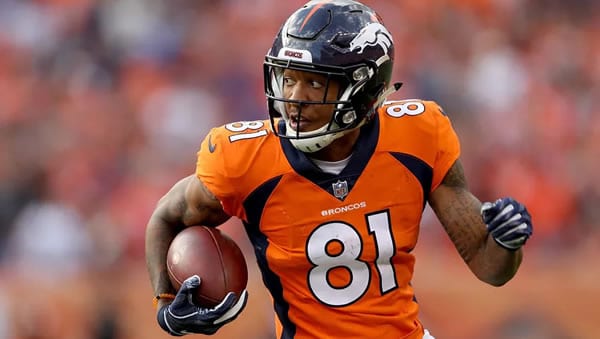 The Los Angeles Chargers make the trip to Mile High for an AFC West showdown with the Denver Broncos. This game is the first meeting between these division teams this season. It’s actually only the second divisional game for each team, with a backloaded schedule heavy in AFC West action. The Chargers were able to break a four-game losing streak on Sunday, seeing some potential develop into execution and not blowing it late for a change in a 39-29 win over Jacksonville. However, Denver wasn’t able to follow up their win over the Patriots, falling to the Chiefs, 43-16, on Sunday, to fall to 2-4. Which team can notch their third win of the season and get the cover?

In a bottom-line sense, 2-4 is 2-4, and there is no easy way to candy-coat it. Barring some freakish streak and reversal of form, the playoffs are already looking like a pipe-dream. But for a pair of teams who are a combined 4-8, they’ve been solid deliverers at the betting window at a combined 9-3 ATS. It speaks to a certain underlying solidness that belies their straight-up won-loss records. With Denver, you have a team that has fought through many personnel issues while still being able to hold up decently, despite last week’s failings. A Titans team that lost for the first time last week only beat them by two, a still-unbeaten Steelers beat them by only five. And they won consecutive road games against the Jets and Patriots.

The Chargers have also dealt with a lot of issues on the injury front. All of their games have been close. Even last week with the Chargers in apparent control, it looked like the ceiling would cave in once again, until a late spurt salvaged the win against Jacksonville. They’ve squandered some leads this season, but in competitive losses to the Chiefs, Buccaneers, and Saints, they were right there with a chance to win in the end. So the Chargers are really a 2-4 team with a twist, and they showed their class with a good fourth quarter on Sunday to put the Jags away and cover the spread.

Chargers in this Role?

When watching the Chargers play a close game after a close game with a wide range of NFL teams, we see a recurring pattern where the Bolts play up or down to the level of their opponent. They’re competitive with really good teams and allow inferior teams to generally be competitive. So you see them playing a 2-4 Denver team, a squad that is battered by injuries with a slew of standouts out of action on both sides of the ball. And maybe you think this is a nice spot for the Bolts. Maybe it is. But what you will often see on the field is the Chargers not getting separation from teams that aren’t very good.

The Denver defense will be given the tall task of curtailing a rising rookie QB in Justin Herbert, who is averaging over 300 yards per game in his five starts with 12 TD passes. Watching him take the bull by the horns on Sunday was impressive. He has a lot of tools to wield on the Denver defense. But the Denver “D” is a part of the Broncos that keeps them in games. Even with a lot of key guys out, they have some upside. Bradley Chubb is starting to get to the QB with greater regularity. The secondary is holding up pretty well. So they might be able to compete from that standpoint.

Things on the offensive side of the ball haven’t panned out that well for the Broncos. The Chargers’ defense is even more tattered by injuries, and while still possessing playmakers on all levels, they’ve lost some of their bite. They’re still good enough to stymie a Broncos offense if they don’t find answers. It’s not just last week’s lopsided loss to the Chiefs, as Kansas City does that to a lot of teams. But it’s been a slog all season on this side of the ball. Scoring over 21 points just once this season, and that came against the lowly Jets.

The problems are multifold. Drew Lock, just getting back into the swing after being hurt, hasn’t been able to pick up where he left off after a promising 2019. One TD and four picks with a retooled aerial crew is just awful. The run-game hasn’t blossomed with Melvin Gordon, who meets his old team for the first time this week. Phillip Lindsay was knocked out of the last game with a concussion. The aerial game has been a dud, despite additions that suggested otherwise. Rookies Jerry Jeudy and especially KJ Hamler have been more subdued than expected. Tim Patrick has taken over as the lead receiver, and now he’s banged-up too. But they do have some horses and could put it together conceivably. It’s just been more a work-in-progress than some may have suspected.

There may not have been much to get excited about with Denver’s offense so far this season. And the Chargers seem like the better team through six weeks even as they both have the same record. But with crowds a much smaller factor this season, Denver might have the best home-advantage in the league, especially with things already getting snowy in Colorado, while LA is still in the grips of heat. I just see a scrappy Denver defense, some seemingly-inevitable Chargers self-undermining, and a little more spark on the Broncos’ offense, allowing them to cover the spread in this spot. I’m taking the Broncos.

Loot’s Prediction to Cover the Point Spread: I’m betting on the Denver Broncos plus three points. Hey! Did you know that you could be betting on games at -105 odds instead of the expensive -110? Dump your overpriced bookie TODAY and start betting smarter at BAS!