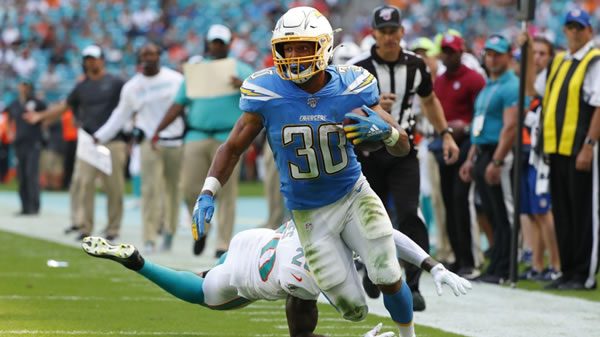 The Los Angeles Chargers come to FedEx Field for a Week one showdown with the Washington Football Team. Both teams are coming off 7-9 seasons in 2020. For Washington, it was good enough to win the NFC East. And for the Chargers, it was enough to warrant them a team to watch in 2021, with a revamped coaching staff and a good young roster. Washington will certainly be facing a talented team, though this is a faraway road trip into unfamiliar territory for the Bolts. Despite being 7-9, hopes are high for both teams, and we’ll see who can get this season get started on a good note.

Can the Chargers Buck Recent Form?

When forming preseason thoughts on the Chargers, it’s hard to not notice how they seldom seem to live up to expectations. Even with a franchise QB and a roster packed with All-Pro talent, one hesitates to give them the nod of approval. After all, they’ve had these things in place before, and it just didn’t work out. Over the last few years, we see a team playing down to the level of its opposition, usually coming out on the short side of one-score games. Enter new head coach Brandon Staley, who looks to add some creativity, tap into QB Justin Herbert’s potential, and set the Chargers onto a more positive course.

A lot is in place. Herbert looks to take that next step and has a lot around him to help him succeed. Austin Ekeler is a versatile back who can do damage on the ground and in catching passes. Kennan Allen is as dependable as they come, with Mike Williams offering a nice option. The growing pack of receivers like Jalen Guyton and Tyron Johnson offers additional promise. On top of a new coordinator in Joe Lombardi, who comes from a dozen years with the Saints, is a revamped offensive line. Along with first-rounder Rashawn Slater, they get a healthy Bryan Bulaga, with a slew of free-agent signings that should elevate the form of this front considerably.

Even with all the other changes, what might concern Washington, even more is the Chargers’ defense. Staley will be calling plays, as he did last year when he led the top-ranked Rams’ defense. He has some young players who turned out to be really good picks. He will institute a less-predictable defense, with Joey Bosa upfront, S Derwin James in the back, and a slew of heavy hitters in between. They enter the season healthy, giving Staley an excellent chance to hit the ground running with this bunch.

Maybe Washington needs to be looked at differently after getting so much out of what was a dysfunctional offense in 2020. In comes Ryan Fitzpatrick, and while that may be an underwhelming signing to address their long-standing QB issues, he could thrive in this role. The line overperformed last season, not great, but a pleasant surprise nonetheless. They will be without one of their best linemen in Brandon Scherff. Fitzpatrick has no stars to work with on offense. But through the air, he has rising receiver Terry McLaurin, Curtis Samuel, rookie Dyami Brown, TE Logan Thomas, Adam Humphries, Cam Sims, Steven Sims, and Isaiah Wright. RB Antonio Gibson made some noise last season and can catch a lot of balls. So it’s not a star-studded cast, perhaps, but it’s a deep one that could do damage. There are youngsters who are getting better and incoming talent like Samuel that Rivera looks to make better use of.

Still, this is a Washington team that topped 27 points just once in 2020. You have an aerially-inclined QB in Fitzpatrick who is getting up there in years. Against a playmaking Chargers’ defense that Staley had a whole camp to whip into shape, one wonders how smooth the sailing will be for this Washington offense. Fitz is aerially very prolific, but part of that equation is some costly mistakes. And against this defense, those mistakes have a way of turning the result of the game on its head.

Can Washington’s “D” Save the Day?

This could be the element of the Washington team that allows them to overcome their deficiencies on the other side of the ball. They finished last season very strong, not allowing any of their last seven opponents to exceed 20 points. This should be a good test for the revamped Chargers’ offensive line, who won’t see many fronts as fierce as this all season. Coordinator Jack Del Rio whipped this unit into shape in his first year, with Chase Young showing what kind of player he can be moving forward. With Montez Sweat on the other side with Jonathan Allen and Daron Payne on the inside, the early draft picks up front have really started to pay off in a big way. This side of the ball can subdue even strong offenses and give their own offense some room with which to work.

I think some things will stand out to bettors in the wrong way. The Bolts have a second-year golden boy QB, while Washington has an ancient guy behind center who has seemingly played for 20 teams. Washington has Chase Young, then a bunch of guys devoid of star power. The strength of their roster doesn’t leap off the page. But with a pronounced home-field advantage in week one, I see the Washington defense keeping the Chargers from exploding, with enough big plays on offense to keep this one within range. In a game that’s a bit of a grind, I see Washington crossing the finish line a nose ahead.

Loot’s Prediction to Cover the Point Spread: I’m betting on the Washington Football Team at a pick’em. Kick your season off right with a fat 100% signup bonus on your first deposit of $100 to $1000 at Betnow Sportsbook!