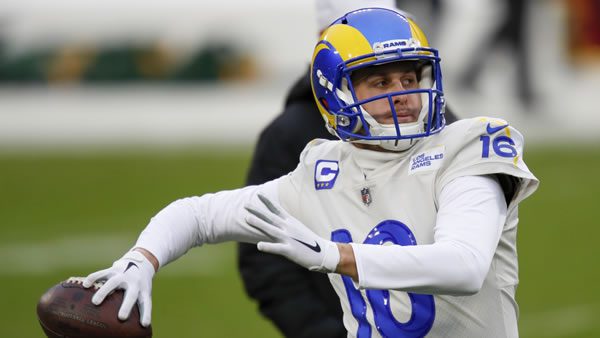 The first Sunday Night Football game of the 2021 campaign will feature the Los Angeles Rams and the visiting Chicago Bears inside SoFi Stadium. Despite losing starting running back Cam Akers due to an injury in the preseason, the Rams will open as 7.5 point favorites as the offense turns to quarterback Matthew Stafford stemming from one of the biggest trades in the offseason. After struggling in the passing department in 2020, Head Coach Sean McVay made a bold move to bring in Stafford, which should bolster the efficiency in the passing department. Only time will tell if the offseason trade will pay dividends, and the Rams offense will receive a difficult challenge right out of the gates in the visiting Chicago Bears.

The Bears also have a lot of storylines around their quarterback position, and those storylines are likely to continue into the season as Andy Dalton, and rookie Justin Fields continue to fight for control of the offense. One thing that is certain is Chicago must make improvements to better their 8-8 SU record from last season. Offensively, the team was a mess producing just 331 total yards and 23.1 points per game on the offensive side of the football, which both ranked among the bottom seven teams in the league. Most importantly, the Bears staff appears to be in no hurry to make the immediate changes for long-term improvement, and I believe that will set bettors up with a prime opportunity to fade Chicago in the season opener in front of a nationally televised audience.

Despite showing improvement and undeniable potential in the preseason, the Bears will not start rookie QB Justin Fields in the season opener. Instead, the Bears will turn to journeyman Andy Dalton in a head-scratching decision. Dalton received a lot of playing time in 2020 as the former backup to Dak Prescott with Dallas. Once Prescott’s season ended prematurely, Dalton started nine games finishing with a 65% completion percentage with 14 touchdowns and eight picks. As a Cowboys fan, I can tell you those numbers don’t tell the entire story. Dalton was really “bad” at times throughout the year with one of the most talented receiving corps in the NFL. The fact Chicago has decided to start the season with Dalton under center rather than investing in their rookie quarterback continues to baffle me, and I think that is going to come to a disastrous conclusion against this extremely talented Rams defense under the bright lights of Sunday Night Football.

I’m going to keep this analysis very straightforward. Instead of breaking down multiple angles, let’s just call it what it is. The Rams have an elite NFL defense that will be going against a very bad quarterback in Andy Dalton. The Bears are unlikely to turn Dalton loose, which means running back David Montgomery will be the primary focus on offense against the NFL’s best defense from 2020. Simply put, this is a complete mismatch between the Bears offense vs. Rams defense. On the other side of the ball, Chicago has a solid defense which will keep them competitive this season. Furthermore, the Rams have some concerns about who will carry the bulk of the running back responsibilities with the loss of Akers. Backup Darrell Henderson Jr and newly signed RB Sony Michel will likely split those opportunities.

Obviously, this may provide challenges for the Rams running attack against a solid Chicago interior. However, I still believe Stafford will elevate this Rams offense and give wide receivers Robert Woods and Kooper Cupp the opportunities to thrive. Head Coach Sean McVay is still one of the best play-callers in the game, and if Stafford plays anything to the level that I expect under McVay, the Rams offense will take a big step forward. Look for this to be a one-sided affair even if the scoring is limited!

Jay’s Pick to Cover the Point Spread: Los Angeles Rams -7.5. This is a great spread to tease down to anything under 3. Check out our best teasers page for the books that offer the best odds and that pay fast when you request your winnings!