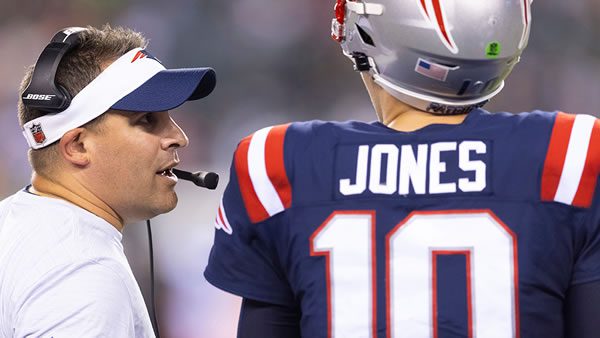 The New England Patriots will host the Miami Dolphins at Gillette Stadium to kick-off the season as mere 3 point favorites this Sunday. The overshadowing storyline heading into the start of the season is the untimely release of former QB Cam Newtown and Head Coach Bill Belichick’s decision to move forward with rookie quarterback Mac Jones. Like New England, Miami has also invested a lot of interest into another young talent in QB Tua Tagovailoa who had nine starts in his rookie campaign last season. Like the Patriots, the Dolphins are hoping their young talent at the quarterback position can move the team forward. As a result, Sunday’s showdown between the Dolphins and Patriots will be an intriguing match-up that could shed light towards determining the strength of the AFC East.

For transparency, the Patriots have won 15 of their last 17 season openers in week 1, which includes a 21-11 victory over the Dolphins in last year’s season debut. Former Dolphins QB Ryan Fitzpatrick tossed three interceptions in last year’s opening loss, but Miami exacted revenge in the 2nd meeting of the season in late December with a 22-12 outcome with Tagovailoa under center. Still, these are two reasonably different teams as we look to kick off the 2021 campaign. The Dolphins have added extra firepower in the receiving corps with the acquisition of WR Will Fuller and the signing of WR Jaylen Waddle from the 2021 NFL Draft. From simply a talent standpoint, the Dolphins are budding with potential, given their ceiling likely be determined by the play of Tagovailoa. While both quarterbacks’ expectations in this game are somewhat unknown, Miami has intriguing underdog value as the overall more talented football team.

Despite the quarterback change, the Patriots will still have a strong defensive group that will serve as the backbone of the team. Despite the horrific play by Cam Newton in 2020, the Patriots still held opponents to just 22.1 points per game throughout the year. I believe QB Mac Jones was one of the most underrated picks in the 2021 NFL Draft. Jones is a prototypical pocket passer with the arm to make all the throws on the field, which will provide an immediate step-up in downfield opportunities for the Patriots receiving corps. However, New England still lacks any notable big playmakers on the offensive side of the football, and I wonder if the lack of “go-to” threats will create issues on 3rd down.

Rest assured, Bellichick will give the Patriots opportunities to succeed as he is one of the best game planners of all time. Simply put, I see more potential with the Dolphins and their growing weapons on the offensive side of the football. Perhaps the most overlooked aspect of the Dolphins is their underrated defense which was statistically even better than New England in 2020, allowing just 21.1 points per game. Miami is stacked with talent in the defensive secondary and used one of their 1st round draft picks to help anchor the middle of the field with LB Jaelan Phillips. If Miami can create a better pass rush, they have the secondary to compile a top 5 defense. As a result, this game features two defenses that should have a rather steep advantage against inexperienced quarterbacks. I know Tagovailoa had nine starts last year but keep in mind he is still a really inexperienced and shaky prospect. Therefore, I expect we will see minimal offense success with growing pains from both quarterbacks.

Jay’s Pick to Cover the Point Spread: This game projects to be a clear defensive battle given the circumstances with a likely conservative game script. Take the under 44. Question: Where you betting foots this season? Consider this! –> 50% real cash bonus at a sportsbook where your credit card WILL work for depositing, where you receive rebates on ALL your bets; win, lose or draw, horse betting account, the best live wagering platform on the web, fair casino gambling and FAST payouts, all from a sportsbook that has been on the web for 20 years! —> Bovada Sportsbook!