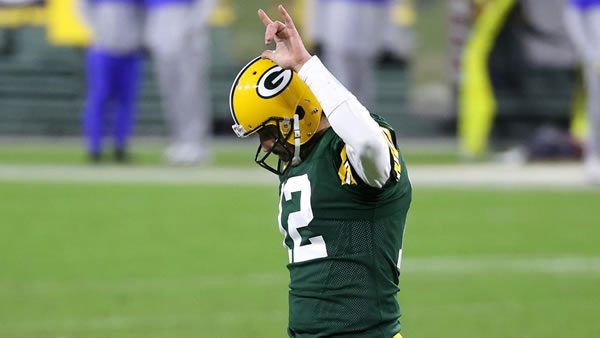 The NFL has closed the book on 2021, but the first games of 2022 will decide how the playoffs are set. The Minnesota Vikings head to Green Bay for a Sunday night date with the Packers, and the stakes are high in this NFC North rivalry. Green Bay owns the No. 1 seed in the NFC and could clinch that for good with a win and some help from Arizona earlier in the day. Minnesota is the first team out if the playoffs started today, but they can help their chances if they can duplicate the performance that saw them beat Green Bay in Week 11. Minnesota has won each of the last two meetings with a 5-4-1 record in the last ten overall, and the underdog has covered in four straight in this series.

Minnesota is 5-2 ATS in their last seven away from home and covered in their only game this season when getting at least 6.5 points. They have not fared well inside the conference with just a 5-11 ATS mark against NFC opponents. Green Bay has the best ATS record in the league this season but has a 3-2 record against the spread when favored by 6.5 points or more. The Packers have won eight of the last eleven against the spread in January. The Over has hit in 6-of-8 when Minnesota is on the road and 8-of-11 inside the division. The Over is 8-2 in the last ten when Green Bay plays against the NFC North but Under is 7-3 when Green Bay plays a team with a losing record. Green Bay is seeing about 63% of the public bets, which is about as low as they go in terms of betting support, with nearly 70% of the action on the Over.

Can Cousins Carry the Load?

Not many QBs have a winning record against Aaron Rodgers, but Kirk Cousins has a 4-3-1 mark against Green Bay and has thrown for 18 touchdowns in those eight games. More impressively, Cousins has only five interceptions in those contests, and his teams have scored at least 28 points in five games. The Minnesota passing attack is top-10 at 255 yards per game and has a tough matchup with Green Bay’s passing defense allowing just 216 yards on average. Cousins was able to throw for 341 yards and three scores in Week 11, with Justin Jefferson notching 169 yards and two touchdowns. Jefferson (97-1451-9) leads the team in catches and yards and could be in line for a heavy workload if Adam Thielen cannot suit up after re-injuring his ankle last week. Dalvin Cook missed last week while in the COVID protocol but should be cleared for Sunday Night. He leads the team with 1,067 rushing yards and six touchdowns. Green Bay’s run defense has been weak at times but held Cook to 86 yards and 3.1 yards per carry in November. Minnesota’s defense continues to struggle and has fallen to 29th in total yards allowed. Outside of holding Chicago to nine points in Week 15, the Vikings have given up at least 28 points in every game since Thanksgiving week. The pass-rush is among the league’s best, and 44 sacks is one of the reasons Minnesota has the 4th best third-down defense.

Aaron Rodgers should be looking forward to Sunday after throwing for 11 touchdowns over the last three against Minnesota. During his 26-game career against the Vikings, he has thrown just seven total interceptions. This passing offense isn’t special in terms of yards per game, but Rodgers is ultra-efficient with 33 touchdowns and just four interceptions on the year. Green Bay almost never gives the opponent a short field or big momentum swing, which helps keep their defense fresh. Davante Adams (106-1362-10) had ten catches for 114 yards and two touchdowns last week, making him the all-time leader in games with at least ten receptions, 100 yards, and at least two touchdowns. Marques Valdez-Scantling is set to return from the COVID list, and his 17.1 yards per catch is good for third in the league. VMS and Allen Lazard have combined for eight receiving scores to help cover up the loss of Randall Cobb. Aaron Jones is tied for the team lead with ten total touchdowns (four rush, six rec), and he leads the backfield with 723 rushing yards. A.J. Dillon is right behind him at 677 rushing yards, and his 31 receptions are third on the team. This defense ranks 8th in QBR allowed while forcing 25 turnovers. The Green Bay picked off Baker Mayfield four times last week which led to 21 points, and Rasul Douglas notched his fifth on the season. Douglas has those five interceptions and 12 pass defenses in just ten games. Rashan Gary (8.5 sacks) has taken the role of lead pass-rusher, with Preston Smith chipping in eight sacks and two forced fumbles.

The Packers have found a way to do just enough over the last few weeks to get wins, but that really has been their model this season. Green Bay doesn’t turn the ball over or kill drives with penalties, and they make the opponent go the full length of the field over and over to score. Minnesota has proved they have the kind of offense to hang with Green Bay in a shootout, but this game should be a bit slower-paced with game time temps forecasted to be in the single digits. That should bring the run games to the front of the game plans, and I like Jones and Dillon running against Minnesota’s 28th ranked run defense. That duo only had 13 combined attempts in Week 11 but averaged 5.7 yards per carry, and they should see a lot more action this week. Dalvin Cook has two 150+ yard efforts in his career against Green Bay but has also been held to 50 yards or fewer in three games. I think the Green Bay secondary is good enough to allow some extra attention to be paid to stopping the run, especially on a day when the weather will make passing a bit more difficult. Thielen did return to the game after initially going out against the Rams, but his bad ankle did knock him out of the game for good in the third quarter. This is a big spot for Minnesota, and I expect Thielen to give it a go, but anything less than him at 100% is a significant advantage for Green Bay. Jefferson and Adams could be considered a wash, but Minnesota loses a big advantage without their second wide receiver. I’m looking for Green Bay to figure out how to keep up the scoring pace after a couple of quiet second-half performances in recent weeks and put this one away, 27-18.

Ted Walker’s Pick to Cover the Spread: Green Bay Packers. Note: Did you know that you could be saving $5 every time you bet to win $100? You don’t even have to do anything! Nothing to buy, no strings attached. All you need to do is place your bets at BetAnySports Sportsbook, where you only lay -105 odds on your bets instead of -110 like 99% of the other sportsbooks charge! Click here to start saving big money today!