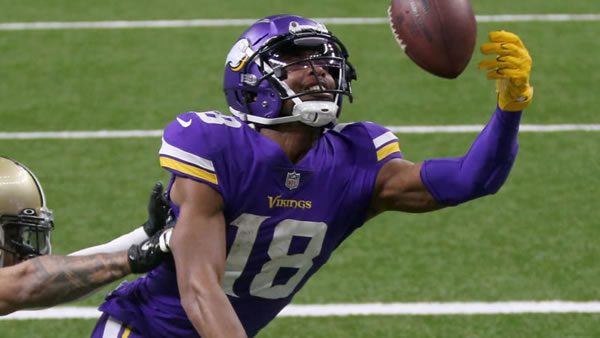 Every year has its own unique storylines, and 2022 is no exception, but I don’t think anyone had an idea that a Week 14 matchup between the Vikings and the Lions would be among the best on the entire slate. Minnesota has the second-best record in the NFC and is within one game of the current 1-seed Philadelphia Eagles. Detroit is used to being out of playoff contention right now, but a recent 4-1 stretch has them two games back of the final wildcard spot. Six of Detroit’s seven losses have come to teams that would make the playoffs if they started today, so this isn’t any ordinary 7-loss team, and it shows as the line opened with the Lions as a one-point dog, but now they stand as 2.5-point favorites. These teams played a great one in Week 3 in Minnesota, with Cousins hitting K.J. Osborn for a score with less than a minute remaining to secure a 28-24 win. Detroit led that game by ten after three quarters and outgained the Vikings overall but just couldn’t stop Minnesota late. Overall, the Vikings have won nine of the last ten in this series, but the Lions have four straight wins against the spread.

Minnesota started slowly against the spread but has just one ATS loss in their last seven games overall. The underdog is 4-0 against the spread in the last four between these teams but remember that has all been done by Detroit and Minnesota is 3-8 ATS when playing a team with a losing record. Detroit has seven straight wins against the spread inside the division and is 9-2 ATS in the last eleven overall at Ford Field. Detroit has played well against good competition, going 7-2 ATS in the last nine against a team with a winning record. Throw a dart at the board, and you will hit a stat that is in favor of the Over with both teams. Minnesota is 11th in scoring and 21st in scoring defense, while Detroit is 6th in points for and dead last in points against, so it is no big surprise that nearly 70% of the public money is on the Over. Minnesota has been a small dog on three occasions this season, going 1-2 against the spread, and this is Detroit’s third time as the favorite with a 1-1 ATS mark.

Best Seat in the House

Minnesota undoubtedly has the easiest path to the playoffs with their current five game lead in the NFC North. That kind of room for error helped them get over laying an egg against Dallas, and they can focus on running down that 1-seed without having to look over their shoulder. Kirk Cousins pilots the 10th-best passing offense in the league, and he’s shown a unique ability to make big throws in key spots. Of course, that is helped by Justin Jefferson (88-1277-6), who leads the team in all receiving categories, but Kirk has spread the ball around as well, hitting nine different Vikings to total his 19 passing touchdowns. Minnesota traded for TE T.J. Hiockenson, and he has developed an instant chemistry with Cousins. In five games with the Vikings, Hockenson has at least four receptions in every game, and his 40 targets over that span are second only to Jefferson. Davlin Cook is 73 rushing yards shy of 1,000 on the season, and his eight total touchdowns lead the team. Minnesota has not played a good brand of defense all season and enters the week ranked 32nd in passing defense and 2nd to last in total yards allowed. They do have a legit pass rusher in Za’Darius Smith (9.5 sacks), and S Harrison Smith leads the team with five interceptions.

More Picks: Get our handicapper’s low down and top bet on the Bal/Pit Week 14 game >>>

Detroit has been looking for signs of life in every phase of the game for several seasons, but they appear to have gotten things sorted out on the offensive side of the ball. The Lions are 6th in scoring at 26.2 points per game, and that figure is even more impressive considering they scored six total points in Weeks 5 and 7. They are averaging north of 31 points over the last month, with Jared Goff completing 69% of his passes over that span. In what has to be one of the oddest splits in recent seasons, Goff has thrown 17 of his 19 total touchdown passes at home. The running game is 10th in the league, with Jamaal Williams leading the NFL with 14 touchdowns. He leads the team with 769 rushing yards, but D’Andre Swift is the more dynamic playmaker at 5.5 yards per carry. Swift is fourth on the team in receptions despite missing three games and being on a pitch count in others, but his 18 total touches last week tied for his highest total since Week 1, and that amount is a good sign that he is near full health. Amon-Ra St. Brown leads the team with 76 receptions, and that total is 44 more than Kalif Raymond, who has the next highest total. Like their opponent this week, the Lions defense has struggled, sporting bottom five ranks in passing and rushing yards while giving up 27 points per game. Aidan Hutchinson has been a very bright spot with six sacks and two interceptions during his rookie campaign.

Take Minnesota in a Shootout

It was not a surprise to see Detroit as the favorite this weekend. There were a lot of Minnesota pundits predicting that as Detroit has been staying hot, especially at home. The T.J. Hockenson factor is an intriguing story during the week but also a legitimate on-field factor. He has helped keep Minnesota’s passing game dynamic with teams scheming to take away Justin Jefferson. Both teams seem to do well in back-and-forth games, and both have learned to rely on their offenses to bring them back, but Minnesota has the proven ability to beat teams like Buffalo and Miami, whereas Detroit has not. Each team could decide to lean on the run and take control of the clock, but that is only going to last so long, and the need to score points is going to be apparent, given the relative ineptitude of both defenses. Don’t expect either team to get too far away from the other in what will likely be a four-quarter game but do expect to sweat this out no matter what side you get your money on. The Vikings have just a bit more in the tank, in my opinion, in terms of playmaking volume, and watch for Adam Thielen to have a sneaky good game with some much attention on Jefferson, Hockenson, and Cook. Minnesota gets a 30-27 win.

Pick to Cover the Spread: Minnesota. Do you bet parlays? If so, it’s imperative to make sure you’re betting at the sportsbook that offers the best parlay odds on the web!