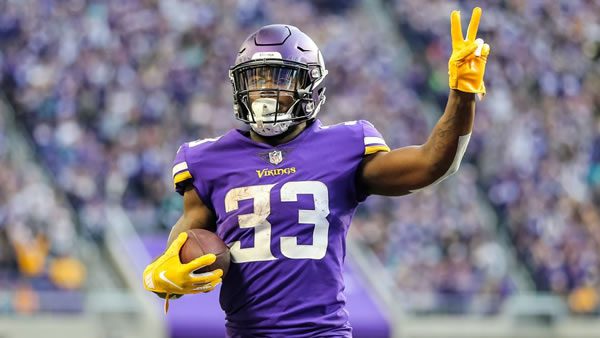 The Minnesota Vikings make the trip south to Florida for a Week 6 showdown with the Miami Dolphins on Sunday. The Vikings have somewhat quietly started the season a promising 4-1 in head coach Kevin O’Connell’s first season. On Sunday, they overcame a stiff challenge at home against the Bears, parlaying big games from Dalvin Cook and Justin Jefferson into a 29-22 win. Unfortunately for the 3-2 Dolphins, things have bottomed out some after a 3-0 start, following some personnel issues and two straight bad defeats. On Sunday, a 40-17 loss to the Jets probably serves as just cause to start sounding the alarms. Who can get it done this week?

What Can the Dolphins Salvage?

Concussions have exacted quite a toll on the Dolphins at the QB position. First, they lost Tua Tagovailoa before losing Teddy Bridgewater early in their game against the Jets on Sunday. They’re down to rookie seventh-round draft pick Skylar Thompson. At least he got most of a game under his belt and isn’t coming into this game cold. He wasn’t incompetent, but the offense is now in a state of freefall, as this is not at all what they drew up to begin the season. Thompson is likely to continue with a lot of short stuff, not coming close to making full use of weapons like Tyreek Hill and Jaylen Waddle. At least these issues at QB are coinciding with the growth of RB Raheem Mostert in this offense, as he had his best game with Miami last week.

When Tua was slinging it to Hill and Waddle, the inadequacies on the other side of the ball were evident but negotiable with the potential on offense. Now other than two good receivers, the offensive innovation of coach Mike McDaniel, and a back starting to do damage in Mostert, there isn’t much optimism. When you’d maybe hope the other side of the ball to snaps into shape, you’re looking at a Miami “D” that has been getting run over in spots, including Sunday against the Jets. And with Dalvin Cook having just flashed his top form for the first time this season, this could be a big spot against a Miami defense that has given up some extravaganzas to opposing backs. And with Cousins having Jefferson and other damaging aerial weapons, it’s not that hard to see them getting that part of their offense to click this week.

Challenges for Minnesota This Week

When looking at Vikings’ highlights over the years, you don’t see a ton against Miami on the road. They’re a little out of their element and playing a desperate team that has gone from promising to in peril within a few weeks and will be gunning to put a stop to that. And whatever rosy outlook you might have in mind for the Vikes, there’s a reason they have missed the playoffs the last two years with a bursting offensive unit. They underperform quite frequently. They’re thrown off course easily. Kirk Cousins will fire in the occasional clunker. They’re just not dependable. But this season, we’re seeing some better clutch play on both sides of the ball. For a team that has suffered so many close losses over the last few seasons, seeing them win their last three games where they needed to produce at the end has been promising.

That aside, they haven’t been that stout either against the pass or the run. We’ve seen a few running games really thrive against this defense, something Miami and Mostert will look to exploit on Sunday. If it is, in fact, Thompson behind center for the Dolphins this week, he will at least get some decent prep leading up to it this week, and maybe they can come up with something. They’re facing a sub-average defense well out of its element with a lot of talent in which they can wield. Granted, the prognosis isn’t that great for the Miami offense, but the Vikings are still dicey enough on “D” to warrant holding out hope.

For the Dolphins, especially with their offense operating at less than full capacity, the prognosis for their defense appears to be bleak. You have one of the best receivers in Justin Jefferson, dialed in with Cousins and starting to put together big performances on a more regular basis. But even if they somehow prevent Jefferson from doing his thing and contain all the other high-end complimentary pieces on the Vikings’ offense, what can be done about Cook? If Cook falls flat, can they stop Alexander Mattison? It’s just not easy picturing all of these things not working all at the same time against Miami this week?

Something tells me Miami won’t make this easy. They have enough talent on offense and innovative play-calling on that side of the ball to make this less of a slam dunk than it may seem. Combine the state of Minnesota’s “D” and how they will look in this spot following a demanding week in a weird setting, and it’s not crazy to forecast a better effort than what we’ve seen from the Miami offense the last two weeks. It’s just that the Minnesota offense, while not utterly reliable, elicits more confidence this week, and you could maybe even say the same about their defense this week, as well. I’ll take the Vikings in this one.

Loot’s Prediction to Cover the Point Spread: I’m betting on the Minnesota Vikings minus 3 points. Bet your Week Six NFL predictions for FREE by taking advantage of a 100% real cash bonus up to $500 when you use bonus code PREDICTEM at Betnow Sportsbook!