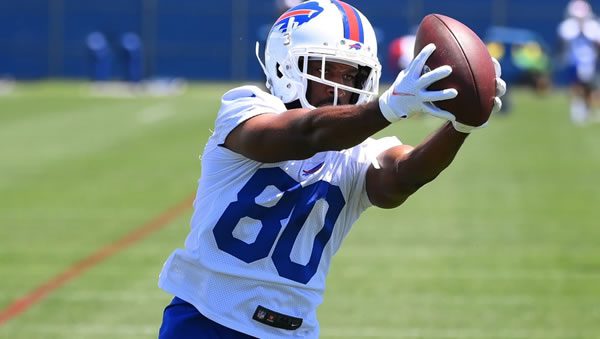 It’s a Monday Night double-dip in Week 2, and the first course has the Tennessee Titans traveling to Buffalo to take on the Bills. The Titans were stunned in Week 1 by the Giants, but they have fared well against the Bills with wins in each of the last two seasons. Derrick Henry has run for a combined 300 yards and five touchdowns in those contests, but both were played in Tennessee. Buffalo has moved to the top of the contenders’ list after drubbing the Rams in L.A. to open the season. Josh Allen accounted for four touchdowns in Week 1, and the Bills’ offense looks deep and dangerous with weapons everywhere. Von Miller recorded two sacks in his Buffalo debut, and the team notched seven sacks to give this defense the look of a potential Super Bowl winner. Tennessee will likely need to put up a ton of points to hang with Buffalo this time around, but they have done exactly that in the last two years, scoring 34 and 42 points in those games.

Tennessee has done well on Monday Night Football with an 8-2 record against the spread in their last ten Monday games. They have struggled to a 3-7 ATS mark in their last ten games overall but are 6-2 against the spread in the last eight as the underdog. Buffalo hasn’t had the same luck on MNF with just two ATS wins in the last eight on Monday, but they haven’t dropped an ATS decision in the last five as the favorite. The Under is 6-1 in the last seven for the Titans, but the Over has a nice 12-3 stretch when Tennessee is on the road. The Under is 5-2 in the last seven, when Buffalo is the favorite. The dog has a 10-1 ATS record in the last eleven games overall in this series. Early betting has roughly 60% of the public money on Buffalo and 63% of bets on the Over.

The Titans have made the playoffs for three consecutive years and won the AFC South each of the last two, but they stubbed their toe against the Giants in Week 1. They jumped out to a 13-0 early but were stifled for much of the remainder and allowed New York to rack up 238 rushing yards. Tennessee struggles when Derrick Henry isn’t controlling the game, and the Giants held him to just 82 yards on the day. Ryan Tannehill put up a respectable 266 passing yards with two touchdown passes, but the downfield playmaking just wasn’t there. Robert Woods was brought in to help replace the loss of A.J. Brown, but Woods was only able to notch one reception for 13 yards. TE Austin Hooper was another offseason addition, but he was held to just one catch as well, and this passing game looked average at best, with Kyle Philips (6-66) seeing a team-high nine targets. The defense ranks last against the run after one week, but they did get a record five sacks and one interception while holding Daniel Jones to 188 passing yards. The offensive letdowns were more meaningful in Week 1, but the defense will need to step up against a Buffalo offense that should finish as one of the best in the league.

Buffalo was always going to be on the playoff radar after that dramatic back-and-forth game against Kansas City last year, but they really looked the part as they dismantled the defending champion Rams in Week 1. The offense was crisp, with Josh Allen throwing for 297 yards, but he also led the team with 56 rushing yards. Stefon Diggs put up an 8-122-1 stat line on a team-high nine targets, with Gabe Davis and Isaiah McKenzie each catching a touchdown pass. The Bills did turn the ball over on four occasions (2 INT, 2 FUM) but did not punt, and the defense evened things out with three interceptions of Matt Stafford. That defense also held the Rams to just 52 rushing yards, and while Cooper Kupp got his, Buffalo gave up just one play of 20 yards or more. Starting DT Ed Oliver could miss the contest after leaving Thursday’s game with an ankle injury. Presuming the Bills are as good as they looked, this should be a game they can handle, but they need to get these “easy” ones with games against Baltimore, Pittsburgh, Kansas City, and Green Bay all looming before the end of October.

More Picks: Get Crew’s Cards at Raiders Week 2 prediction against the spread

Big point spreads are commonplace for Buffalo. They were double-digit favorites in seven games last season and went 4-1-2 against the spread in those contests. They were 2-1 ATS in three games where they were favored by seven points. If the Bills don’t give the ball away like last week, they should consistently move the ball with all of those weapons and put Tennessee in a position to play keep-up. Buffalo has the kind of scoring prowess to take the ball right out of Derrick Henry’s hands, that is a winning scenario for the Bills. This one should stay close through the half, but Allen is looking like he will assert himself as an MVP candidate, and the lead will extend to the second half. There are better days ahead for Tennessee, but Monday Night will not be one of them, and Buffalo heads to 2-0 with a 28-16 win.

Pick to Cover the Spread: Buffalo. Bet your Week Two NFL predictions for FREE by taking advantage of a 100% real cash bonus at Everygame Sportsbook when you enter promo code PREDICTEM on their special offers page AFTER you’ve made your deposit.