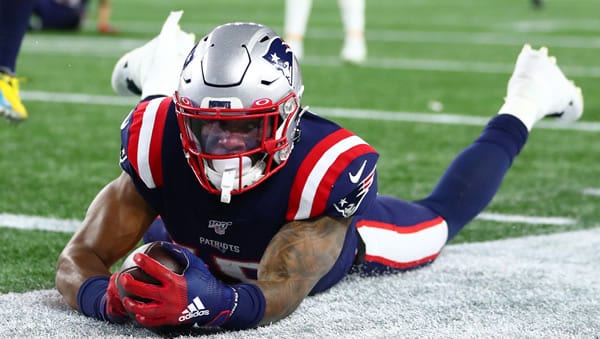 AFC East rivals meet in Miami on Sunday when the Dolphins play host to the Patriots at Hard Rock Stadium. Miami leads the all-time series 56-54 and have had the upper hand of late at home against New England, going 5-2 over their last seven games when hosting the Patriots.

Both teams are still alive for the postseason, though the Dolphins’ chances are far more legit than the Patriots, with New England having to win out to have any chance of continuing their current NFL record streak of 11 playoff appearances in a row. Miami would need to run the table over their last three games to surpass Buffalo to win the AFC East, though projections do put them at around a 75% chance of moving on if they win two of their last three against the Patriots, Raiders, and Bills.

After starting off last season with an 0-7 record, not many could have expected the Dolphins to be in the playoff possibility situation they are in now. Undoubtedly a lot of the credit belongs to head coach Brian Flores, who has clearly cemented himself as the best to ever come out of the Belichick coaching circle. His case is made even stronger when you consider the fact this was supposed to be a rebuilding season. Now the team finds itself on not only the precipice of the postseason, but also set up well for down the road with high extra picks in the first and second round in the 2021 draft from the Houston Texans, but also with their quarterback of the future now cemented in Tua Tagovailoa.

The Dolphins waited until week 8 for Tua to become the starter as he sat and learned behind veteran Ryan Fitzpatrick for the near first half of the season. Since then, he has repeatedly shown exactly why Miami took him with the second pick in the 2020 NFL Draft, and through seven games total, he has thrown for nine touchdowns compared to only one interception while also rushing for an additional score. With the Dolphins backfield in disarray, Tagovailoa has had to throw more, and over the past two games has passed for over 600 yards but has also seen a drop in his completion percentage with it not going over 60% in three of his last four games. Belichick and the Patriots have done well of late against young quarterbacks with their previous four wins coming against Lamar Jackson, Kyler Murray, Justin Herbert, and Sam Darnold, so Tua will undoubtedly have a tough test ahead of this week, especially with the Dolphins backfield ravaged by injuries.

Due to a rash of injuries affecting nearly every member of the backfield, who the Dolphins will be playing at running back on Sunday remain to be seen. Lead back Myles Gaskin is still listed as out due to injury, while Matt Brieda and Salvon Ahmed remain questionable though both were at least able to practice on Wednesday. If none of those three are able to go against the Patriots, Mami would likely lean again on DeAndre Washington with Patrick Laird as his backup.

The backfield of the Dolphins is certainly not the only area hit hard by injuries, as their wide receivers are also dealing with the same unfortunate issues. Preston Williams remains out with a foot injury, Jakeem Grant is questionable due to a hamstring issue, and starting tight end Mike Gesicki is not expected to be able to suit up on Sunday after suffering a shoulder injury against the Chiefs last weekend. The one shining light of good news is that the best skill position weapon the offense has, wide receiver DeVante Parker, is expected to be available against the Patriots. His return would be an immense upgrade for Tua’s possible target selection on Sunday. However, Parker will be sure to see an extra bit of attention from the Patriots defense as they try and go about their usual strategy of blanketing the opposing teams’ top weapon.

The Patriots head into week 15 all but needing a miracle to make the postseason, as even if they are able to win their remaining games against the Dolphins, Bills, and Jets, they are still not guaranteed a spot. The Patriots defense may not be playing at the same elite level that they pulled off a season ago, but anyone who has watched the team this season knows the real reason for the teams’ demise this year has been because of the offense. You can pretty much play the roulette game of blame between the plummeting play of Cam Newton as the season progressed, a wide receiver/tight end group that is undoubtedly the worst in the league, or the exposure of overrated offensive coordinator Josh McDaniel’s.

Cam Newton’s struggles in the passing game continued last week against the Rams before he was eventually pulled in the 4th quarter after leading the team to just three points total. He has now thrown twice as many interceptions (10) as touchdowns (5) on the season, and while he does rank 4th in the NFL with 11 rushing touchdowns, he is also a disastrous and significantly more important to his actual position 31st in quarterback rating. Newton has three interceptions over his last three weeks, and his turnover issues definitely add some confusion as to how one of the tallest quarterbacks in the league continues to get so many passes tipped or deflected at the line of scrimmage. Whether it is his mechanics that are off or its simply the age/wear and tear factor, Newton will need to come up with some sort of solution or adjustments to his play if he expects to continue to start at quarterback in the NFL.

New England’s top two options in the passing game are Jakobi Meyers and Damiere Byrd, with 2019 first round bust N’Keal Harry next up after them on the wide receiver list. Both tight ends they picked in the 2020 draft, Dalton Keene and Devin Asiasi, have returned from injury, and the door is certainly wide open for either of them to make any sort of positive impact for the offense. The Patriots are expected to move on from Newton after this season. Whether it be via free agency or going after one of the five quarterbacks currently slotted to go in the first round in 2021 (Trevor Lawrence, Justin Fields, Trey Lance, Zack Wilson, Mac Jones), the last three weeks of the season will essentially be an audition for every Patriots target to see who is around next year as one of the primary targets for whoever the new player at the position may be.

Lead back Damien Harris was able to practice on Wednesday with no injury designation for this weekend after hurting his back against the Rams. He will undoubtedly continue to be the focal point of the backfield, with Sony Michel and James White combining to handle the rest of the duties. They will all need to be ready for attention through the air as well, with Newton’s arm strength in question and now needing to mask the issue with shorter pass attempts.

Both defenses on Sunday appear to have a decided advantage. The Dolphins rank 1st in the NFL in takeaways with 25 and now get to host a turnover-prone quarterback in Cam Newton. On the other side, the Patriots have found their success in recent weeks against more inexperienced quarterbacks. While Tua Tagovailoa has undoubtedly outperformed expectations, he is still a rookie dealing with a depleted, injury-riddled offense going up against a head coach in Bill Belichick that has had a clear upper hand against such a competition in the past. I do not believe either team’s offense will find consistent success in moving the ball, and keeping with that thought process will be picking the game to go under the expected total of 42.

Mike’s Pick to Cover the Point Spread: UNDER 42. Bet YOUR Pats/Phins pick and ALL your sports bets each day at -105 reduced odds (instead of the nasty -110 you’re laying with your overpriced book) at one of the web’s best betting sites: BAS Sportsbook!