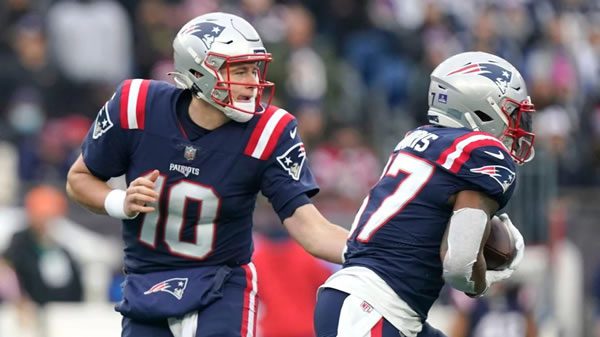 The Buffalo Bills earned the AFC East crown last Sunday with a 27-10 victory over the New York Jets to capture the division for the 2nd straight season. With the division-clinching victory, the Bills secured the #3 seed in the AFC and will have the peculiar luxury of hosting their AFC East rivals, the New England Patriots, at Highmark Stadium this Saturday. The Bills and Patriots split their two meetings earlier this year. New England captured a 14-10 victory on Monday Night Football during week 13 in the midst of a blizzard, and Buffalo avenged that loss in week 16 with a 33-21 victory. On Saturday, the Bills will get the slight nod again from oddsmakers as 4 point favorites in a highly anticipated AFC Wild Card showdown.

Last week, the Patriots were hoping to steal the AFC East from Buffalo in the regular-season finale. Instead, the Patriots suffered a relatively surprising 33-24 loss to the Miami Dolphins to drop their 3rd contest in the last four games. With the recent struggles, the Patriots fell to the #6 seed. As a result, legendary Head Coach Bill Belichick will be handed the first road Wild Card game of his head coaching career. Therefore if the Patriots are going to make a run in this year’s playoffs, they will have to turn around their momentum and will likely be on the road in all their contests moving forward. Belichick has been among the best coaches in NFL history in regards to preparing for these important postseason match-ups, but the ugly truth is that the Patriots have to play much better on the field if they expect to turn things around this Saturday.

Under normal playing conditions, the Bills appear to have all the necessary advantages to prevail in Saturday’s match-up against the Patriots and perhaps make another deep postseason run. The Patriots’ recent struggles have been highlighted by limitations from rookie QB Mac Jones who has just six touchdown passes compared to 5 interceptions over the last four games. In the week 16 loss to Buffalo, Jones posted one of his worst performances of the season, going 14 of 32 for 145 yards with two interceptions in the 33-21 loss. Personally, I think Jones is a decent quarterback, but he is not experienced enough for the clutch and critical moments, especially against the NFL’s top-scoring and pass defense in Buffalo.

As a result, the Patriots will rely heavily on running backs Damien Harris and Rhamondre Stevenson to move the football against this tough Buffalo defense. In the snowy conditions in week 13 that limited the play at the quarterback positions, the Patriots were able to edge out a physical battle on the ground to get the victory, and I believe that is their main path to victory again. However, the weather conditions are forecasted for clear skies on Saturday despite frigid temps. Therefore, Buffalo QB Josh Allen should have the opportunity to spread the ball around to his arsenal of weapons that includes WR Stefon Diggs, Cole Beasley, TE Dawson Knox, and others. Simply put, the Bills have ample firepower to outduel the Patriots as long as the offensive line holds up. I would also add the recent emergence of the run game behind RB Devin Singletary has provided a much needed added threat to this Buffalo offense, and if the Bills can continue to run the football to keep the chains moving; they will be extremely difficult to stop even against a Belichick defense.

Jay’s Pick: Buffalo is the better team and is playing the better football. I think they get the job done here and cover the mark. Take Buffalo -4. This is likely going to be a great game to live bet. Find the absolute best live wagering platform on the web at Bovada Sportsbook! Credit cards work there for depositing, you’ll receive a 50% real cash bonus, rebates on ALL your wagers, they have a huge racebook and an online casino for when the games are done! Click here to check them out!