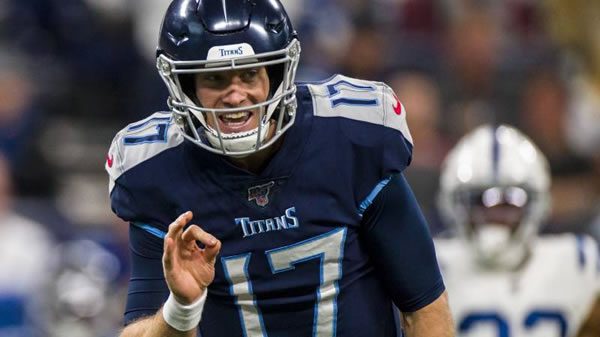 The New York Giants come to Nissan Stadium to take on the Tennessee Titans in week one action. It’s a bit of a random matchup with the NFC’s Giants coming down to Nashville as they begin their series against the AFC South. It’s a tricky opener for the Giants, a team trying to come out of a funk with new head coach Brian Daboll looking to replicate some of the offensive success he had as Buffalo’s offensive coordinator. They will need to be ready to go against a Tennessee team entering the season at full strength after a strong regular season despite being snake-bitten by injuries. Who can kick off the season in the right way and get us the cover on Sunday in Nashville?

With the Titans, the most significant change appears to be aerially, with AJ Brown and Julio Jones gone. Neither man was terribly instrumental last season. In fact, one needs to view the Titans differently as it pertains to player moves or losses in personnel. After seeing them get the top seed in the AFC last season with Derrick Henry out for the last half of the season, along with them overcoming other injuries in the past, we see the strength of Mike Vrabel’s system. He has some of that New England mojo where he played and was an assistant where the team just manages to overcome losses of key players with a “next man up” philosophy that is more than just word service. They hope getting WR Robert Woods, and first-rounder WR Treylon Burks helps bridge the gap left by the departed. With the injuries, last season, the Titans also saw guys like Dontrell Hilliard and Nick Westbrook-Ikhine take on bigger roles and become dependable secondary contributors.

The element of change might take on a larger form with a Giants team likely to undergo an identity overhaul. Whether they have the horses to pull it off remains to be seen. The pessimism regarding whether Daboll can turn Daniel Jones around is understandable, but he has looked good at times in the preseason. It probably won’t get worse, as this looks like a potentially better fit between coach and players. A lot is being asked. They need Jones to turn it around after a pretty big body of work of mediocrity. They need Saquon Barkley to regain his form and be the dynamo he once was. They need bounce-back seasons from receivers Kenny Golladay and Sterling Shepard, with continued improvement from Kadarius Toney. On the other side of the ball, they are hoping Kayvon Thibodeaux lives up to his hype and brings some respectability to a beleaguered front, but he won’t be available for a few games.

The Giants are trying to get to where the Titans already are—a steady conference contender with a real chance of getting into the mix to get to the dance. The Giants are coming off five losing seasons in a row, much under a QB getting his last chance to shine. We’ll see if Daboll and staff are the cure-alls and whether a talented receiver crew can get its act together, along with the resurrection of Barkley. Even if Daboll’s offensive mastery resonates, they still face the prospects of a being run over on the other side of the ball, where Henry will be eager to show his fangs after a prolonged absence, with the rest of a deep offense looking to hit the ground running.

Getting Psychological with the Spread

Without knowing for sure, the guess would be that if people had no point-of-reference, they’d think the Titans would be laying more than 5.5 at home for many of the reasons described above. We know the bookies aren’t laying meatballs out there for us to jump on, so it makes you think for a minute. Part of you thinks this seems like a perfectly reasonable proposition on behalf of the Titans. As you dig deeper for ammo to combat your surface takes, it depends on how much you come up with. For me, the equation falls somewhere in the middle.

I’m inclined to think there should be some fresh air pumped into the long-sagging sails of the Giants. On paper, there is no reason this receiver crew shouldn’t be producing, even if they lost some depth with Collin Johnson going down and are vulnerable with an injury-prone crew. Maybe with more separation from his injury and put in better spots, Barkley can at least be fruitful once again, if not replicating his vintage form necessarily. With some positive reports from training camp on a lot of fronts, I can see the Giants giving a Titans team that isn’t in full gear a little run for their money.

Admittedly, the concept of it being too easy is a component of this, but it’s not the only consideration. The Giants’ offense should be better, while the Titans might be a bit diminished on defense. It might not be the worst spot for the Giants’ offense to get going a little bit, with the Titans even a little dinged-up heading into the season on that side of the ball. I see the Titans maybe being a bit reserved with Henry while they work in the newer pieces on offense. And maybe that shakes out to a muted offensive game with the Giants hanging in there and covering the spread. This number may go up, too.

Loot’s Prediction to Cover the Point Spread: I’m betting on the New York Giants plus 5.5 points. Bet your Week 1 NFL picks for FREE by taking advantage of a 100% real cash bonus up to $500 when you use bonus promo code PREDICTEM at Betnow Sportsbook!