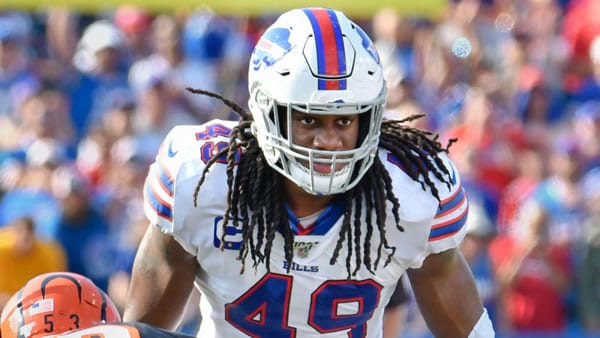 The legend of Mike White now runs headfirst into the Buffalo Bills, which makes for one of the most important games that the Jets have played in a while. New York already won the first meeting between the teams because of its defense, which was good enough to survive Zach Wilson and keep the Bills at bay for four quarters. With White under center, the Jets’ defense believes they’ve got the right quarterback on the field now and have a genuine chance to topple the Bills and remain in the thick of the divisional race.

Whether they’re right is another question entirely. Buffalo really hasn’t been playing all that well in the second half of the season after looking near invincible in the early going of the season. It’s now looking more likely that the Bills’ numbers were a tad inflated by playing weak opponents at the start of the season. They’re still a good team, but they no longer look like the team that was setting the world on fire at the start of the season. But that said, the Bills looked excellent against New England a week ago and can all but put the Jets out of the running with a win here. Can they do the job?

How the Public is Betting the New York/Buffalo Game

The public believes this is a few points too many to trust the Bills with. 61% of tickets have come in on the Jets, but enough money has come in on the Bills to balance the line and prevent movement. The total has moved, dropping from 45 to 43.5.

With Mike White under center, the Jets believe that they have an offense that’s capable of success through the air. New York has spent most of the year as a run-first and run-second offense, but two things have changed that reality. First, the Jets weren’t able to keep running back Breece Hall healhy, which made it difficult for New York’s running game to get a head of steam going. Second, the Jets have rediscovered that White can throw the ball well.

The front office has invested heavily in Wilson, which is why the Jets kept trotting him out there despite all of the negative performances from the signal caller. White shows none of that pressure, nor does he seem like he doesn’t belong at this position. He isn’t flashy by any means, but he will get the job done more often than not. The past two weeks have shown what the Jets are capable of through the air, and if White can get rolling with Garrett Wilson and Elijah Moore rolling early, the Jets can score on this defense.

The bloom was coming off the rose for the Bills’ offense, as teams were starting to slow down the Bills’ attack and catch up to where they’ve been for the past three seasons. And then the New England game happened, and that narrative got completely blown up. The Bills dominated the Patriots game and were never seriously threatened, bringing back the idea of the Bills being one of the more potent offenses in the NFL.

But how do the Bills attack the Jets’ pass defense? New York has invested heavily in its secondary, and teams rarely throw for large numbers against the Jets as a result. We already saw Josh Allen bottled up by the Jets when the teams met in New Jersey, and it’s not likely things have changed all that much in the weeks since then. Buffalo might have to get more out of Allen’s legs than his arm, as the Jets allowed a pair of rushing touchdowns to Allen in that game and almost 10 yards per carry to the quarterback.

The Jets are clearly winning games with their defense. New York has played to the under in four straight games, even with White getting the offense moving after Wilson could not. The Jets have been doing the job with defense for a while in this matchup, as the under is five for its past seven instances in the head-to-head matchup.

However, the Jets haven’t done the job well enough in western New York. For a team that calls itself New York, the Jets sure don’t seem to enjoy actually playing there. They’re just 3-7 ATS in their past ten trips to the Empire State, and to make matters worse, the Bills are 8-3-1 ATS in their last 12 against the AFC East.

The weather could play right into the Jets’ hands and neutralize the Bills’ powerful passing attack. Temperatures will drop to the high 30s and reach as high as 41, which is prime for a wintry mix. With wind gusts of 22 miles per hour, this could make passing very difficult.

This seems to be too many points. Yes, there’s the revenge factor for the Bills and the fact that they’re at home, but that ignores just how well the Jets have played over the past two games. This team nearly had Minnesota beaten and blitzed Chicago, and they’ve already beaten Buffalo once.

Can they stick close with the Bills with White under center? They believe that they can do it, and I like their chances. Give me the Jets.

This seems to be too many points. Yes, there’s the revenge factor for the Bills and the fact that they’re at home, but that ignores just how well the Jets have played over the past two games. This team nearly had Minnesota beaten and blitzed Chicago, and they’ve already beaten Buffalo once.

Can they stick close with the Bills with White under center? They believe that they can do it, and I like their chances. Give me the Jets.