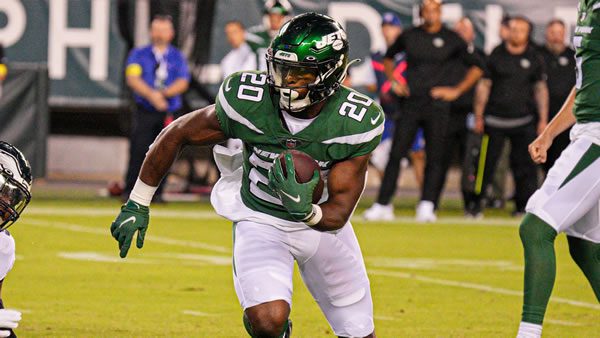 There are a lot of teams sitting at 3-2 after five games this season. Some teams – like the Jets – see a 3-2 record as a positive sign but others – like the Packers – see 3-2 as a disappointing start. New York heads to Green Bay this weekend and what was probably viewed as an easy win when the schedule came out is suddenly a game that is up for grabs. New York completely dismantled Miami last week, but they haven’t proved they can beat a top-tier QB, as both Joe Burrow and Lamar Jackson have been able to dispatch the Jets. Aaron Rodgers is undoubtedly a top-tier signal-caller, but his play hasn’t necessarily reflected that, and Green Bay enters the week 20th in passing yards. The Jets are still a fat +280 on the money line, but nearly 60% of the bets are on the Jets to cover, which is notable considering how much public love Green Bay normally gets.

New York is riding some nice trends into this week with a 4-1 ATS mark in their last five on the road and a 5-2 record against the spread when playing a team with a winning record. After being one of the most reliable bets in 2021, Green Bay has dropped five of its last seven ATS decisions overall. They do play well in Lambeau against good teams, running up a 7-3 ATS record in their last ten home games against teams with winning records. The Over has the same 7-3 mark when GB plays at home against a team with a winning record, and the Over has hit in six of the last eight road games for the Jets. About 57% of bets on the total have been on the Over so far.

Green Bay has been at its best when Aaron Jones and A.J. Dillon are powering the 9th-ranked rushing offense in the league. Jones is averaging 6.4 yards per carry and is clearly the best player on the field, but the Pack has inexplicably gone away from feeding him in critical spots, and that was part of the reason they lost a second-half lead to the Giants last week and needed overtime to beat the Patriots the week before. It was always going to be a season-long process to replace the receiving production of Davante Adams, so, strangely, Rodgers continues to check into passes when he doesn’t have a truly reliable playmaker on the outside. Rodgers and Matt LaFleur are smart enough to figure this out, so look for a big game from these backs on Sunday. Randall Cobb has re-established his chemistry with Rodgers and leads the team with 249 receiving yards. He has yet to find the endzone but has been especially valuable on third down and when Rodgers breaks the pocket. Romeo Doubs leads with 22 receptions and should only see his role expand with experience. The defense needs to get back to making big plays, as this supposedly elite secondary has just one interception on the season, and only Rashan Gary has been consistent in rushing the passer. The offense is no longer a sure bet to push the 30-point threshold, so this defense needs to get off the field and set up some short-field scenarios for Rodgers and Co.

The Jets are sitting in second place in the AFC East, but a tough portion of the schedule is just beginning for them. They caught a break in not having to face Tua or even Teddy Bridgewater last week, but the offense deserves a lot of credit for putting up their best rushing day of the season, including five rushing touchdowns. The Jets’ run game is just 24th in yards per game, but Breece Hall and Michael Carter have combined for 34 receptions to give this backfield some diversity, and the duo has combined for five touchdowns. Corey Davis leads the team with 299 receiving yards, with Garrett Wilson’s 23 receptions leading all Jet receivers. Six different pass catchers have at least 16 receptions through five weeks as this passing game remains just inside the top 10. Zach Wilson has looked better than his rookie-season form, especially in his ability to make the intelligent throw and take what the defense is giving. His 56% completion rate will need to improve, but his 8.0 yards per pass attempt would be 6th if he had enough attempts to qualify. Green Bay has made Bailey Zappe and Daniel Jones look pretty good in the last two weeks, so Wilson has a shot to put in another positive performance. The Jets’ defense has been very solid, with top-10 ranks in total yards allowed, passing yards allowed, and takeaways. The team could use a standout pass-rusher, but the secondary has helped pick up the slack with seven interceptions and 23 pass break-ups so far.

Packers Win, but the Jets Cover

Expectations are always high in Green Bay, and the Packers have found themselves in a pile of ashes from a fire that they very much created. With neither side of the ball playing particularly well, it has been panic time, but until proven otherwise, Aaron Rodgers will simply say “relax” and spur this team to a multi-game win streak. It won’t be easy, as this wide receiver corps is going to continue to be very average, but the coaches in Green Bay will have to see that and adjust in favor of Jones and the run game. The Giants continually put eight in the box in London and forced Rodgers to throw to those underperforming receivers. That worked in the second half but expect Green Bay to have an answer on Sunday both in the opening script and a better set of second-half adjustments. New York can play some keep-away as New England did in Lambeau, and those running backs are going to stress out the Green Bay linebackers in coverage. Another efficient game by Wilson puts 20 on the board, and that will be enough for a cover as Green Bay gets the 26-20 win.