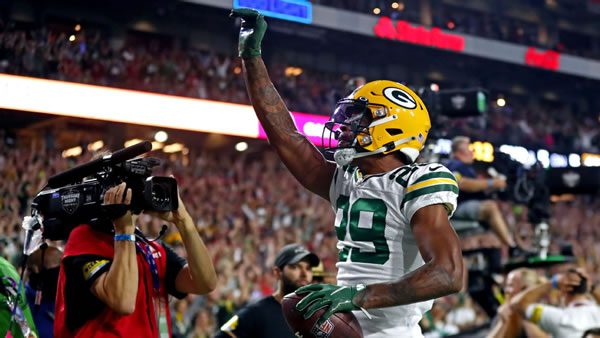 There are seven teams fighting for the three remaining playoff spots in the NFC, and that logjam includes the Green Bay Packers. Green Bay has won three in a row to keep their postseason hopes alive, and they host the Minnesota Vikings to kick off the New Year. Minnesota is in the hunt for the #1 seed, and they are looking for a season-sweep after beating Green Bay by a 23-7 score in Week 1. That seems like forever ago, and Green Bay is clearly better than they were back then, but this one is scheduled to be a close contest, and Minnesota has been tough to beat under those circumstances. Aaron Rodgers has some fantastic numbers against Minnesota, but he is just 4-4-1 against the Vikings since the start of 2018, while Kirk Cousins has thrown for 28 touchdowns in his ten career games against Green Bay. Lambeau Field won’t quite be the frozen tundra come Sunday, with above-freezing temperatures forecasted for game time.

Minnesota has often played down to their competition, amassing a 3-10 ATS record when playing on the road against an opponent with a losing record. They are also 2-5 against the spread in their last seven January games and have just four ATS wins in their last thirteen trips to Lambeau. Green Bay is just 1-4 ATS in the last five when playing at home against a team with a winning road record, but the home team is 9-4 against the spread in the last thirteen in this series. The Over is a combined 16-6 when these teams play inside the division, and the Over is 13-3 when Green Bay plays in January. The Over has won four of the last five in this series. About 63% of the public money is on Green Bay at -3, and just under 60% of early bets are on the Over.

Playing in so many come-from-behind situations suggests that Minnesota has some warts, but very few of them are on the offensive side. The Vikings are the 6th best passing team in the league and are 7th in scoring at 25.3 points per game. Kirk Cousins is 4th in passing yards per game, and his 27 passing touchdowns are also good for 4th. Dalvin Cook sits at 1,109 rushing yards, and his ten total touchdowns lead the team. Justin Jefferson (1,756 yards) should be in more MVP conversations than he is, considering he could break the all-time record for receiving yards in a season. Jefferson put up an 11-184-2 line in Week 1 against Green Bay. With Jefferson getting so much attention downfield, T.J. Hockenson has come on to be the second-leading receiver since he arrived and sits second on the team with six touchdowns. The defense has been the problem for Minnesota, and they enter the week dead last in passing yards allowed and 28th in scoring at 24.9 points per game. They are 7th in takeaways, with Harrison Smith and Patrick Peterson combining for nine interceptions, and the pass rush has double-digit sack producers in Za’Darius Smith and Danielle Hunter. With the offense able to put up points, this defense just needs a few plays a half to change the game.More Picks: Get Jay’s Carolina vs. Bucs suggested wager for theri Week 17 game

Sitting at 4-8, Green Bay had a 9% chance to make the playoffs, but they have moved up to be the odds-on favorite at many sportsbooks to claim the last NFC playoff spot. They haven’t quite found a high gear, but they have made plays when it mattered, including three straight interceptions of Tua Tagovailoa to secure a 26-20 win at Miami last week. The offense is firmly in the middle of the pack in most statistical categories, but the run game is the strength, with Aaron Jones and A.J. Dillon combining for 2,237 scrimmage yards and 13 touchdowns. Jones is north of five yards per carry, and his 54 receptions lead the team. Aaron Rodgers is not having an MVP season, but he is still top-ten in passing touchdowns this season, and the big play has been more evident in recent weeks. Christian Watson is putting together a potential OROY campaign with a team-high seven receiving touchdowns in just the last nine games. Seven different Packers have at least 28 receptions, so this offense is a bit difficult to completely defend with guys like Allen Lazard (51-688) and Robert Tonyan (47-389) all chipping in at different times. This defense has struggled against the run, but they are now a top-3 passing defense with the 8th most takeaways. Preston Smith (8.5 sacks) has been a consistent pass rusher with Rashan Gary on the shelf, and Quay Walker has filled the gap by leading the team in tackles. Jaire Alexander leads the team with five interceptions, and Rasul Douglas is right behind with four.

The Packers have known they are in win-or-go-home situations for weeks now, and they have answered the call. Defenses have a legitimate worry with Christian Watson, and that has helped open up other receivers and the running game. A confident Aaron Rodgers is always a tough out, and I think Green Bay has the weapons to score against the suspect Minnesota defense. Expect Dalvin Cook to have a good game against Green Bay’s run defense, and Justin Jefferson is going to do what he does, so the Over is looking like a good bet, to be honest. Aaron Jones and A.J. Dillon give Green Bay the ability to control the clock and play keep away if they want. Those backs can also be a big part of the passing game, and I think they are the difference-makers in this one. That duo contributes a couple of scores, and Rodgers gets two TD passes. Minnesota’s luck finally runs out, and they come up short for a change. Green Bay gets a 29-24 win.

Pick to Cover the Spread: Green Bay. Question! Do you like to save money? Do you find it ridiculous to waste money? Then why are you still laying -110 odds at your bookie when you could be laying only -105 odds? It doesn’t make any sense to overpay! Make your dollars stretch farther in 2023! Bet smart by signing up for a betting account at BetAnySports!