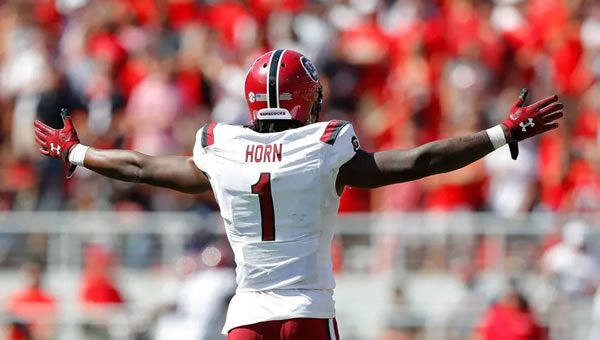 Each season, a slew of new defensive players comes into the league, and this year’s crop is a doozy. Last season, it was the first defensive player chosen in Chase Young who hauled in this award, flashing potential as a real difference-maker. As we look at past winners, it’s a pretty sure bet that a defensive rookie of the year is going to be a good player for years to come. Who from this group has the best chance?

As far as who this award typically goes to, it’s not an award with a ton of positional biases, like other awards, especially offensive ones where the QB has the inside track to whatever award it is. It’s true that there have been phases of this award where linebackers seemed to get picked more than other positions. But in the last seven seasons, we have seen a defensive tackle, two cornerbacks, a linebacker, and three defensive ends have been selected. But you probably wouldn’t be out of line in saying that typically, defensive tackles and safeties have to do a little more to be considered.

There are some conditions to look out for when scouting a potential defensive rookie of the year candidate. Playing time is first on the list. There are rookies, even talented, high-regarded, and high picks, who are stepping into crowded situations at their position. A team could, for example, take a linebacker even in a high round, with an already-stocked middle where the rookie simply won’t be on the field enough to make a R.O.T.Y. type of impact.

In addition, there is a statistical element to account for, not as much as offensive players, obviously, but it’s still at play. And we’re talking mostly sacks and interceptions. There might actually be players with lower sack and INT numbers who are better than the guys who make more infrequent splash plays. But in this award, a rookie who throws up a big sack or INT total might have an edge over the more efficient, less splashy rookie. Here are the odds for defensive rookie of the year, followed by our top predictions.

Defensive Rookie of the Year Odds (Courtesy of Bovada)

Stepping into an ideal situation is a key concern, and in that area, it’s hard to top Jamin Davis, as he joins a Washington defense on the rise. With a lot of support around him, he will immediately be plunked into the lineup as a three-down linebacker with extreme athleticism. The front-seven on Washington is a growing force, and if Davis puts them over the top, it will register in a big way with voters.

A player with enormous upside, the Miami standout was the first pass-rusher selected in the draft. He would have gone higher if not for some injury concerns in college. He can make the kind of eye-catching plays that gives players extra juice in this category. He now gets to stay home with the Dolphins, a rising defensive unit where he will have the requisite support around him in which to thrive. With potential high sack totals, he deserves a hard look.

It’s a pick that can go one of two ways for the Cowboys. If Parsons underwhelms, the status of Dallas’ middle is already pretty solid with Layton Vander Esch and Jaylon Smith. And you never really want to take any rookie for this award if playing time looms as a possible issue. But talent-wise, you couldn’t ask for much better, and with his pass-rushing prowess and sideline-to-sideline menace, it would surprise me not to see him on the field for most snaps. And if that’s the case, the former Penn State standout looms as a legitimate frontrunner.

The highest picked defensive player in the draft, Horn steps into a situation in Carolina that is rife with opportunity. He will start immediately at the corner and have a chance to make a major impact in a secondary that has gone wayward in recent seasons. A three-year starter at South Carolina, he’s a guy who is ready to be dropped into action and start producing immediately.

Surtain, II. might actually be stepping into a more desirable situation than Horn. Denver’s first-round pick at corner is a highly-polished, smooth, and impactful contributor who could be the cherry on top in Denver’s defense. With a fierce pass-rush supporting him and other new members on a revamped secondary that should be very good, Surtain II is in a good position to shine and hit the ground running in his rookie season.

After hauling in all kinds of hardware at Tulsa, the first-round linebacker was selected by Arizona, no doubt entranced by his combination of size, strength, and speed. A polished 4-year starter in college, there is room in the middle for the Cardinals for a stud like Collins to shine. With increasing pass-rush acumen and the ability to take the ball away, he could make enough splashy plays to give him an edge.

Granted, he was only a second-round pick, and the Raiders haven’t exactly been knocking it out of the park in regards to selecting defensive backs. And safeties aren’t always the top choice for this award. But despite what is working against him, he has the kind of game-changing talent that could really register, and he figures to start right away in Gus Bradley’s defense. Worth a look. Bet your NFL futures picks for FREE by taking advantage of a 100% real cash bonus on your first deposit of $100 to $300 at MyBookie Sportsbook. (Must use bonus code PREDICT100).