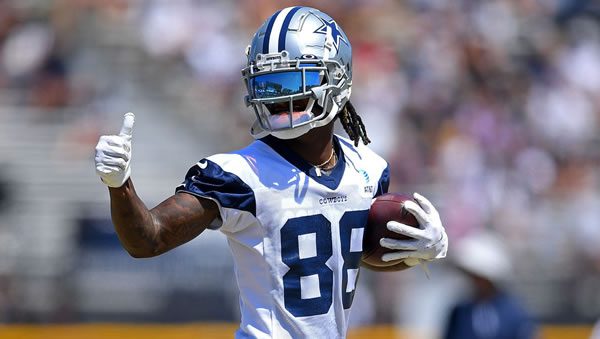 America’s Team ventures to Kansas City for a Week 11 battle with the Chiefs. The Chiefs finally showed signs of climbing out of the funk in Week 10 that they have been mired in all year, making it more possible this is a super bowl preview. BETANYSPORTS (They allow you to bet on games at -105 odds instead of -110; this saves you TONS of money!) has set the Chiefs as 2.5 point favorites, and the game total at 56. The play is to take the Chiefs as short home favorites. Here are three reasons.

Is KC’s Offense Back?

Last week we finally saw the Chiefs offense we hadn’t seen since week 1. They were crisp in their execution, they ran the ball effectively when they wanted to, and most importantly, Patrick Mahomes hit his receivers in the rhythm of the offense. Mahomes had been giving up on plays too early, then trying to force the ball into tight or double coverage. Andy Reid is one of the league’s best offensive minds, and of course, Mahomes is the league’s most talented QB, so it was only a matter of time until this got figured out, but last week was the first glimpse that it would happen in the 2021 campaign. KC lit up a pretty good Raider defense, gaining 516 yards in route to putting up 41 points in their blowout win in Vegas. Reid schemed up ways to get speedster Tyreek Hill the ball early in the game that helped to open up the field, then Mahomes went to work to Kelce and his other weapons. The offensive line also looked better in this one, not allowing a sack and opening up good holes for the running game. It’s just one strong game after multiple head-scratching appearances, but nobody will be surprised if it is the first of many.

The Dallas defense will have their hands full this week. We haven’t heard a lot about the Cowboy defense this year, but they rank 26th in opponent yards per play despite being 10th in points allowed. They only average two sacks per game, so their rush isn’t anything special, but they are second in the league in interceptions, so they will look to take advantage of any errant Mahomes tosses. The Chiefs’ success on offense depends more on their execution than on Dallas’ D. Dallas can’t stop the Chiefs, but the Chiefs have proven they can stop themselves. I look for another Reid, Mahomes, and the Chiefs to take another step in the right direction this week. We should still expect some stumbles along the way, but don’t look for another 3 point performance like we saw against the Titans in week 7.

Dallas Offense Is Just As Good

While KC has been sputtering for much of the year, Dallas has been firing on all cylinders. Dak Prescott is in the MVP conversation, Ezekiel Elliot is back in All-Pro form, and the receiving corps may be the best in the league. Prescott is completing 70% of his passes for 8.2 yards per attempt, while Elliot gains 4.7 yards per carry. Cee Dee Lamb has emerged as the alpha receiver, hauling in 47 passes on the season for 15.4 yards per catch and 6 TDs. Amari Cooper is as dangerous as ever, and Michael Gallup made it back on the field in week 10 to give Prescott a target that can make contested catches on the outside. Dallas has put up over 30 points in five of their ten games this year, and it will be a challenge for KC’s stop unit to keep them under that number this week. One cause for concern for Dallas is their offensive line. Star left tackle Tyron Smith has missed the last two games and is not expected on the field this week. This wasn’t much of an impact last week against the Falcons, but in week 9, the Broncos were able to take advantage of Smith not being on the field.

KC’s defense also had their best game of the year last week against Derek Carr and the Raiders. They held the Raiders to 14 points and turned the ball over twice. KC’s stop unit has been playing better while the focus has been on their offensive struggles. They have held 4 of their last five opponents under 20 points, though none of those offenses compares to the Cowboys. Defensive Coordinator Steve Spagnuolo has made some personnel and scheme adjustments that are paying off, and stud tackle Chris Jones has raised his game. Dallas is going to score in Arrowhead and probably score a lot, but Spagnuolo can scheme up some blitzes to pressure Prescott enough to disrupt his rhythm and maybe cause a turnover or 2.

In Andy Reid We Trust

This game will be a shootout between what might be the two best offenses around. The offenses on both teams are going to win against the defenses, making this as entertaining a game as we have seen in 2021. The game should come down to coaching and clutch plays by the quarterbacks. The biggest advantage in this contest is at the coaching level. Dallas coach Mike McCarthy has struggled in big games while Reid is more polished. It’s hard to trust McCarthy on the road in a big game like this one. Dallas has been a covering machine this year, but McCarthy was 2-6 on the road last year. As the market has finally correctly priced the Cowboys, the road ATS woes should start pop up again.

Lay the points with the Chiefs

With this spread being under a field goal, let’s trust that Andy Reid has the Chiefs back on the right path and will win this game and cover the short spread. Bet your Dallas Cowboys vs. Kansas City Chiefs pick and ALL your week 11 NFL picks for FREE by taking advantage of a 100% REAL CASH bonus on your first deposit of $100 to $300 at MyBookie Sportsbook! (Must use bonus code PREDICT100 in order to qualify for the special bonus). Click here to sign up now!