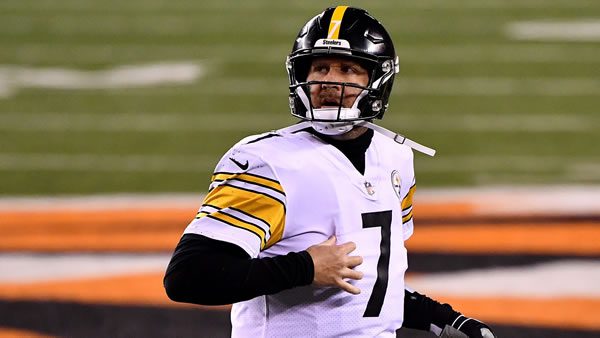 The Cincinnati Bengals take on the Pittsburgh Steelers in an AFC North battle with two teams looking to atone for losses last week. This familiar pairing features two teams who scored upset Week one victories before falling a bit flat last week. The Steelers were really roughed up by the Raiders at home on Sunday, 26-17. They get their second in a row at home against a Bengals bunch that fell to the Bears, 20-17. They are again on the road this week in this divisional setting. Who can reclaim their week one momentum this Sunday at Heinz Field?

Sunday served as a reminder to not take week one results too much to heart. Pittsburgh looked to be in vintage form on the road in a thorough win against the Bills but lacked fire at home against the Raiders on Sunday. Their offense wasn’t able to establish a run-game with Najee Harris, but the receiver package had success, with Diontae Johnson, Chase Claypool, and JuJu Smith-Schuster all being productive. It only manifested into 17 points. Their defense followed suit, with a strong performance against the Raiders’ run without Joshua Jacobs, while they were gashed for 382 yards by Derek Carr. Against a pass-happy Cincy offense, that looms as a possible matchup issue on Sunday.

The Bengals are still a work in progress, as Sunday attested. On the road against a Chicago “D” that isn’t as bad as they looked in week one, the offense sputtered. On the one hand, Joe Burrow was connecting with his pass-crew, including another TD by rookie Ja’Marr Chase, but he threw three picks. Joe Mixon was fairly quiet, and the offensive line left him exposed for stretches in the game. While the Steelers showed a multi-pronged passing-offense can have an impact against them, a home Pittsburgh defense could feast on that offensive line and a quarterback who is still on an uneven trajectory.

Major Challenges for the Bengals

Burrow is trying to use his legs and many aerial options to pick up the slack for an undermanned offensive line. But it’s hard to camouflage those deficiencies in the face of the Steelers’ defense. Some of those receivers need time to get, open and with Burrow under siege, it throws off the flow of the entire operation. Against the dicey Minnesota pass defense, the Bengals’ offense looked pretty good. Against a more complete Chicago “D,” there were a lot of issues. And it looks like some of that should manifest this week.

Steelers: A Difficult Team to Evaluate

After their about-face season in 2020, we’re seeing the same through two games this season. The week one team looked like the first-half version of the Steelers last season, while last week resembled the ramshackle outfit we saw in the second half. They have a good defense, though one that can be exploited aerially. And though they have a lot of juice in the passing game, their run-game needs time to come around. In addition, you’re starting to see the age on Ben Roethlisberger, who appears rickety in some spots, definitely not a QB who is aging like fine wine. These are areas of their game that are not likely to improve, given the state of their offensive line. It’s a line that could overperform here and there, but for the most part, it’s a liability—not a good thing for a young running game and an old quarterback.

Why This Could Work for the Steelers?

Even with their drawbacks, the Steelers can make it work in the right environment. That O-line is rough, but they are going against a Cincy defensive front that doesn’t strike much fear into the hearts of opponents. The Pittsburgh secondary can be dissected, but Burrow has yet to show he’s the shifty sharpshooter that Derek Carr is. This could be a spot where the Cincy offense has to be more one-dimensional, relying on the pass. It’s not a spot where one would forecast Joe Mixon thriving. Meanwhile, I’m not so sure this isn’t a game where Pittsburgh back Najee Harris doesn’t break out a little bit. The way the Raiders beat them on Sunday took some people back, but the Raiders have been red-hot since late in their first game, and it carried over. The Bengals have no such momentum.

Again, it’s hard to put a finger on which Steelers’ team will surface on a given week. But this is a big game, and getting upset in back-to-back home games would be a bad early-season setback. The Bengals have their own set of concerns, but they’re on the road again and not in a very favorable matchup. I see an aggressive Steelers’ defense having a big say in this game, while their offense shows a bit more versatility en route to a win and a cover at Heinz Field.

Loot’s Prediction to Cover the Point Spread: I’m betting on the Pittsburgh Steelers minus 4.5 points. Question: When you make bets at your sportsbook, are you paying -110 odds on your sides and totals? Did you know that you could be betting your games at -105 instead? Drop your overpriced bookie TODAY and start saving big bucks by wagering at reduced odds at BetAnySports!

Crush your co-workers with Gman’s office pool predictions where he picks every game both straight up and against the spread!