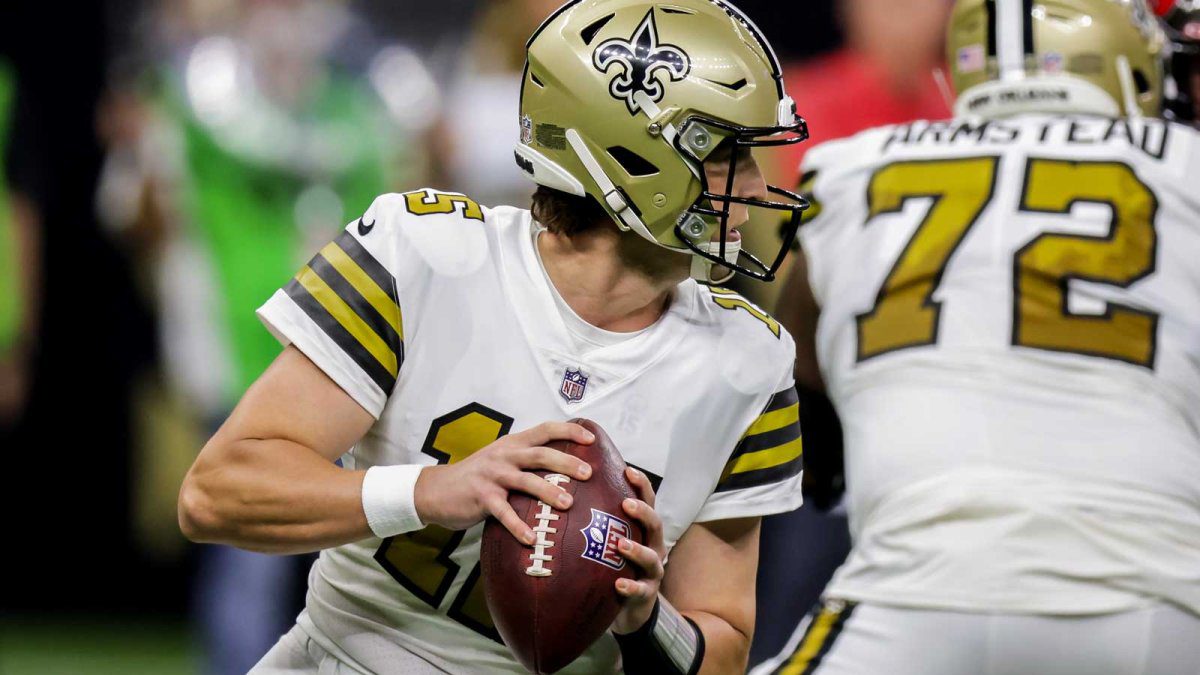 The New Orleans Saints pulled off a significant upset last week by taking down Tom Brady and the defending Super Bowl Champions in a 36-27 victory. After QB Jameis Winston went down early in the contest, the Saints fought hard behind backup QB Trevor Siemian to pull ahead 29-27 late in the 4th quarter. When it appeared that QB Tom Brady would have another late-game comeback with only a simple field goal needed, P.J Williams picked off Brady for a 40-yard pick-six to seal the upset. At 5-2 SU, the Saints are currently tied with the Buccaneers for the best record in the NFC South and will be 6 point favorites on Sunday against the visiting Atlanta Falcons.

Sunday’s Week 9 match-up between the Falcons and Saints will be the first of two meetings this season as both teams will meet again in week 18. The Falcons enter Sunday’s road trip in New Orleans on the heels of a disappointing 19-13 loss against the Panthers, which snapped a two-game winning streak. The loss to the Panthers put the Falcons at 0-2 SU (0-2 ATS) on the season against NFC South rivals and also continued their slide to 1-4 SU and 1-4 ATS against NFC opponents on the season. The once prolific Atlanta offense has struggled tremendously this season and just received more disappointing news that will continue to have the offense searching for answers in the weeks ahead.

Atlanta WR Calvin Ridley - Shortly before last week’s showdown against Carolina, WR Calvin Ridley was a healthy scratch for the 2nd time this season. Afterward, Ridley posted to social media that he would be stepping away from football for the immediate future for personal matters. While the circumstances and details are unknown, the announcement means that the Falcons have lost their most reliable skill position threat.

Saints QB Jameis Winston - Early this week, New Orleans announced that starting QB Jameis Winston will miss the remainder of the season with a torn ACL. Jameis suffered the injury at the beginning of the 2nd quarter in last week’s victory against Tampa Bay. Backup QB Trevor Siemian replaced Winston for the remainder of last week’s game and is expected to start against Atlanta in week 9. However, the utility talent in Taysom Hill may also see snaps at the quarterback position as well.

Personally, I believe this is one of the truest betting lines of all the Week 9 match-ups. I am sure there will be some appeal to the betting public with the Falcons getting 6 points against a Saints offense that just lost their starting quarterback. However, Atlanta is anything but reliable on either side of the football. Meanwhile, the Saints still have a respectable defense that is giving up just 18 points per game despite the concerns behind center moving forward. From a match-up standpoint, Atlanta does not have any favorable match-ups. The Falcons offensive line is horrific, and I’m sure the Saints will put extra focus on TE Kyle Pitts with the loss of Calvin Ridley.

For the Saints offense, I have faith that Head Coach Sean Payton will create the best opportunities for the players on the field. QB Trevor Siemian is far from a reliable talent, but most of the play-calling in Winston’s absence last week was designed to get RB Alvin Kamara the ball in space. Additionally, the Saints also got a boost in the running game with the return of Mark Ingram, who was traded from the Texans. Ingram’s best years as a professional come in New Orleans, and he added some tough running to the New Orleans backfield. Against a vulnerable Atlanta defense that is among the worst rush defenses in the NFL, I would not be surprised to see a bigger 1-2 punch from the Kamara-Ingram combination this weekend.

Jay’s Pick: I believe we will see a heavy rushing attack this weekend from New Orleans and would not be surprised to see the Saints defense step up in a big way once again in front of the home crowd. As a result, I am leaning towards the Saints -6 and the under. Question: Ever think about adding another sportsbook to your football betting arsenal? Check out this awesome offer: Deposit $25 and get $50 FREE! Simply register for an account at Intertops through this link. Deposit $25 (or more) and then go to their “Special Offers Page” and enter code ROOKIE200. The extra fifty bucks will show up in your account balance INSTANTLY! (See our Intertops Review)