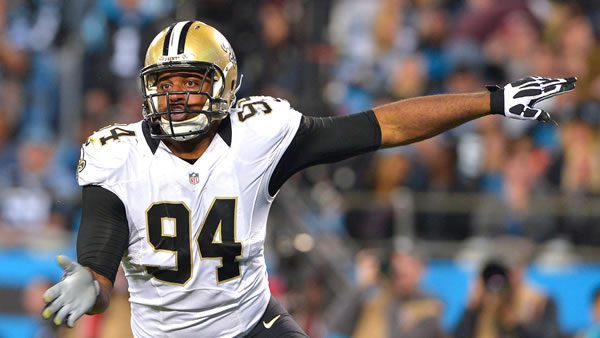 Point Spread:CAR +7.5/NO -7.5 (WagerWeb - They allow you to move the line 20 points using their HUGE NFL teasers!) Total: 38 With last week’s 32-6 loss to the Tampa Bay Buccaneers, the Carolina Panthers have dropped five straight games and could legitimately be considered the worst team in the NFC with the exception of the Detroit Lions. If you remember, the Panthers started the season with a 3-0 SU record but have completely collapsed since the 3rd week of the season. The collapse has been so significant that even Panthers’ owner David Tepper went public after last week’s loss to state the organization would not settle for “mediocrity.” With all eyes on Carolina for the wrong reasons, the Panthers will travel to the Caesars Superdome on Sunday for a showdown with their NFC South rival in the New Orleans Saints. The Saints have not exactly had the year that most would expect. With Monday’s embarrassing 20-3 loss to the Dolphins, the Saints have been nearly eliminated from the playoff picture barring a miracle. In Monday Night’s loss to Miami, the Saints compiled just 164 total yards with newly signed backup QB Ian Book and the offense went 0-12 on 3rd down. The 0% 3rd conversion was the first time in Hall of Fame Head Coach Sean Payton’s career that his team went 0% on 3rd down, and it also serves as the epitome of the Saints’ 2021 season, which has been highlighted by problems at the quarterback position. This week both quarterbacks Trevor Siemian and Taysom Hill should be available as they make their return from the COVID list, and Hill is expected to return to his starting role, where he has won 2 of his 3 starts this year.

Despite Hill’s return under center, the Saints’ success in recent weeks has relied heavily on the play of the defense. The Saints allowed just 9 points combined in their wins over the Jets and Buccaneers, which was highlighted by the incredible shutout victory against Tom Brady and the defending champs in week 15. The Saints will obviously have more consistency with Hill under center as he gives the team a better chance to run Payton’s offense which will heavily feature RB Alvin Kamara along with a strong running game. With that being said, it will still be on the New Orleans’ defense to secure the bag against a Panthers’ offense that has been downright awful. After several weeks of juggling quarterbacks, Head Coach Matt Rhule used a two-quarterback system with Cam Newton and Sam Darnold, but the result did not change. Both quarterbacks combined to just 22 of 42 passing for 251 yards with one interception from Newton. Newton did add 42 yards on the ground, but neither quarterback provided any success in the passing game. With both quarterbacks continuing their erratic play, the Panthers appear destined to continue to struggle to move the football. Despite those struggles, it has been surprising to see Rhule abandon a once decent rushing attack in the aftermath of Christian McCaffrey’s season-ending IR placement. Even with backups Chubba Hubbard and Ameer Abdullah, the Panthers have shown flashes of big-play potential in the running game. Instead, Rhule’s offense continues to play the painstaking zone passing schemes with minimal ingenuity. As a result, this will be another smash spot for the Saints defense which is playing well. Jay’s Pick: The Panthers are in complete disarray, and this is a bad match-up in many ways. I will take the Saints -7.5 with confidence. Note: There’s a 99% change that you’re laying -110 odds on your bets. Did you know that you could be laying -105 on all your bets (every sport) at BetAnySports? Be wise! Make the switch today to start saving big money! $5 adds up over time! Click here to sign up now!