Pats vs. Bills Week 8 Pick Against the Spread 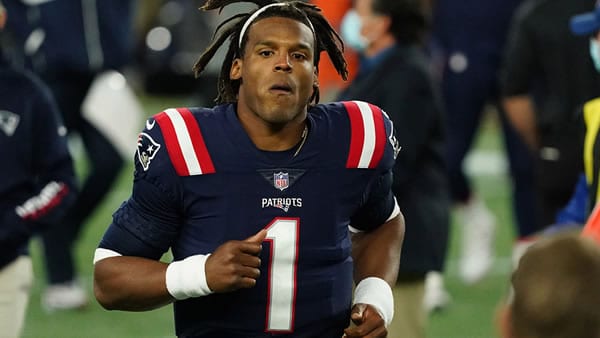 The reeling New England Patriots travel to New York to take on the Buffalo Bills in a possible changing of the guard battle for AFC East supremacy. The Patriots have won the division 16 of the past 17 years while the Bills haven’t taken home the title since 1995, but it’s Buffalo who now has an early two-game lead in the standings.

Not many NFL matchups have had such a one-sided history of late as the Patriots and Bills, with New England having gone 30-3 against Buffalo over their past 33 meetings, which includes an eight-game winning streak at Orchard Park. Unfortunately for the Patriots, all of those wins came in the middle of their dynastic run that has since come to a screeching halt, as the team finds themselves looking up from the near bottom of the standings for the first time in years.

The Patriots come into the week riding a rare three-game losing streak. The issue isn’t the losses as much as it is how absurdly awful they have been in nearly every facet of the game. The first loss against the Chiefs was maddening in watching Brian Hoyer soil himself all over the field, but the last two against Denver and San Francisco were arguably the worst back-to-back games they have played as a team since the 1-15, Victor Kiam era. The Patriots dynasty died last year in week 17 when they lost as a giant favorite at home against Miami, costing themselves a bye in the first round and eventually any shot at having a chance at postseason success. The fall was easy to see coming, but what many didn’t expect was just how drastic of a cliff dive plummet it appears to be in what is still only the first half of the season.

After starting off his Patriots tenure with early success, Cam Newton has since done a 180-degree turn in his play and has been downright terrible since his return from missing time due to COVID. The mistakes are beginning to pile up on nearly every drive, and we are starting to see exactly why 31 other NFL teams may have passed on signing a quarterback that is certainly beginning to look like he is well past his prime. Newton is just 25-28 as a starter since 2015 and has thrown 51 interceptions in his last 51 games, with at least one int in 11 of his previous 13. With just two passing touchdowns on the season to go along with seven interceptions, it’s easy to see why Newton is just 29th in the NFL in quarterback rating this season. But at least he looks hilarious in those wacky outfits that Steve Harvey might wear if dressing up as the Mad Hatter for Halloween.

The Patriots have scored just touchdowns over their past three games and on the season have scored just three times through the air. Only one of those touchdowns was from a receiver, highlighting another glaring issue with the dysfunctional New England offense. N’Keal Harry hasn’t made the jump many were expecting after injuries derailed his rookie season, while Julien Edelman has continued his quick fade from relevance with just eight receptions in his past four games. Edelman has also been held scoreless all season and has only two touchdown receptions in his last 14 games, which is a not uncommon trait for Patriots receivers, as Damiere Byrd has scored just once in his previous 19 games and is still looking for his first touchdown in a New England uniform. Edelman and Byrd are coming off a game in which they had just one reception apiece. With Harry questionable and in concussion protocol for the week, it remains to be seen how the Patriots will be able to kick start a passing offense that ranks just 28th in the NFL.

Thankfully for the Patriots, their running game on the season has been nearly a polar opposite of the passing attack, as they rank 4th in the league in rushing yards per game. Damien Harris is averaging 5.4 yards per carry despite playing behind an inconsistent offensive line and has definitely made his case as lead back material for this season and down the road as well. Rex Burkhead and James White are there as backups, especially through the passing game, where both have over 20 receptions on the season. They all will have a chance of success this week against a Buffalo defense that hasn’t performed as well this season and ranks no higher than 15th in any of the four major defensive categories, most notably against the run, where they are just 21st.

One of the biggest reasons for the Bills turnaround this season has been the play of quarterback Josh Allen. Through seven games, the Buffalo signal-caller has thrown for 16 touchdowns compared to just four interceptions while also adding an additional 204 yards on the ground with three rushing touchdowns. His improved accuracy is the biggest reason for the noticeable jump in his play, completing at least 65% of his passes in five of seven games this season after only doing so in 6 of his previous 29 NFL games (and only seven times in 25 college starts). Another Allen accuracy improvement is the avoidance of turnovers. Through Allen’s first sixteen professional games, he threw 18 interceptions compared to 13 touchdowns, and in the twenty games since, he has tossed 33 touchdowns and just seven interceptions.

An upgrade at receiver for the Bills certainly helped Allen as well, with former Vikings wideout Stefon Diggs making an immediate impact on the team. Diggs is tied for third in the NFL in receptions with 48 and has at least six catches in six of seven games played this season. One area he will definitely need to work on is his reception percentage, as he may have 48 catches, but it’s on 70 targets for a percentage of just 68.6%, which ranks 98th in the league.

Even with Diggs dominating targets, plenty of Bills players have found scoring success through the air this season, with Allen’s 16 touchdowns passes going to 10 different players. With John Brown battling injury, Cole Beasley has emerged as the second option and has at least six receptions or a touchdown in five straight games. Who will be available on Sunday, though, remains to be seen, as both Stefon Diggs and John Brown are listed as questionable on the injury report. They are unfortunately not alone after the Bills tight end position was nearly eliminated last week by a COVID outbreak, and Allen and the Bills game plan may have to rely even heavier on Tyler Kroft against the Patriots depending on who is able to dress for the game.

The Buffalo rushing attack has been adequate at best and currently ranks just 29th in the league in yards per game. Devin Singletary has been particularly disappointing, and going back to last season has just one rushing touchdown in his last fourteen games. He has also seen his yards per carry drop substantially, rushing for over 3.3 yards per carry only twice in a game so far this season after averaging over four ypc in 11 of 13 games last year. Thankfully for the Bills, rookie Zack Moss showed flashes a week ago of what made them invest a 3rd round pick on him in the draft. The door is certainly open for him to take over lead back responsibilities with Singletary continuing to disappoint.

After watching the Patriots over the past three games, it’s nearly impossible to consider backing them against a quality opponent until they show any semblance of offensive consistency or something resembling a team effort. The only possible reason would be due to the success Belichick has specifically had in the past for game-planning against Josh Allen, as the Bills quarterback hasn’t completed over 50% of his passes in any of their three previous matchups while also throwing just one touchdown compared to five interceptions. Those were different Patriots teams, though, and after losing over half their starters in the offseason to the defense, they are simply not a strong enough unit to offset their anemic offense. New England has covered just once in their last eight games versus a team with a winning record, and that streak will continue on Sunday as I expect the Bills to get the win and cover that puts themselves on a clear path for their first divisional title in 25 years.

Mike’s Pick to Cover the Point Spread: Buffalo -3.5. Bet this game and ALL your football picks at -105 reduced odds, rather than the spendier -110 your bookie is giving you! Find this money saving option and a huge wagering menu at BAS Sportsbook!