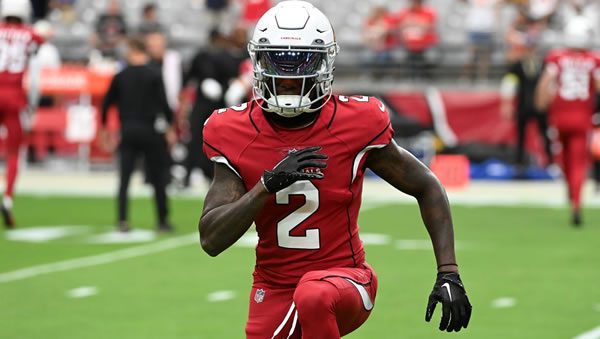 The Philadelphia Eagles come into State Farm Stadium on Sunday for a key NFC battle with the Arizona Cardinals. The Eagles kept it going last week at home, beating the Jaguars, 29-21, for their fourth straight win to open the season. Even their supporters have to be surprised by how well they started the season, with Jalen Hurts featuring supreme play at quarterback. The Cardinals, meanwhile, were able to even their mark at 2-2 with a 26-16 win over the Panthers on the road on Sunday. A win here would really put some wind into their sails. Who can come out ahead in this one from Glendale on Sunday?

Problems for the Cardinals this Week

Unquestionably, this is a big week for the Cardinals. A win here can help put a bad start to the season more in the rearview and give them the confidence that they can beat a good team. An overtime win over the Raiders and last week’s win over a dicey Panthers team are their only successes on the year, and a big part of that is a defense that has taken a step back. Without Chandler Jones, their pass rush isn’t what it was, and their pass-defense looks to not be up-to-snuff so far in 2022. That might not come off that well against an Eagles’ offense that has both been able to run rampant over defenses with the ground game while also seeing Hurts display a more reliable arm than before. Getting this at home and being in a state of heightened urgency is nice, but they’re going to need to see their defense outperform what they’ve shown thus far.

The current offensive formula for the Cardinals haven’t really exploded this season yet. They’re missing DeAndre Hopkins, and while they’ve gotten good play here and there from Marquise Brown, rookie Greg Dortch, TE Zach Ertz, and even James Conner at times, they’re missing some people. Getting Rondale Moore back in the picture will help, as will the return of Hopkins. But in the meanwhile, it’s not very exciting at first glance. Kyler Murray isn’t really using his legs much these days. And the occasional aerial fireworks we saw the last few seasons haven’t really materialized this season.

Some Hope for Arizona

This year, we have seen opponents having a somewhat-easy time of it aerially against this Cardinals’ defense. The thing is, the Eagles are really looking to run. We’ve seen the aerial part of their offense take hold at times this season, but it all starts with the run. And in that regard, we’ve seen the Arizona front acquit itself decently at times, including shutting down McCaffrey on the ground last week. And it’s not just incidental, as this Cardinals’ defense is stopping teams who are actually looking to get the ground game going. In this home spot, having the home defense thrive in this one area could really go a long way. But it won’t be as easy this week, not against this Philly offensive line and the multiple tactics they employ to get their running game cooking.

Why the Eagles Might Be a Problem on Sunday

There are just so many ways they can get you. First of all, it’s not hard to look good behind this offensive line, and it’s a real weapon that might not get its share of attention. Hurts can use his legs and will have stat-lines that are often the envy of good running backs. Miles Sanders can get you too, as can Boston Scott (questionable) and Kenneth Gainwell. It’s a run game that is hard to get a read on, with different players chipping in and keeping defenses on their toes. Hurts can bail it out to a good tight end in Dallas Goedert. The pass-game gets a boost not only with the continued growth of second-year stud DeVonta Smith but also with the acquisition of AJ Brown, who has already connected nicely with Hurts. The sheer variety and the line will offer a stern challenge to a Cardinals’ offense that needs to feed off the good showing they had on the road last week.

Since giving up a big day top Detroit in the opening week, this Philly defense has more than been holding up their end of the deal. We see this offense really wearing other defenses down while their own stays fresh. They offer a lot of well-roundedness that will really test Kyler Murray and an Arizona offense that hasn’t really taken flight. The defensive middle and front are getting after opposing quarterbacks, with the secondary showing stout play in the back. Darius Slay, Avonte Maddox, and James Bradberry are really running wild back there, and this Arizona air attack will need to be on-point this week if they want to keep up with a Philly offense that seems pretty dialed-in for the first quarter of the season. Still, Maddox and Slay being listed as questionable offers some hope to Arizona..

Lay the Number on the Road

With the Eagles, you saw hints last year, as they made the playoffs even with a lot of things going wrong. And they have been able to kick it up a notch this season. Meanwhile, the Cardinals are in year four of this project, and after an initial surge, they haven’t been able to take it to the next level. Granted, this week does not come down to an overall franchise appraisal, but some of these things might come to bear on Sunday, namely the smoothness of the Philadelphia offensive formula, along with their menace on defense. Combined, I see it being enough to carry the Eagles to the finish line with the win and cover on Sunday.

Loot’s Prediction to Cover the Point Spread: I’m betting on the Philadelphia Eagles minus 5 points. Bet your Week 5 NFL predictions for FREE by taking advantage of a 100% real cash bonus on your first deposit up to $500 by entering bonus code PREDICTEM on the special offers page at Everygame Sportsbook! EG is the oldest and most trusted sportsbook on the web! They’ve been in business since 1983! (Formerly named Intertops)