Take the Points: Lions vs. Patriots 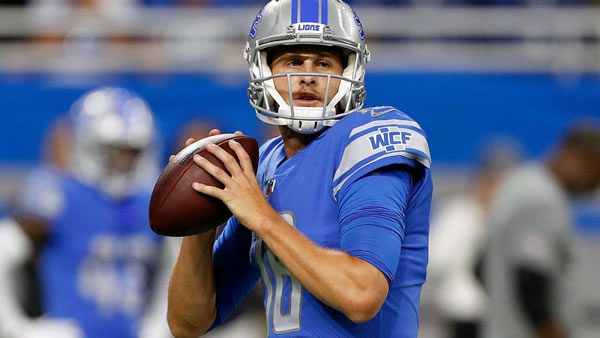 The fact that New England is at home and only giving three points to a 1-3 Detroit team shows just how far the Patriots have fallen compared to where they usually are. Bill Belichick has done a masterful job in New England over the past two decades, but the Patriots might finally be reaching the point where even he can’t save them. The Patriots don’t have a great solution at quarterback, nor do they have the roster in place to rescue any weakness there, and there really doesn’t seem to be much of anything that Belichick can do about this. New England is still competitive because of how sharp his mind is, but this roster just isn’t quite good enough to make the Patriots winners the way they were when Tom Brady was doing the job.

The Lions have been all hit, no field this season, as they somehow lead the NFL in points scored but have a 1-3 record because they haven’t stopped anyone all season. Detroit ranks dead last in points allowed, and the average Lions game this season has seen 70 points scored between the teams involved. The lowest total we’ve seen in a Detroit game has been 52 points, yet the total is almost a full touchdown lower than that. And that’s because the Patriots have been the opposite in the season’s first two weeks before the defense broke down. Which side of the ball ends up dominating things here?

How the Public is Betting the Detroit/New England Game

This game only recently came on the board because there’s no guarantee of who New England will put at quarterback. The spread hasn’t moved from -3.5 for the Patriots as a result.

When Detroit Has the Ball

Jared Goff has been set free, and the Lions are lighting up the scoreboard this season. Detroit has had no problem moving the ball and putting up plenty of points this season, as Goff has thrown for 1,126 yards in four games and has 11 touchdowns to his name to this point. The Lions haven’t played against the most ferocious schedule in the NFL, but they have had no problem moving the ball against whoever they’ve played. It remains to be seen what happens if Goff and friends face a good defense, but for now, the Lions have looked very hard to stop.

They also don’t run the ball a lot, as leading rusher Jamaal Williams has 62 carries in four games, and the whole team has 112 rushing attempts on the season. The Lions do average 5.9 yards per carry in large part because they often catch the defense by surprise when they try to move the ball on the ground. Still, Detroit is at least competent on one side of the football and is never really out of a game until the fourth quarter.

The biggest question for New England is who will be under center, as Mac Jones and Brian Hoyer are battling injuries after the Green Bay game. Both are listed as questionable, which means there’s a real chance that any of them could take the field in this situation, or the Patriots could go with Bailey Zappe. If it’s Jones or Hoyer, look for the Patriots to try to be more aggressive than they were last week against Green Bay. New England didn’t want to force the issue against the Packers because the Patriots figured their best chance in that game was to keep the ball and keep Aaron Rodgers on the sidelines.
Against the Lions, New England is still better off keeping the Detroit offense on the sidelines. But because Detroit’s defense is so porous, the Patriots are free to attack this situation however they want. Anything New England tries is likely to work as long as the quarterback understands what he’s doing, which is why Jones or Hoyer will likely move the ball well. Zappe might not, as he’s trying to get up to speed as a rookie and might require a simplified offense in order to move the Patriots downfield.

Even though Bill Belichick is a defensive genius, bettors tend to overvalue New England’s defense way too much at Foxboro. The over has cashed in seven straight games at Gillette Stadium, and that holds well, with the over cashing in six straight games involving the Lions no matter where the game is played. The Patriots also tend not to allow bad teams to hang around with them at home; New England has covered in 17 of its past 22 games against a team that’s under .500 at Foxboro.

The Lions might be poor in terms of record, but they’re a nice bet to make on the spread. Detroit is 6-2 ATS in its past eight road games and has gone 13-3 ATS when coming off an ATS loss.

This is going to be one of the last good days to play football in New England in 2022. The temperature will sit at 64 degrees at kickoff, with winds blowing west at eight miles per hour.

With the Lions proving themselves experts at finding ways to get beat and the Patriots only giving three points, this might seem straightforward. But New England doesn’t know what its quarterback situation will be, and the Patriots haven’t really played all that well to this point in the season.

The Lions have played very well ATS, and I’ll take the free field goal plus the hook here with Detroit. You can bet Detroit at +22.5 by inserting them into a massive 19 point NFL teaser at Wagerweb Sportsbook!