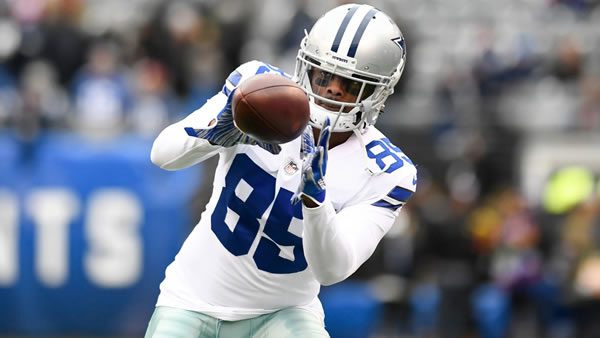 Point Spread: PHI +5/DAL -5 (Did you know that you could be wagering on games at -105 odds instead of the spendier -110 option that you’re paying? Making the switch to reduced juice betting will save you THOUSANDS of dollars over time! Find this killer offer at BetAnySports!)
Moneyline: PHI +195/DAL -225
Total: 47

The long-awaited rematch between the Philadelphia Eagles and Dallas Cowboys will take place this Saturday at AT&T Stadium. Earlier this year, the Eagles bested the Cowboys in a 26-17 victory in week 6. The win vaulted the Eagles to the clear frontrunner position in the NFC East, and they have built upon that momentum with the best record in football at 13-1 SU. For the last several weeks, the Cowboys and Eagles appeared to be on a collision path for a rematch that could have divisional implications. However, the Cowboys were beaten by the Jaguars last week following a pick-six by QB Dak Prescott in overtime.Due to last week’s loss by Dallas, this Saturday’s week 16 showdown suddenly does not have the mainstream appeal that it once did, given the fact the Eagles have all but wrapped up the division and no. 1 seed in the NFC. Additionally, Eagles QB Jalen Hurts is battling a shoulder injury following last week’s 25-20 victory over the Bears. Hurts was officially declared to have sustained a shoulder sprain which has put his status in doubt this weekend. As a result, the Cowboys have swelled to 5-point favorites as they look for payback over their NFC East rival!

If Hurts is unable to go like many expect, QB Gardner Minshew will get the nod behind center. As many are aware, Minshew has experience as a starter from his time in Jacksonville and ironically got the week 18 start for the Eagles against Dallas last season in a similar situation which turned into a blowout in favor of the Cowboys (51-26). While I believe Minshew is a capable backup, he is a huge step down from the big playmaking ability of Hurts and does not present the same types of challenges from a schematic perspective. As a more prototypical passer, the Cowboys’ pass-rush should feast against an offense that is pretty one-dimensional without Hurts.

For the Cowboys, the offense has been rolling in recent weeks. Despite the loss to Jacksonville last week, the offense still played pretty well. Running backs Ezekiel Elliott and Tony Pollard continue to provide the best 1-2 punch in the NFL. Meanwhile, QB Dak Prescott has played pretty well if you take away the mistakes. The turnovers have obviously drawn a lot of criticism, and rightfully so. However, Dallas’ passing attack is still very solid with receivers CeeDee Lamb, Michael Gallup, and TE Dalton Schultz. As a result, I believe Dallas will still be able to move the football effectively and create scoring opportunities, just as we have seen throughout the season.

While Philadelphia does not have a ton at stake this weekend because they can wrap up the division in a number of ways over the next few weeks, I believe Dallas has been preparing for this game like it is their “Super Bowl.” I really expect the best of the Cowboys this week and will lay the points with confidence!

Jay’s Pick: Take Dallas -5. Bet you Week 16 NFL predictions for FREE this week by scoring a 50% real cash bonus up to $250 at the web’s best sportsbook —> Bovada! They also have a sweet player rewards program and the best live betting platform on the planet!