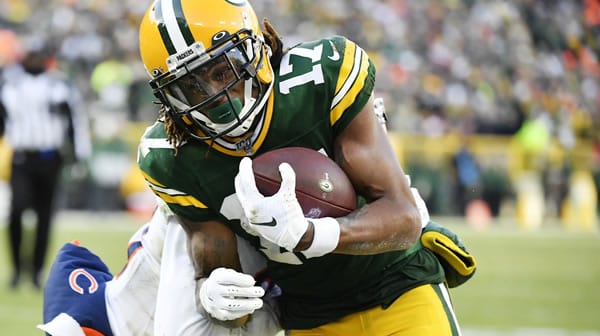 2020 continues to be the strangest of years, as evidenced by the Philadelphia Eagles having just three wins through their first eleven games, yet somehow they are still in the playoff hunt. Philly will need something special if they want to make those playoff dreams a reality as they head to Green Bay to take on the 8-3 Packers. Green Bay has a firm grip on their division and have an angle on the top seed in the NFC with Aaron Rodgers looking like his MVP-self from a few years ago. December in Green Bay can bring some wild weather, but it looks like conditions will be rather calm this weekend. That’s actually a better scenario for the home team as poor weather may have helped out the Eagles’ chances to pull an upset.

This game opened with Green Bay a rather standard 7-point favorite, but the line has moved to GB -8.5 by midweek with 74% of public bets still coming in on the Packers. Philadelphia has moved all the way to +320 on the money line, and the Over is seeing 67% of the action. The Eagles are 6-2 against the spread in their last eight games in the month of December but are just 3-8 ATS in the previous eleven overall and 2-6 ATS when playing an opponent with a winning record. Green Bay has run up a 6-2 ATS mark against conference foes and is 5-2 against the spread in the last seven games as a home favorite. The Under has hit in each of the previous five Philly games and in six of eight when the Eagles are the underdog. The Over is 4-1 in the last five for Green Bay and 8-2 when the Packers play an NFC opponent.

Philadelphia has struggled on offense, averaging 19.2 points per game over their last five and just 21.5 per game on the season, good for 25th in the league. It may not be all the fault of Carson Wentz, but he is near the bottom of qualified QBs with a 58% completion rate, and his 15 interceptions lead the league. The line hasn’t given him a ton of time, and Wentz has gone down a league-high 46 times, and Philly just lost T Lane Johnson to the IR. TE Zach Ertz has been activated from the IR and could return for this game, and Alshon Jeffery continues to round into game shape to potentially give the offense a boost. Any help would be welcome with the Eagles sitting at 27th in passing and 28th in total yards with a minus-11 turnover differential. Miles Sanders (5.6 ypc) should have a solid outing with Green Bay softer against the run than they are the pass. Jordan Howard had three scores against the Packers when these teams played last season. Travis Fulgham leads the team in receiving yards and touchdowns but has just four receptions over the previous three games. Dallas Goedert (30-338-3) remains the most consistent target for Wentz, and the TE group, in general, has been a bright spot, with Richard Rodgers (345-2) filling in nicely while Ertz was out. The defense has mostly pulled its weight, ranking 8th against the pass and 9th in total yards allowed but have struggled against the run, allowing nearly 130 yards per contest. Brandon Graham leads the team with seven sacks, but the team has lacked the big play ability with just three interceptions thus far.

It was just this past April when Green Bay drafted heir apparent QB Jordan Love in the first round, and it may have motivated Aaron Rodgers to prove he isn’t done just yet. Green Bay enters the week as the 6th best passing offense averaging a league-best 31.7 points per game. Rodgers is hitting on 69% of his attempts and has thrown for 33 touchdowns against four interceptions. Green Bay may still be looking for a consistent #2 option across from Davante Adams (74-908-11), but enough receivers have been in the mix with guys like Marquez Valdes-Scantling (20.7 ypr) and TE Robert Tonyan (7 TD) each taking their turns on a game-by-game basis. Allen Lazard caught a touchdown in his second game back from an abdominal injury but wound up with a questionable tag for this weekend after taking a hard hit against Chicago. Aaron Jones is 115 yards short of 1,000 scrimmage yards on the season and is second on the team with eight total touchdowns. The defense has statistically been OK but has failed the eye-test sometimes, and DC Mike Pettine is one the hot seat as fans fear a defensive letdown will derail an otherwise championship team. The pass rush has been aces when Green Bay plays from ahead, and Za’Darius Smith leads the team with nine sacks. Preston Smith and a fast-improving Rashan Gary have combined for five more. The secondary is a little banged-up with S Darnell Savage listed as questionable with a bad back. Corners Kevin King and Josh Jackson are also questionable, leaving the back-end a little shallow if nothing else.

Take a Lambeau Leap and Lay the Points

This feels like a basic game to breakdown, in my opinion, so much so that I almost paused due to how much the needle tilted in Green Bay’s favor. Sometimes, an overly secure feeling about a bet is a sign that you are missing something, but I don’t think that is the case here. Aaron Rodgers is simply light years ahead of Carson Wentz at this point, and that isn’t smoke. One is a legit MVP candidate, and the other is losing grip on his starting spot. The Adams-Jones duo for Green Bay is outperforming any two playmakers on Philly’s side, and Green Bay has found the right role for guys like Jamaal Williams and Marcedes Lewis to chip while Philadelphia struggles with playmaking consistency and depth. Offense against offense Green Bay is at least eight points better right now. When Green Bay plays an offense that can go point-for-point (Tampa Bay, New Orleans), the Green Bay defense becomes a liability as they struggle when they have to play both the run and the pass. Philly is not that kind of offense - they couldn’t crease the leaky Seahawks D last week - and Green Bay is going to get out to a lead. Look for this one to break right along some season average lines with the Packers cruising to a 31-20 win.