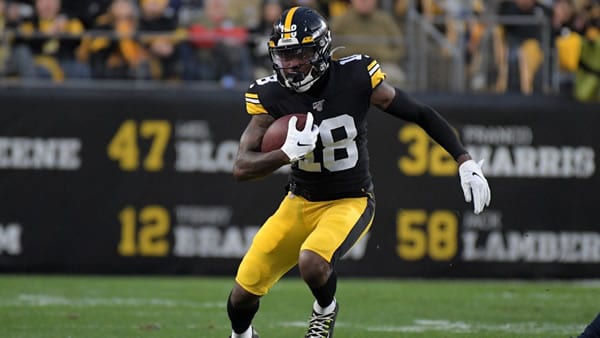 After several postponements stemming from COVID-19, the Pittsburgh Steelers finally got the chance to take the field on Wednesday against the depleted Baltimore Ravens. Despite the fact the Ravens were down numerous players, they still put up a respectable fight, but it was not enough to end Pittsburgh’s undefeated campaign. The Steelers 10-0 SU record has been scrutinized because of the soft schedule, and it does not get any more difficult on Monday when they host the 4-7 SU Washington Football Team at Heinz Field. The former Redskins have won two straight games but will still be nearly double-digit underdogs on this road this Monday in front of a nationally televised audience.

The former Redskins have amassed wins over the Bengals and Cowboys in recent weeks by a combined score of 61-25. The argument for those wins comes in the form of the competition and specifically two of the worst defenses in the NFL. Washington will get a much stiffer challenge this Monday when they square off against one of the best defenses in the NFL that has given up 14 points or less in their last three games. In last week’s close 19-14 win over the Ravens, the Steelers defense came up big on several occasions, including a pick-six, which proved to be the difference in the outcome. At first glance, the Steelers may appear to be unwarranted 9 point favorites due to some close scares in recent weeks against the Cowboys and a depleted Ravens staff. However, the Steelers defense still has an extremely favorable match-up against the limited mobility of Washington QB Alex Smith, which should be taken into consideration for betting purposes.

The critical focus in this match-up should surround both offenses. We can make arguments that both the Washington and Pittsburgh defenses have been playing exceptionally well. The former Redskins have one of the best pass defenses in the NFL, and their physicality should be able to challenge the short-mid range passing routes that the Steelers traditionally run. Meanwhile, the Steelers have an elite pass rush that is going against one of the weaker offensive fronts in the NFL, which is sure to cause some mismatches throughout 60 minutes of play.

More MNF Picks: Bills vs. 49ers Against the Spread Pick >>>

With those things in mind, this betting match-up really comes down to the offenses that can make the clutch plays to keep the chains moving and manufacture scoring opportunities. In recent weeks, the Steelers have put a heavy focus on attacking through the air. I give props to Head Coach Mike Tomlin for not waiting to lose a game before making this move. Simply put, the Steelers’ run game has been bad. As a result, QB Ben Roethlisberger has attempted passing totals of 42, 46, 46, and 51 over the last four weeks. During that stretch, Big Ben has averaged 285 yards passing with ten touchdowns and just two picks. Obviously, this week’s match-up is not ideal, but Roethlisberger is an experienced veteran that makes high-percentage passes. The receiving corps of the Steelers surrounding JuJu Smith-Schuster, Chase Claypool, and the emerging talent of Diontae Johnson has enough talent to challenge Washington’s defense, and I believe they will chew away on the underneath routes to keep the ball moving forward.

Bet on the Steelers defense in week 13

The main reason I like the Steelers this week despite the 9 point spread is because of defensive potential. Pittsburgh’s defense did not even play well against a depleted Ravens squad last week, yet they still only allowed 14 points while scoring a defensive touchdown in the process. More importantly, I think the difference between the Pittsburgh defensive line and the Washington offensive line is too big to ignore. Washington has allowed 35 sacks this season with is the 3rd worst in the NFL. Meanwhile, the Steelers lead the NFL by a wide margin with 41 sacks. This is a nightmarish match-up for the immobile Alex Smith.

I believe the Steelers will create turnover opportunities and short-field scenarios that will help drive the offense to higher scoring. I simply love the match-up, and I also believe Pittsburgh will have an answer for Washington RB Antonio Gibson. In recent weeks, Gibson has been the biggest playmaker for the Washington offense, with six touchdowns over the last three games. Similar to Smith, Gibson also faces his toughest challenge in recent memory, and I just don’t have enough faith in Washington’s scheme or play calling to project many paths where they have a successful afternoon.